Jaipur Coronavirus Update, COVID-19 Today Positive News; Rajasthan Police ASI Sunderlal Perform funeral of 430 COVID-19 Victim | Sub Inspector did duty for 5 months at Kovid Hospital, cremating 430 people who died of Corona; Did not even meet the wife at the anniversary 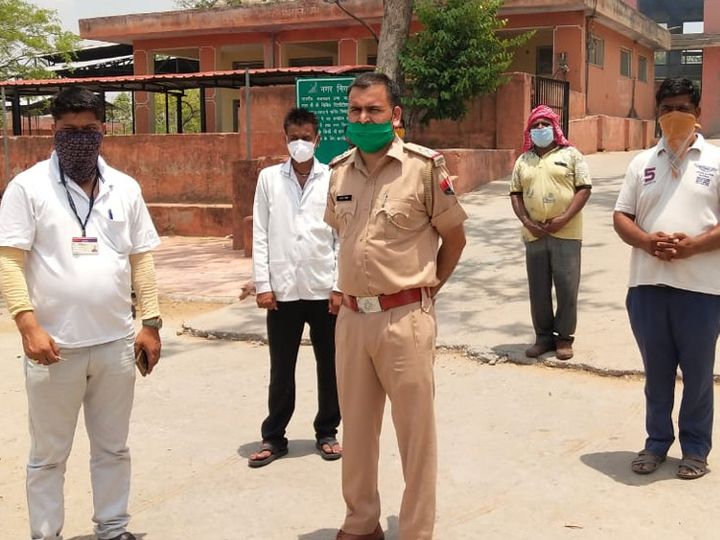 SI Sunderlal and his teammates cremated around 430 people who lost their lives from Corona.

Date 3 March. City Jaipur Place Rajasthan University of Health Sciences, people of the city call it RUHS. It is evening, some suspected corona patients are brought here. The ear-to-ear news and the accompanying panic also spread to the hospital.

The eight-storey hospital becomes vacant within 24 hours. Within a week, the situation becomes such that the police have to be called. Finally on 10 April, Sub Inspector Sundarlal along with the team was posted to RUHS. He was sent for only 14 days. But this duty became about five months long. During this time, the team cremated 430 people who lost their lives from Corona. Many people who were cured reached home. Sometimes by taking it yourself and sometimes by paying rent.

Right now, on September two, Sundarlal has again come to his police station. He translated his experience of five months into poems and published a book. Sunderlal shared five months of experience in five stories. Read on…

First story: Five-year-old girl dies of corona, father did not even go near

A five-year-old girl died of corona. The father was outside the hospital. Kept looking away. He did not even have tears in his eyes. Was just afraid. Of his life. He refused to go to the funeral, far away to do the last rites of the innocent. After much persuasion, he agreed to walk together. Somehow persuaded her to perform the last rites of the child.

Second story: Afraid that someone gave out the wrong mobile number, then someone stopped the phone
Many patients coming to the hospital were in critical condition. His family would have even written his mobile number wrong in the hospital records. After the death of the patient, it would take several days to find his family. Even if we know, we would say that we will not perform the last rites. Some people gave the numbers correctly, but after the death of the patient, they used to close the number. The funeral of dozens of such patients was performed by me and my companions.

Third story: 9 days after his death, he found his father, if he could not come, he himself performed the last rites.

Sajan, a 20-year-old youth from Arunachal Pradesh, was admitted to the ICU on 6 June. He died on the 7th itself. The family was not known until 11 June. We got a call from Saajan's mother on June 12, when she was identified by her mobile phone. Talking to his father, he expressed his inability to come to Jaipur because of the lockdown. The father said that the son should be cremated by law. 9 days later, on June 15, we performed the last rites of Sajan and made a video call to the family to pay their last respects to the son.

Fourth story: Wife came in the news by sending a gift at the anniversary

My wife is also a Sub Inspector. But the fear is that when I talked to them and I asked them to take leave, they would say that you should stay there. Won't come in between. When he comes, he will come with full leave. Could not even meet wife on their wedding anniversary on 20 April. Mask, sanitizer, Giloy, aloe vera juice were sent to him in the gift and then made headlines in the media. 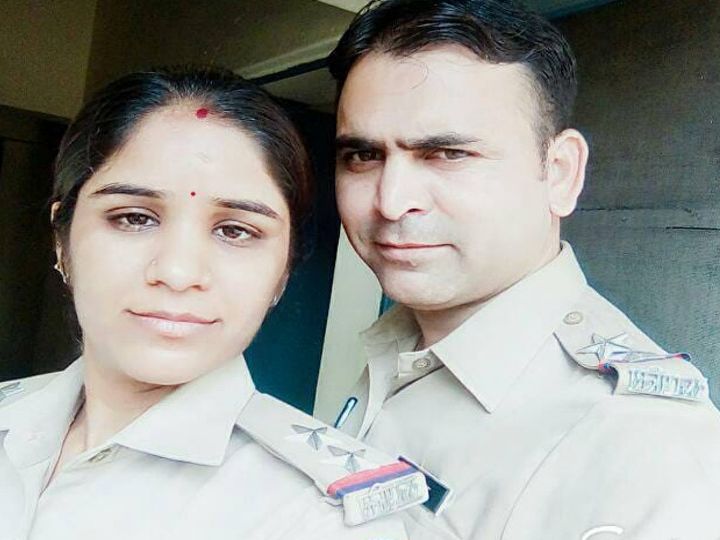 Sunderlal's wife Manju is also SI. The two had their wedding anniversary on 20 April. Sunderlal could not even meet his wife due to duty at Kovid Hospital.

Fifth story: The mother was not alone in the hospital, so the family lived with someone for 24 hours.

A 63-year-old woman was Corona positive. The mother should not have trouble alone, so even after being coronary negative, the lawyer's son used to stay in the ward with the mother for 24 hours. The son remained there until the mother recovered. After the mother recovered, the two went home together. There is another such story. When a woman came to the hospital, she was accompanied by three people. Woman's daughter-in-law, daughter and son. Until the woman was cured, one of the three lived with her all the time. The three members had split shift c. Until the second one comes, the first one does not go. Seeing this, Corona also cannot end the relationship in our country.