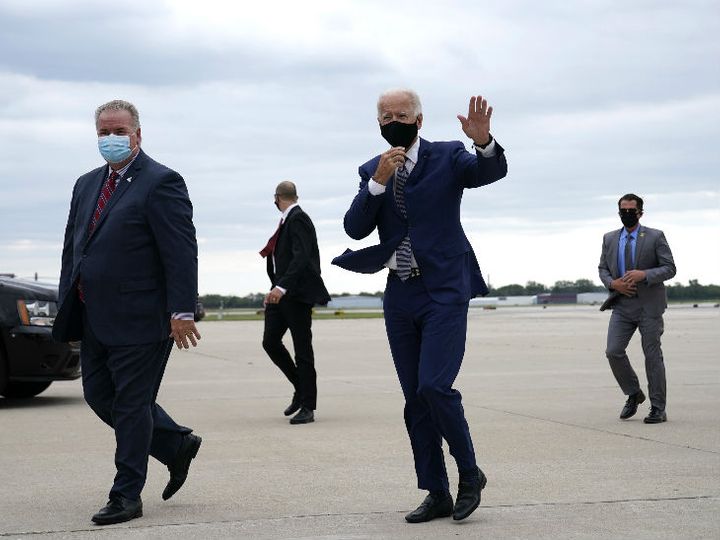 Democratic presidential candidate Joe Biden arrived in Wisconsin on Thursday. He will meet the family of black man Jacob Blake here in Kenosa City. He will also interact with businessmen, social workers and law and order officials.

A policeman shot Jacob Blake seven shots during his arrest on August 23. It was only after this that riots started in Kenosa city. During this time shops and vehicles of many people were broken into and set on fire. Jacob is currently admitted to the hospital.

President Donald Trump also arrived in Kenosa two days ago on 1 September. However, he did not meet Jacob's family. His motive for going to Kenosa was to thank the law and order officials, who handled the riots properly. During this time he also met the traders affected by the demonstration.

According to Kenosa police, so far 252 people have been arrested on charges of rioting. There are 132 of them who do not live in Kenosa City. At the same time, about 15 crores so far. (2 million dollars). There are more than 40 law enforcement agencies deployed in the city.

This is Biden's first campaign in Wisconsin after two years. Also, for the first time since 2012, a Democratic presidential candidate arrived here. Hillary Clinton also did not come here in 2016. Republican 1988 Ronald Reagan won from Wisconsin. After this, the Democratic victory continued here. Last year, this trend was broken and Trump won from here. However, Trump's margin of votes was also less than 23 thousand.