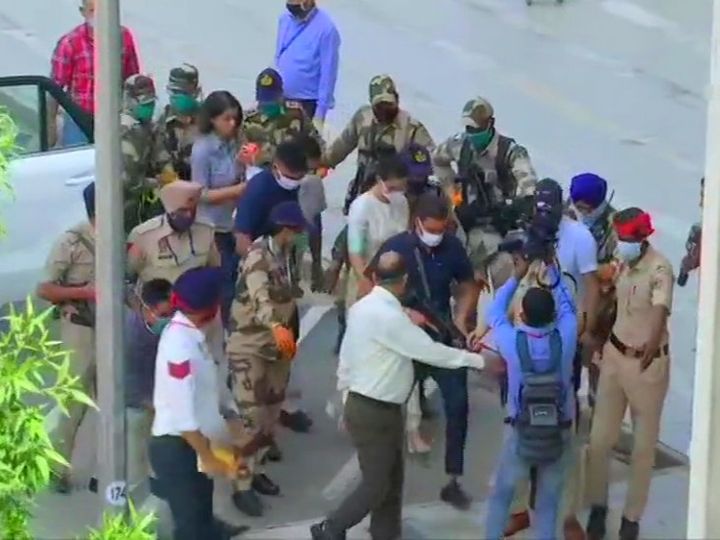 Actress Kangana Ranot is scheduled to arrive in Mumbai with her sister in a few minutes in Y category security. More than two dozen activists of Ramdas Athawale are also present at the Mumbai airport to protect the actress. A large team of Mumbai Police and CISF are active for security at the airport.

Earlier on Wednesday morning, BMC opened a bulldozer at Kangana's office over illegal construction. The operation started at 10.30 am and lasted till 12.40 pm. During this operation, the balcony and the inside construction from the exterior of the office have been badly broken. During this time, some people living nearby also opposed this sabotage. However, the Bombay High Court has stayed the action of BMC till further orders. The next hearing in the case will be at 3 pm on Thursday.

Sharad Pawar said – This action was non-urgent
Meanwhile, NCP chief Sharad Pawar commented on this action, saying that there are more illegal constructions in Mumbai and this action is unnecessary. It remains to be seen why BMC has taken this decision. This action has given Kangana a chance to speak. BJP leader Ashish Shelar has called it an action taken in retaliation. He said that this is not an action taken due to city planning. We oppose it.

In 24 hours, BMC gave two notices to the actress

BMC gave two notices to Kangana's office for breaking illegal construction within 24 hours. In which the reply filed by Kangana's lawyer Rizwan Siddiqui in view of Tuesday's notice was rejected, with BMC citing several violations in the ongoing construction in his office. Executive Engineer of BMC said that he was satisfied that (illegal) constructions were being done and the actress had failed to grant permission / approval / sanction for the same as per BMC laws.

The notice also warned that apart from the fine, the actress could be imprisoned for a minimum of one month and a jail sentence of one year. 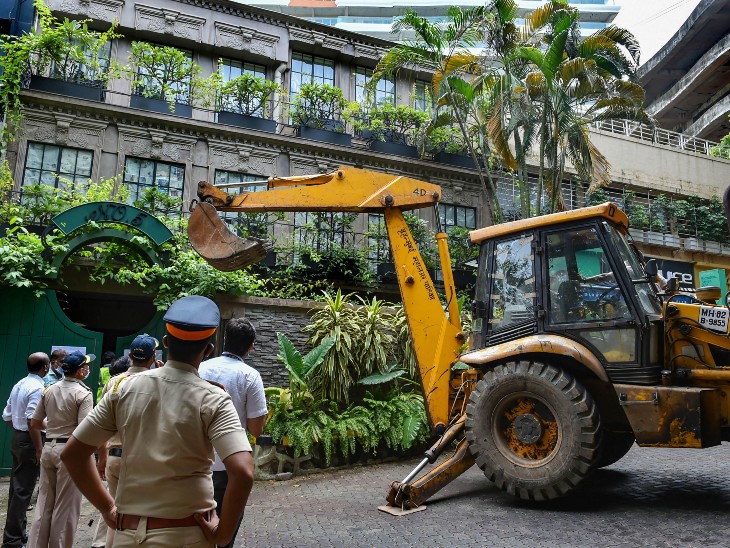 'Jhansi Ki Rani' slogans chanted for Kangana at Chandigarh Airport
The actress left for Chandigarh by road with full security from Bhamla in Mandi in Himachal on Wednesday morning and reached Chandigarh Airport at around 11 am. Earlier, a gypsy of the Punjab Police was waiting for Kangana as soon as she reached Kurali in Punjab. The gypsy escorted Kangana to Chandigarh International Airport. When Kangana, dressed in a white sari, arrived at the Chandigarh airport, the people there addressed her as 'Jhansi Ki Rani'. The actress also shook hands and responded to the public. 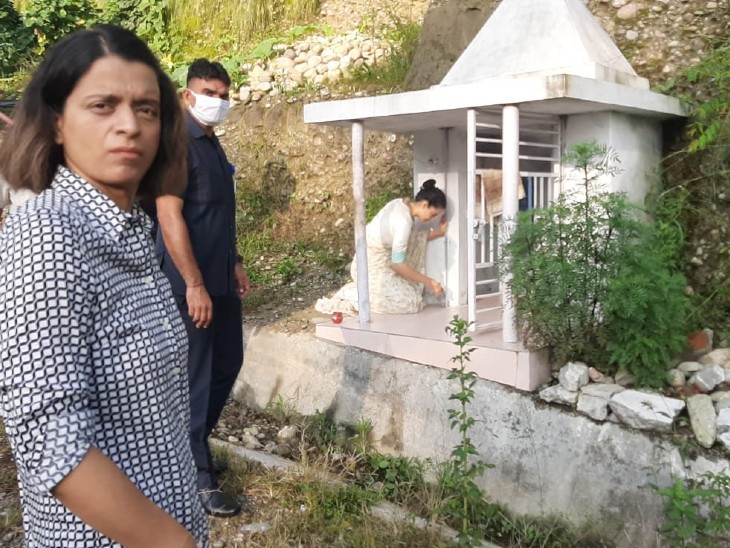 Kangana Ranaut, an actress turned out for Chandigarh, worshiped in a temple in Kothi area of ​​Hamirpur district of Himachal.

Kangna's medical test twice
Kangana also underwent Corona test twice before leaving Mumbai. In the sample taken late at night, Kangana's investigation report has been found negative. Earlier, Kangana's sample taken in Manali was inconclusive (no result). Due to which the Health Department in Mandi had to take the sample again at night. On Monday, Kangana's sample was taken for examination in Kullu. A sample of his PA was found to be negative in the investigation. CMO Mandi Dr. Devendra Sharma has confirmed Kangana's report. Kangana danced in the temple at Kothi in Hamirpur district before leaving for Mumbai. During this time his sister Rangoli was also with him.