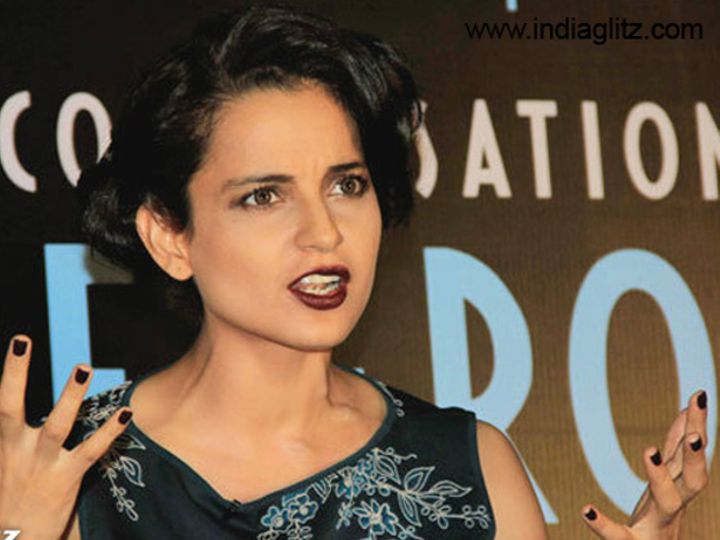 The fight between Kangana Ranot and Nikhil Dwivedi began after the actress's response to a tweet by Manish Jagan Agarwal, the leader of the Samajwadi Party.

In the midst of a dispute with the Shiv Sena, Kangana Ranot attacked filmmaker Karan Johar and said that he or his father did not make it. After this he had a fierce debate with actor and producer Nikhil Dwivedi. During this time, when Kangana described the film industry as an evil, Nikhil retaliated and asked her how she is resting here when the film industry is so crazy.

Kangana and Nikhil's debate started after Samajwadi Party's digital media co-ordinator Manish Jagan Aggarwal's tweet. In this tweet, Manish accused Kangana that she wants to move forward by abusing others and targeting them. Manish also wrote that the film makers like Karan Johar have built the industry with collective hard work.

The industry is not just created by Karan Johar / his father, by every artist and laborer, from Babasaheb Phalke, the military who saved the borders, the leader who protected the Constitution, the citizen who bought the ticket and the audience The industry has been played by crores of Indians. https://t.co/klkJlqcJ6C

Father of industry Karan did not make: Kangana

Attacking Manish's tweet, Kangana wrote, “The industry is not just created by Karan Johar / his father. Every artist and laborer from Babasaheb Phalke has created it. The military who saved the borders. That leader, The one who protected the Constitution. The citizen who bought the ticket and played the role of the spectator. The industry has been created by crores of Indians. “

Nikhil Dwivedi jumped in the middle

After Kangana's tweet, Manish did not reply. But Nikhil Dwivedi jumped in the middle. He wrote, “In this way every single person in the film world has produced the whole of India. We have contributed in everything in the same way. In making you as well. We have bought the ticket for your film. But tomorrow you If we do something wrong or right, we can neither blame the entire film world nor can we get hurt. “

What did you build? Item Number? Most of the comedy films? Of drugs culture? Treason and Terrorism? The world laughs at Bollywood, mockery is made everywhere in the country, Davud has also earned money and name, but if you want honor, try to earn it, not to hide black tricks. https://t.co/PbFlDage82

Kangana was shocked to see Nikhil Dwivedi's answer. He wrote, “What produced? Item numbers? Most of the blockbuster films? Drugs culture? Treason and terrorism. The world laughs at Bollywood. There is mockery everywhere in the country. Dawood has also earned money and name.” . But if you want respect, try to earn it, not to hide the black tricks. “

Nikhil's question – what attracted you?

Nikhil too became strict after seeing Kangna's tweet. He retorted and asked the question, “If this was such an absurd place, what attracted you here that you left all this and stayed here even after enduring so many troubles? You must have seen something right, haven't you? That right We also see. Be sure to expose black acts like every industry should. We support you. “

Yes, I was attracted because the mafia which is persecuting and oppressing people here, its poll was to be opened one day, and opened 🙂 https://t.co/kypblkYjvb

Kangana's answer- Poll was to open one day, opened
Kangana responded by writing to Nikhil, “I am attracted, because the mafia who is persecuting and oppressing people here had to open its pole one day, and opened up.”

Pakistan Cricket Condition | Pakistan Cricket Board (PCB) on Players over Coronavirus COVID-19 Test Fee and Charges | PCB demands corona test money from many officials including 240 players, the board does not even have lab and hospital facilities