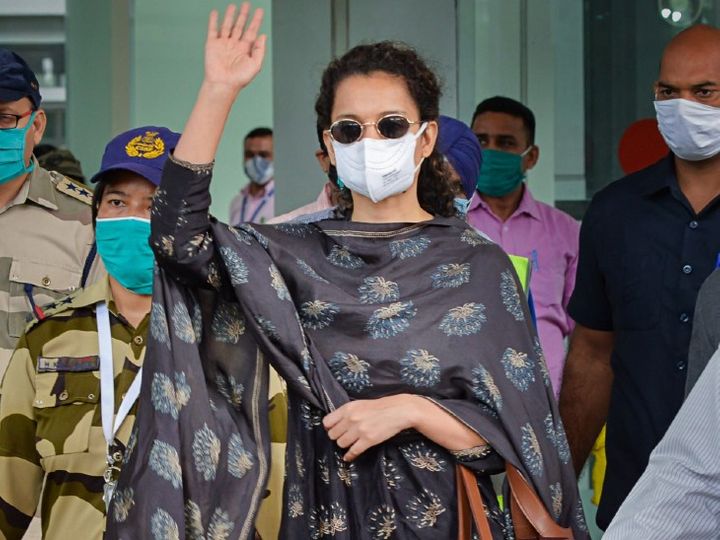 Kangana reached Chandigarh from Mumbai on Monday. The Punjab Police had deployed security forces led by the Airport DSP.

Kangana Ranot reached Chandigarh from Mumbai on Monday morning with Y Security. Kangana's arrival was already reported to the Punjab Police and the Security Wing of Chandigarh Airport. Therefore, the police had deployed security forces led by the Airport DSP. There was a ban on the departure of common people from the way Kangana was to arrive at the airport.

As soon as Kangana came out of the airport terminal, the CISF and Punjab Police personnel cordoned off. On leaving Mohali, Kangana posted a message on social media and said – 'My security has remained nominal after landing in Chandigarh.' But, in reality there was no reduction in his security. 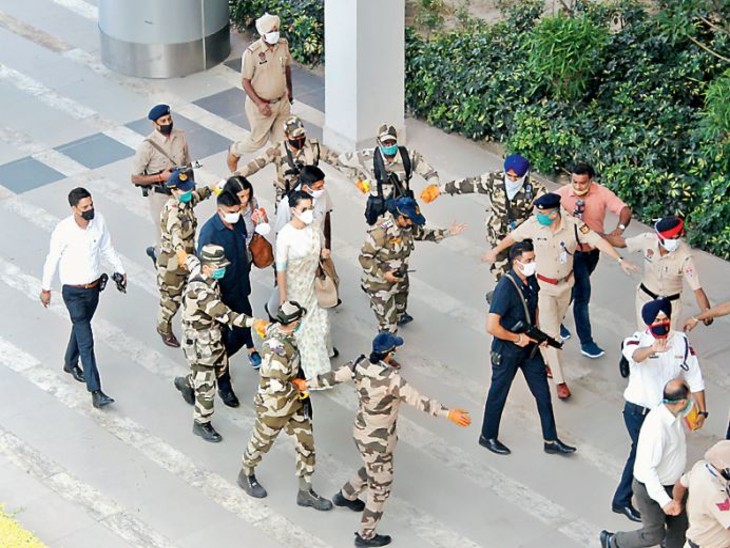 SSP Kuldeep Singh Chahal also said that Kangana was given protection under the protocol.

When Kangana went from Chandigarh to Mumbai last week, she was still as young as she was on Monday. SSP Kuldeep Singh Chahal said that Kangana was provided protection under the protocol. Punjab Police personnel were stationed from the airport terminal to the train where Kangana was supposed to sit. There were about 22 jawans within a radius of 100 meters. DSP Airport Jatinder Pal Singh said that a DSP of Punjab Police, 22 policemen, 6 commandas and about 10 CISF personnel were deployed under Kangana's security.

37 policemen were standing on the way to Ropar
When Kangana left for Manali in her car, the Punjab Police vehicles were back and forth. There were about 6 to 8 jawans in both the trains. Around 37 soldiers were stationed at the intersection of the road leading to the Ropar border.