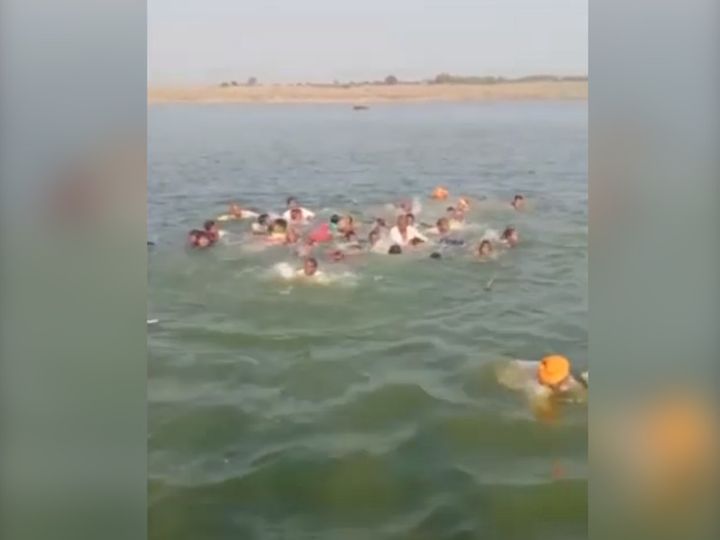 Due to over-riding, the boat overturned in the middle of the river.

Seven people were killed when the boat capsized in the Chambal river near Etawah in Kota district. 8 people are missing. It is being told that the boat carried more than capacity and luggage. This caused the boat to overturn. According to the local administration, there were 30 people in the boat. 7 bodies have been recovered from the river. On the other hand, locals say that 14 bikes were also placed in the boat.

Immediately after the incident, villagers present at the scene tried to save the drowning people. However, some people drifted as the flow intensified. Police said that these people were going to Kamleshwar Dham. Most of those killed are residents of Gothal art. 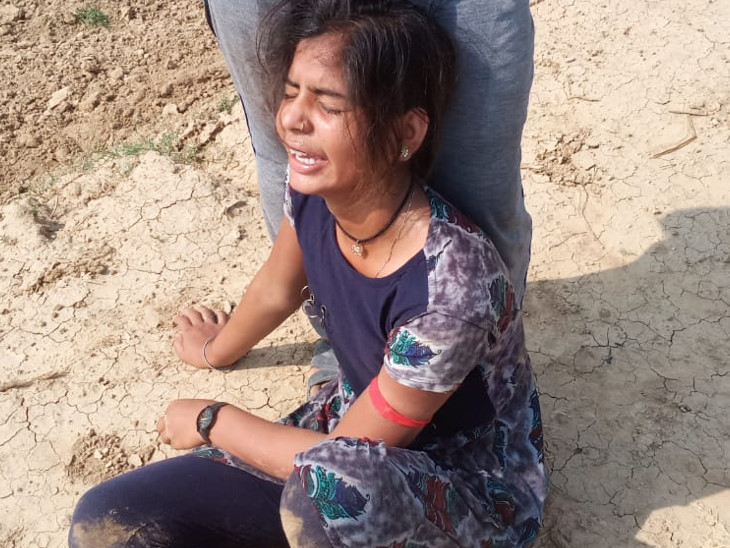 This photo is from the scene. This girl was also in the boat, but survived.

The accident occurred at 9 am between Chanada and Gothada village. The good thing is that the presence of many people on the spot helped in the relief work and some people were saved. 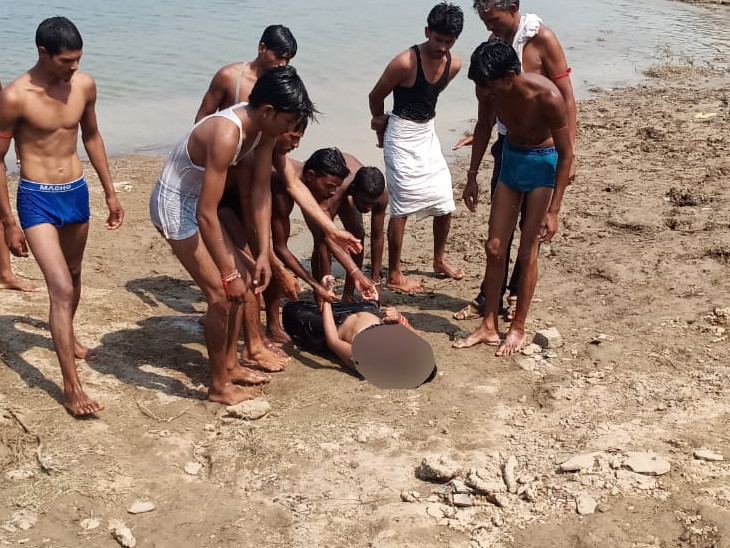 The locals took out the body of a woman from the river.

The bikes were tied with no feet
People said that the condition of the wooden boat was already bad. Even after this, more passengers were seated than capacity. Also, bikes were also tied with the boat to cross the river. Because of this the boat could not bear the weight and sank. 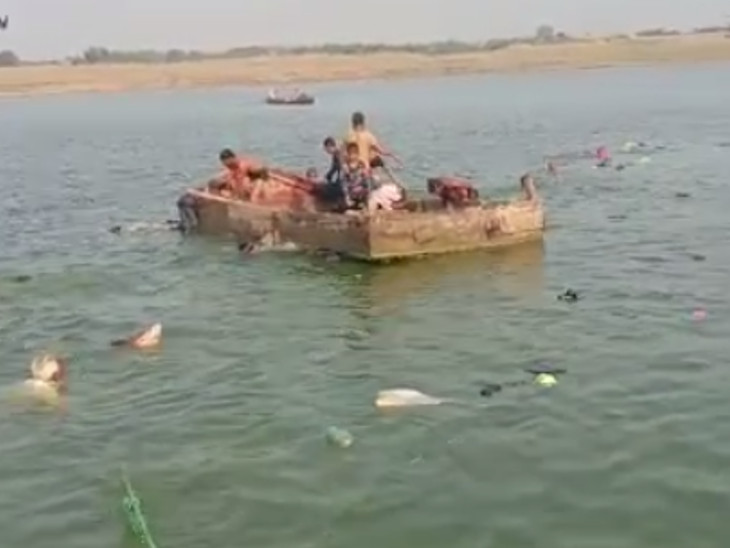 Another boat arrived to save people. 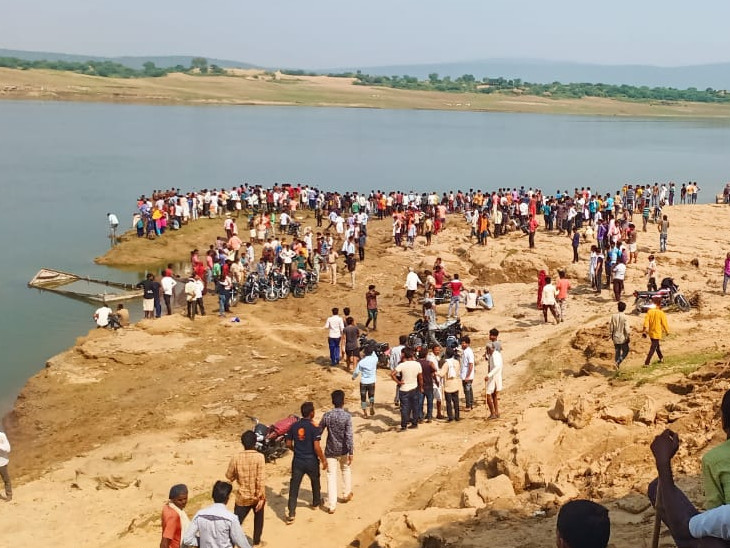 A crowd of people on the spot. 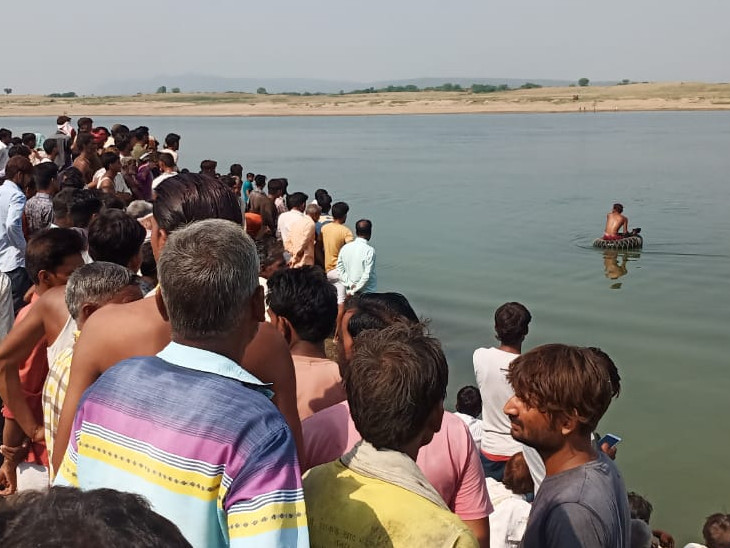 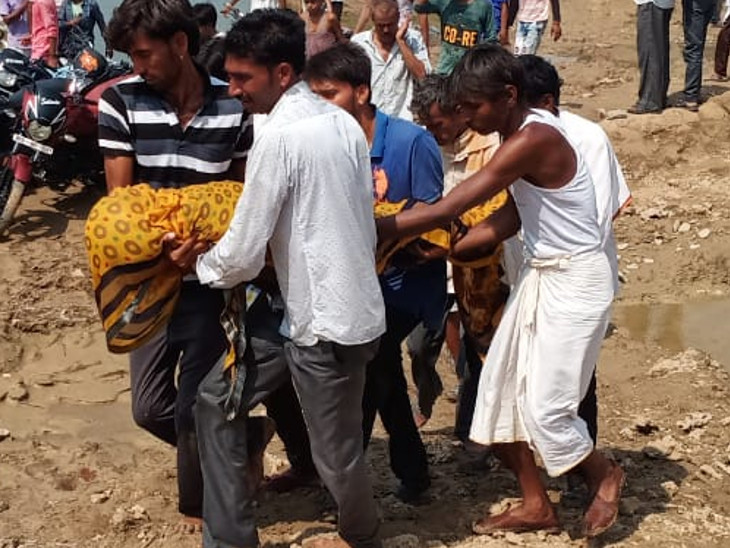 The bodies were sent for post-mortem.