This will be the first time that the Indian Army will not vacate the Forward Post adjoining China in Ladakh even in winter. These will be the first winters after the China War of 1962 when the temperature will go down to minus 50 degrees, but despite the snowfall, our troops will remain at these posts. Until last year we used to vacate most of our posts in winter. From the end of October, this work of emptying the post used to start and then came back in March itself. However, the roads which were closed for six months earlier, are now blocked for four to five months.

At present, post deployment in winter depends on the antics of China and it is impossible to resolve the dispute in the next few weeks. While the winter is barely 4-5 weeks left. For more days, more soldiers will be stationed there, then expenses will be more. And this time the army has also deposited the ration of the next one year in Ladakh. 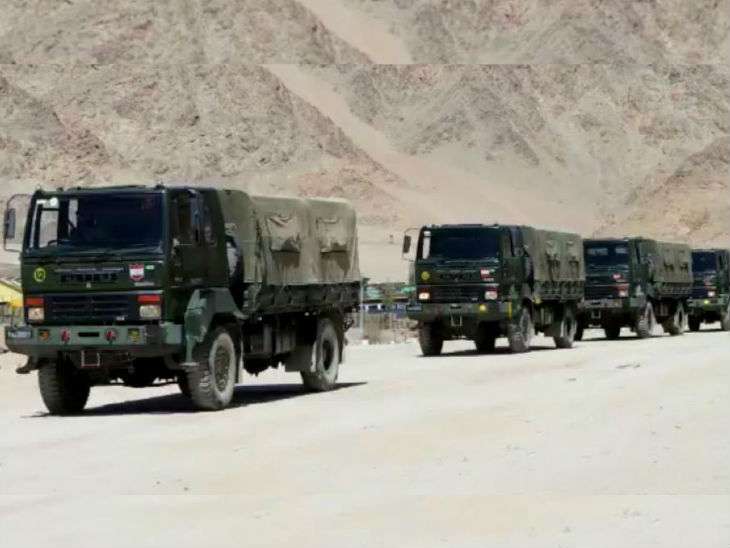 A convoy of Indian soldiers on the Leh highway. Considering the tension with China, it is believed that this time the army will need almost twice as much stock and ration.

20 lakh rupees for a soldier

There are 75 thousand soldiers in the 14th Corps of the Army in Ladakh. This time 35 thousand more forces have been sent there. The Army recently shifted its three divisions, Tank Squadron and Artillery, to the Ladakh sector amid the China dispute. The cost of a soldier for an army checkpoint at an altitude of 15 thousand to 19 thousand feet is Rs 17-20 lakh. Which does not include the cost of weapons, ammunition. No army in the world deploys so many soldiers at this height. There is also a record of stocking the largest amount of goods for the winter every year, part of the 14th Corps of Ladakh.

3 lakh tonnes of goods are delivered to Ladakh in October every year.

In the month of October, both the routes connecting Ladakh with the rest of the country, Zojila and Rohtang, are closed. Every year 3 lakh tons of goods are transported to Ladakh for the army before the road is closed. For six months, the army lives in Ladakh region due to this advance winter stocking exercise.

Between March and October, the army sends 150 trucks of rations, medical, weapons, ammunition, clothes, carts and electronics to Ladakh every day. It also contains kerosene, diesel and petrol, due to which the winter is cut due to the heat. It costs one lakh rupees for special clothes and tents for every jawan in winter. Including three-layer jackets, shoes, goggles, masks and tents.

Now that our army is preparing to compete with China, Mirror Deployment means that India is also deploying as many soldiers as China has deposited on the border, then the army will need almost double the stock and ration. 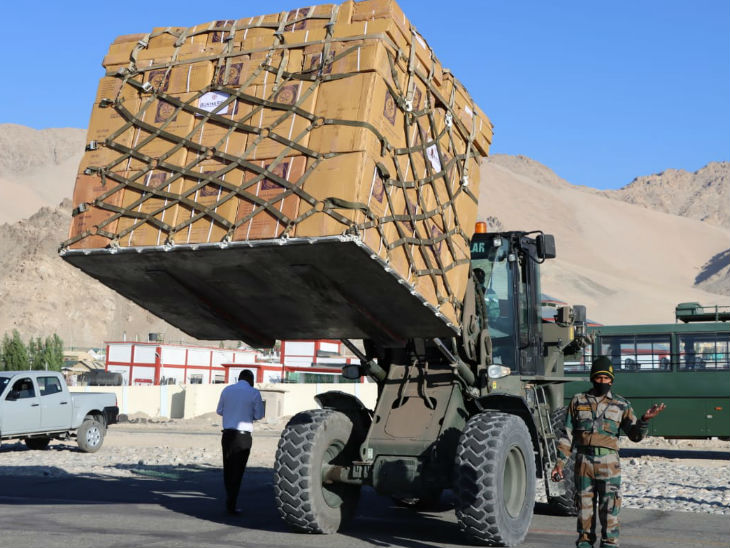 Between March and October, the army sends 150 trucks of rations, medical, weapons, ammunition, clothes, carts and electronics to Ladakh every day.

Last month, Chief of Defense Staff General Bipin Rawat appeared before the Parliamentary Committee. They have said that the army is ready for a long battle over the Line of Control in winter. All the areas of Pangong, Chushul and Galvan where there have been skirmishes between the armies of the two countries since May, the altitude is more than 14 thousand feet. In Ladakh, which is called the icy desert, the cold is much more in the rest areas.

Drass near Kargil is the second coldest region in the world after Siberia. Where the temperature in winter goes to minus 60 degrees. The height of Dras is 11 thousand feet, Kargil is 9 thousand feet, Leh is 11,400 feet. While the Siachen ranges from 17 thousand to 21 thousand feet. Daulat Beg Oldi (DBO), located on the Line of Control with China, is at 17,700 feet and Demchok at 14 thousand feet.

What kind of deployment will happen on the China border depends on the negotiations that are going on between the two countries at the military and diplomatic level. India has more experience, we keep a full year deployment on the Line of Control with Pakistan and winters are very challenging in most areas of Kashmir too.

When the Kargil War took place, we decided that we would not vacate the posts adjacent to Pakistan. Otherwise our deployment would have been different before that. Winter deployment postures were also different in winter deployment on LAC. Casualty never took place after 1962 but this time in Galvan. So this deployment has to be changed. 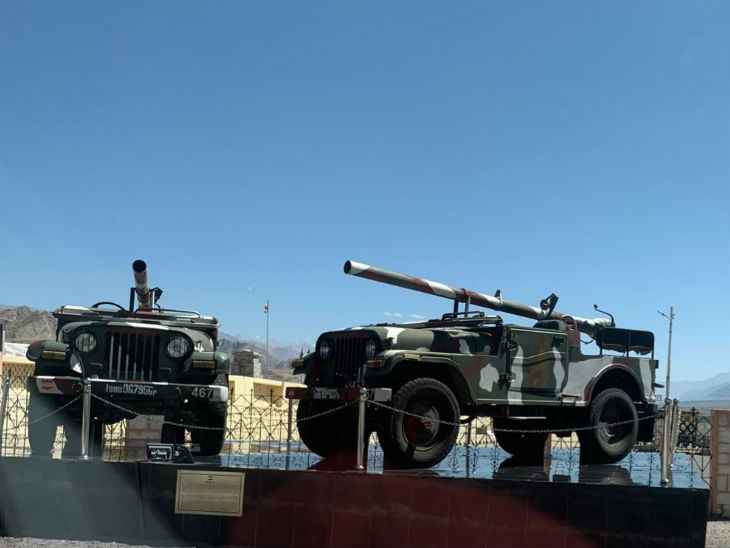 There are 75 thousand soldiers in the 14th Corps of the Army in Ladakh. This time 35 thousand more forces have been sent there. The Army has recently shifted its three divisions, Tank Squadron and Artillery, to the Ladakh sector.

Revenge of Engagement for the first time – Now talk far away, or else pill

Changes are scheduled in LAC after Galvan. The army has changed the way it deals with China after losing 20 soldiers in Galvan. Earlier, soldiers of China and India used to come face to face. Whereas now it is being talked from a certain distance. This is the reason that the Indo-China border has been fired thrice in the last one month.

Lessons from Siachen, the highest battlefield in the world

India is the only country which has the experience of deploying army in places like Siachen. Even China is not experienced. In Siachen, we are in a stronger strategic position than Pakistan. Although there has been a fight in Siachen, there was an attack in 1987 and Pakistan has tried to occupy the place many times. Taking lessons from this, we stopped emptying Siachen post even in winter.

The post army of Kargil area along the Line of Control with Pakistan has stopped emptying in winter after 1999. These changes have taken place after the Kargil War to infiltrate Pakistan and then free its peaks from occupation.

1. The challenge of Indo-China war in winter: 'Those bodies were frozen with weapons, if we pulled weapons, pieces of the body would also come out'.

2. The situation of India-China border / story of Leh city which has not been able to complete its sleep for three nights amid the sound of fighter jet flying in the air.

3. Report from the house of the Special Forces Martyr / A day ago Neema Tenzin said on phone, “My life is in danger in Chushul, worshiping for me, at 3 o'clock the army brought news of his martyrdom.

4. Vegetables for the Army in minus 40 degrees / Cereals will be grown in the bunker to eat for the army deployed on the China border, under ground fruit storage will become a bunker if needed.