lok sabha and rajya sabha parliament monsoon session begins news and updates 13 september 2020 | The Rajya Sabha-Lok Sabha will run in 2 shifts, for the first time in a House meeting the chambers and galleries of both the houses will be used; Masks are essential for everyone 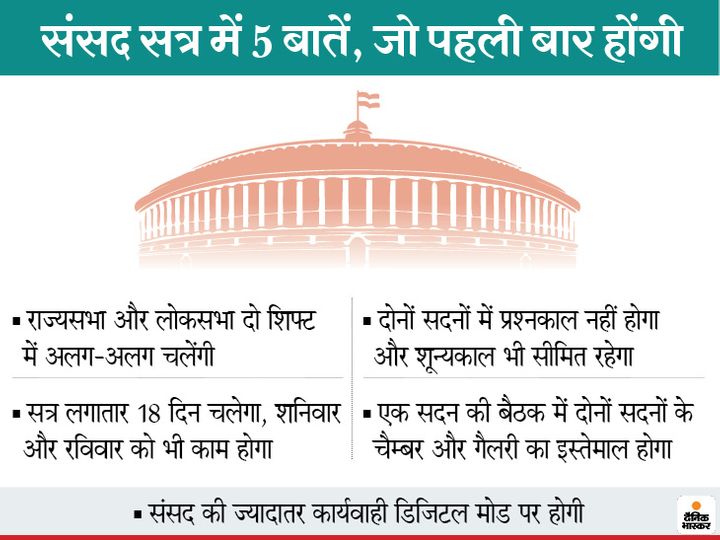 The fourth session of the 17th Lok Sabha begins on Monday amid the Corona epidemic. This time it will be historic, because for the first time, the chamber and gallery of both the houses will be used in a House meeting. There will be no Question Hour in both the Houses and Zero Hour is also limited. The session will run from 14 September to 1 October.

During this session, the proceedings will run for 18 consecutive days. There will be no holiday. There will also be work on Saturday and Sunday. Usually both houses work together, but this time will be in two shifts. The Lok Sabha will start from 9 am on Monday and will run till 1 pm.

Chances of a session going haywire
47 items will be discussed in this session. These include 45 bills and two financial items. However, this time there is a possibility of being ruckus from the beginning of the session. The opposition can also surround the government on the situation created in the country due to the Indo-China border dispute and Corona. Modi government can make its statement on this issue on Monday.

Apart from this, the Opposition may also raise questions on the absence of Question Hour in both the Houses and limiting the Zero Hour. A Kovid test of 4000 people has been conducted for this session. These include the staff working in Parliament, MPs and their staff.

What will be necessary for MPs, staff and journalists? 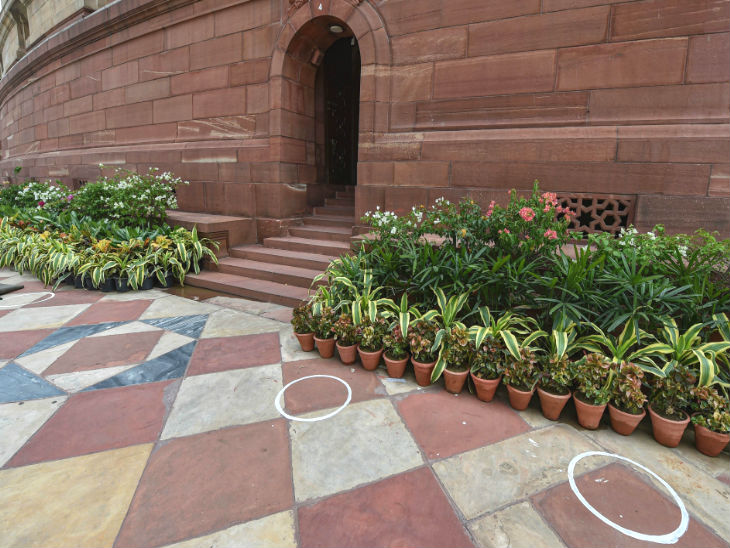 Circles have been erected on the floor to maintain social distancing at the entry point in the Parliament complex. 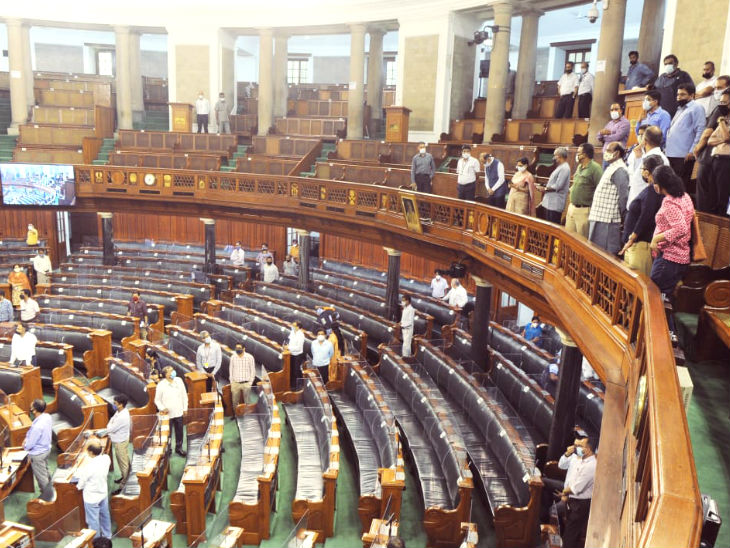 This will be the first time in the history of Indian Parliament since 1952. Rajya Sabha members will sit in both the chamber and the gallery during the session.

Parliament's canteen will be closed
The Parliament canteen will remain closed during the session. Breakfast, lunch and snacks will be packed. These will be ordered from outside. 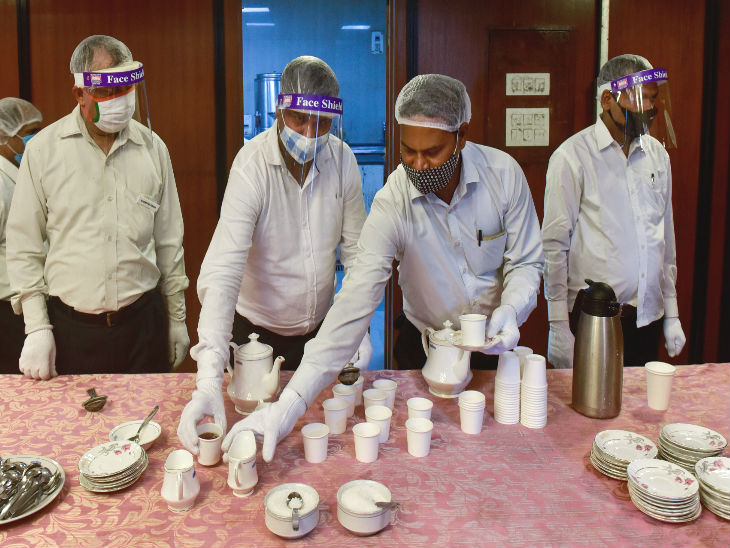 This photo is from Sunday. Members of the Parliament canteen were seen wearing masks and gloves. Preparations for the session have been going on for the last one week. During this, full care was taken of the rescue from Corona.

How will the house proceed?
Four large display screens will be placed in the chamber of the house. Six small screens will be installed in four galleries, so that members can sit separately and participate in the proceedings. Audio consoles, ultraviolet germicidal irradiation, special cables connecting the two houses for audio-video signals, polycarbonate sheets will be used to separate the officers' gallery.