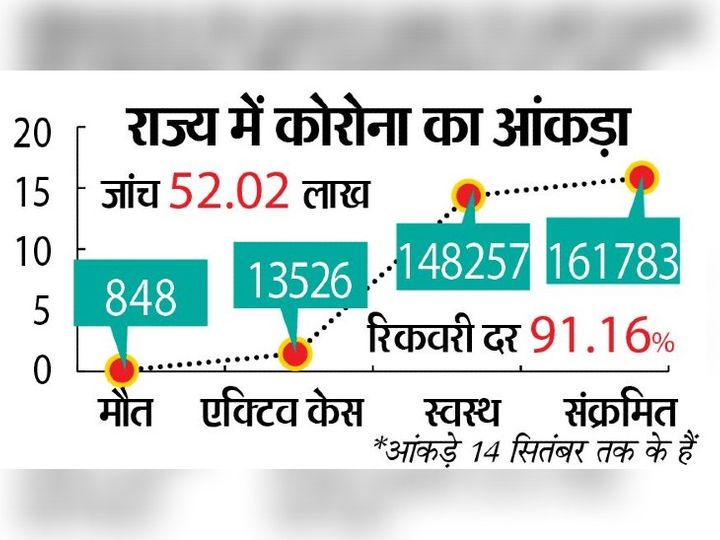 (Kailashpati Mishra) The first claim on the treasure is that of disaster victims. This announcement of CM Nitish Kumar was once again proved correct in the coronary. The first case of Corona in the state was revealed on 22 March. Since then, the government has wielded strength on every front in combating the epidemic.

Whether it be workers coming to lockdown, screening, treatment, kits, medicine and medical infrastructure. The state government has spent more than Rs 2977 crore on these arrangements. It also showed its effect. The infection rate in the state was close to 14% in July, now it is now 1.42%.

To prevent infection, the government followed the principle of tracing, treatment and tracking, a reduction in infection is the result of that. One and a half million tests were done in a day. National record also made. The state government has two components in the corona item. First, the assistance given to the migrant laborers, the expenditure on keeping them in the quarantine center, which is about 1059 crores. Second, 1918 crores spent on prevention and treatment of corona. 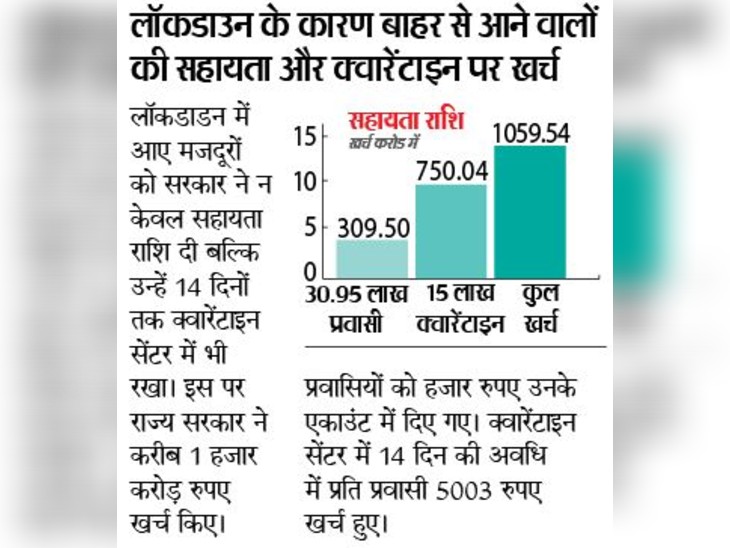 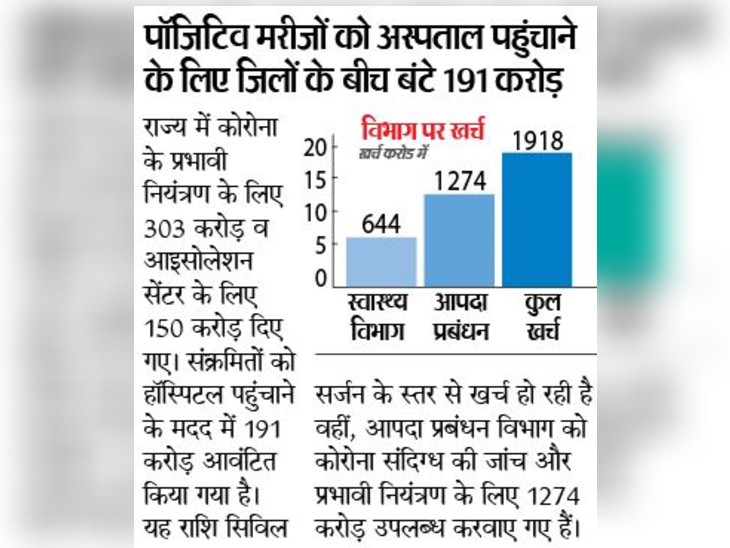 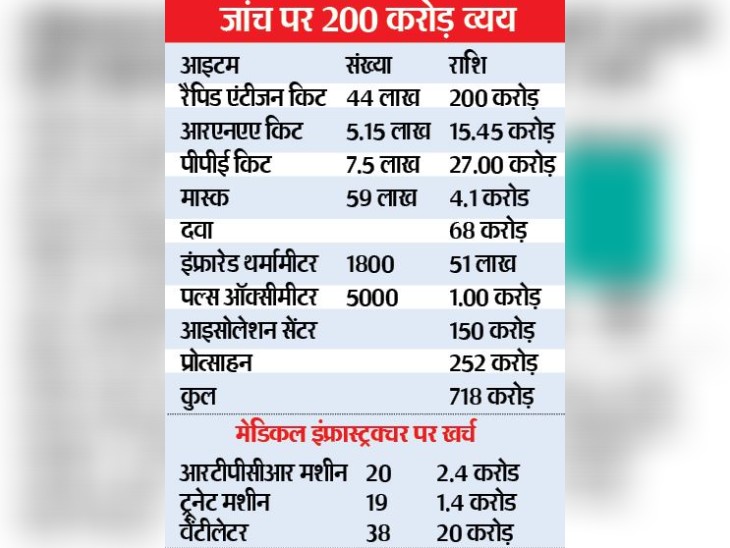 (More than 14000 doctors and health shortages were appointed during Corona)

718 crores spent on one month salary given as incentive

The amount spent in the last five months and 25 days is one month salary and isolation given as an incentive to Rapid Antigen Kit, PPE Kit, Mask, Medication, Essential Medical Equipment, Sanitizer, Doctor and Health Workers for checking corona in this amount. About 718 crore rupees have been spent to help run the center. More than 45 thousand rupees per corona patient. Health Minister Mangal Pandey says that money is not an issue in the fight with Corona. The state has received 708 crores from the State Disaster Risk Management Fund from the Center.

Equipment from the center

Compensation Provision: The state government has made a provision to provide compensation to those who died from Corona. Under which 4 lakh rupees are given to the family of the deceased. There have been 822 deaths due to corona in the state so far.

Punctured Lungs in Coronavirus COVID Patients; All You Need to Know in Simple Words | Understand from experts – what is the meaning of lung puncture in the coronary period and why should avoid applying reusable N95 mask?