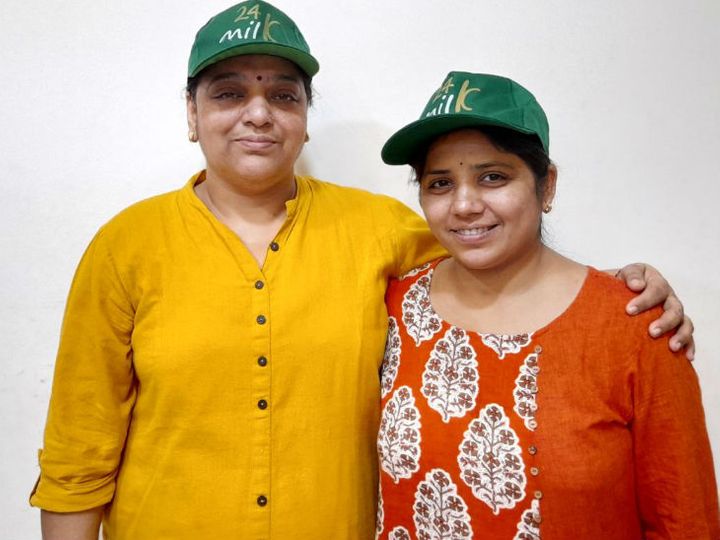 Vandana Aggarwal and Dr. Monika Agarwal of Jabalpur in Madhya Pradesh run the dairy. He started it a year ago. Today they have 400 customers, more than 200 animals.

Vandana Aggarwal and doctor Monica Agarwal of Jabalpur, Madhya Pradesh, are a sister-in-law in a relationship. Both have tremendous bonding, as well as family and also as business partners. The two together run a dairy in Jabalpur, the same high-tech dairy where the entire system is cashless and online, everything from delivery to maintenance. Currently these people supply milk, cheese and khoya to about 400 households.

Vandana Aggarwal has a Masters in Environmental Science while Monica Agarwal is a Veterinary Doctor. Vandana's father and husband are both veterinary doctors. That is, three people in the family are Veterinary doctors, so it is natural to have attachment to animals.

Vandana says, 'My son's health deteriorated in 2008. The doctor said that do not give milk outside. Not the packet at all. Then the brother bought buffalo and we started feeding milk to the child. After some time Papa said that we should do something that gives us pure milk and others too. We also liked his suggestion. Thought, let's try it. After this, my brother started small work of milk from four buffaloes. Then we didn't think of opening a dairy or starting a startup like this. 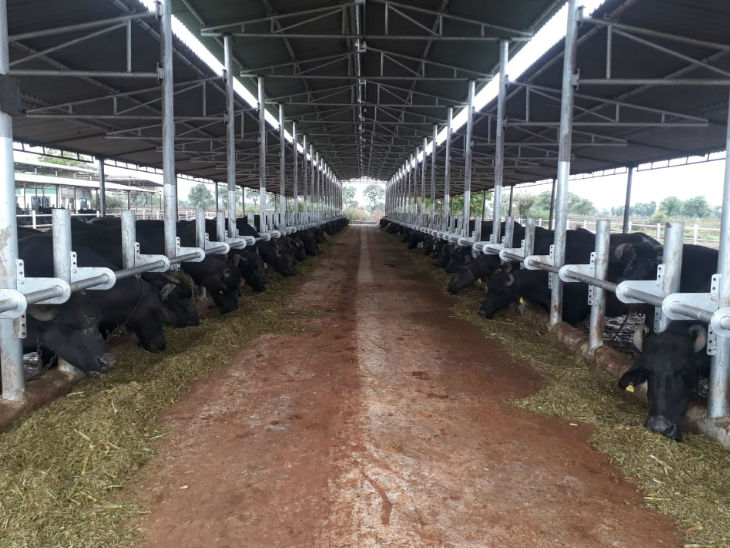 Currently they have over 200 buffalo and 10-12 cows. These people supply milk to more than 400 households.

Vandana says, 'Last year, Bhai said that we should take this work forward. But the problem was how he would manage this task alone. Then I and sister-in-law decided that both of us would handle the business together, father also gave us full support. We then took a loan from the bank and started our own dairy.

Vandana handles product promotion and delivery. Says, “Mouth publicity was the way to reach customers in the beginning. Those who liked our product used to tell others about it. Then we pasted the posters and distributed pamphlets, also gave commercials in the newspaper. In this way our customers gradually increased. At the same time, the number of animals in our place also increased. We currently have over 200 buffaloes and 10-12 cows. We supply milk to more than 400 households. There is a turnover of 2 crores annually. They are also employing 25 people. 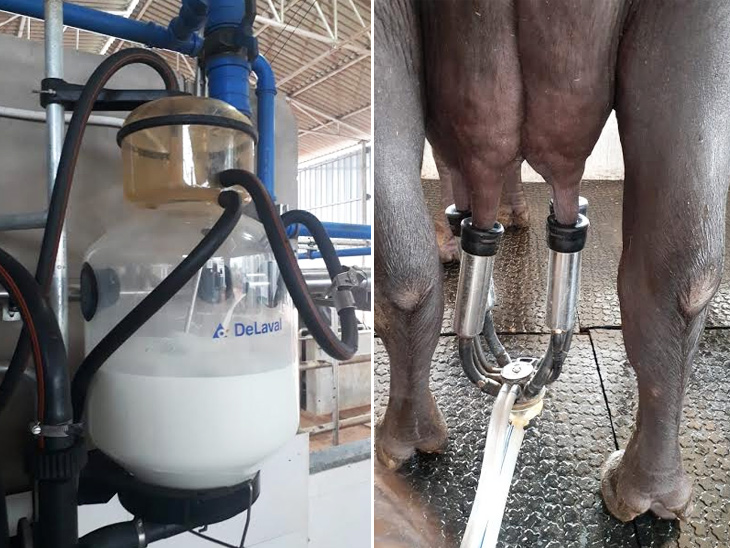 Vandana says that after extracting milk of cow and buffalo, store it in separate containers. After this, we check his quality.

Vandana's sister-in-law Monica Agarwal works for the quality of the product, caring for the animals and maintaining the account. She says, 'As a doctor, I check the health of animals as well as the quality of their milk. If the health of an animal is bad or there is any problem in milk, then we isolate it separately. Only the milk of healthy animals is passed on to customers, under no circumstances do we compromise quality. This is our strength, USP.

How to prepare a product

Vandana says that cow and buffalo store milk in separate containers. After this, we check the quality of milk. Then it is put in a bulk milk cooler i.e. BMC to cool it. From there the milk goes to the packing unit, where its packing is done. Similarly, we also prepare paneer and khoya.

Order with the help of app , Delivery and payment
Vandana says that we have made an app to supply milk and other products. This app named 24K milk is available on Google Play Store. After downloading it, you have to create your account. After that, some amount has to be added to the online wallet.

Along with this, we have given milk smart card to all the customers, which has a QR cord. When the milk deliveryman visits their home, they scan their card from the mobile. As soon as the card is scanned, money is deducted from his wallet.

Vandana says, “If a customer does not want milk someday then he does not need to call us. He can put his vacation on the app. Not only this, if he needs extra milk or any other product, then he can also tell it through the app. The next day when the delivery boy goes to his house, he will take another product along with milk. 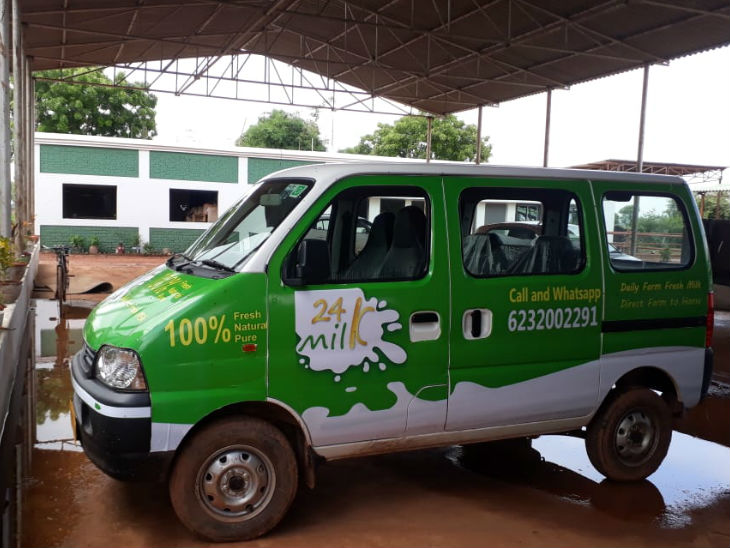 He has kept a special van for the supply of milk. In which there is also a system of keeping milk cool so that the milk does not spoil due to heat.

She says that because of everything cashless and online, it is easy to keep a book. Daily accounts, how many products were given to whom and when their holiday was on, everything is on record. Also those who are not our regular customers can also call us and order. Our delivery buys have an extra smartcard from which they scan and milk them.

Vandana says that Corona had a great advantage in having a time online system. We stuck the QR cord on the door or wall of our customer's house. We used to have milk at their place and our deliverymen scanned the QR cord with their phones.

There is no need to buy fodder from outside, prepare manure from cow dung

Vandana says, 'We do not need to buy fodder for animals from outside. We grow fodder for them on our farm and prepare their food items. We make manure from cattle dung and sell it to the farmers around. Next we are going to set up a cow dung plant.

3. The laborer of Bihar, who manufactures baits in Kashmir, got stuck in lockdown, started making bats at home, now preparing to start his own factory

Is Pakistan Corona Free Prime Minister Imran Khan Declared And School Will Open From Tuesday – schools and colleges to open in Pakistan from Tuesday, claim to control Corona

Is Pakistan Corona Free Prime Minister Imran Khan Declared And School Will Open From Tuesday - schools and colleges to open in Pakistan from Tuesday, claim to control Corona