Narcotics Control Bureau denied that Rhea Chakraborty giving out names of Sara Ali Khan, Rakul Preet Singh over alleged drug use | NCB officials say no – Riya did not name Sara, Rakul and Simone, the list made by drug peddlers is not of Bollywood celebs 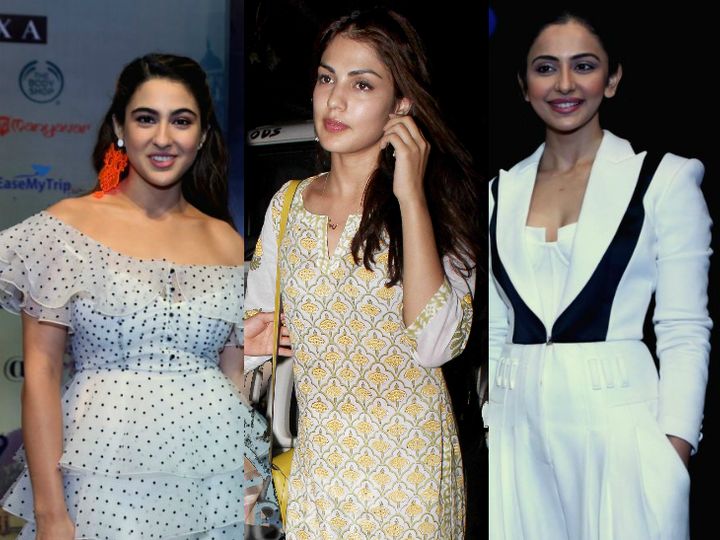 The Narcotics Control Bureau has rubbished all the reports that during interrogation Riya has named Sara Ali Khan, Rakul Preet Singh and Simone Khambata in the drugs syndicate. KPS Malhotra, deputy director of the investigating agency, has said that no such list has been prepared.

According to the Free Press Journal report, NCB has listed drug peddlers and traffickers, who are related to SSR case. The list does not include the names of any Bollywood celebrities who buy or take drugs. KPS said- We have not made any list. The list that was made earlier was of paddlers doing drugs business. The only confusion in this was that it was described as Bollywood.

Riya did not take the name of the actress

When KPS was asked if Riya had taken the names of Sara Ali Khan, Rakul Preet and Simone during questioning. So they rejected it too. They are not mentioned in the list. Earlier, there were reports that Riya had named 25 Bollywood celebs during her interrogation.

Earlier, Riya's bail plea was rejected by GB Gurao. On behalf of NCB, Special Public Prosecutor Atul Sarpande argued that Riya and Shovik used to pay for drugs and arranges so that they should not be given bail.