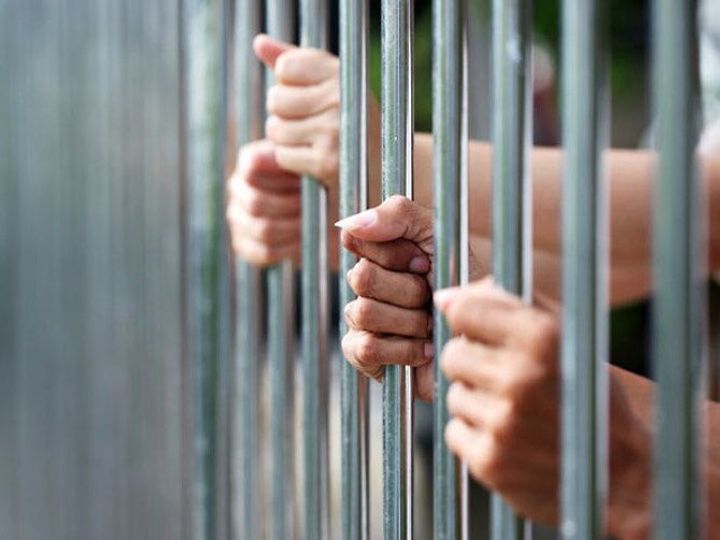 The report reveals the status of prisoners and prisons through data and data released by the state governments. (File photo)

(Dharmendra Singh Bhadoria) The common man is unaware of the prison world, away from the common people and within four walls. The National Crime Records Bureau (NCRB) report (Prison Statistics India 2019) of the Union Home Ministry has recently come out. According to the report, a total of Rs 5,958 crore was spent on 1350 jails of the country during the financial year 2019-20.

Of this, the total expenditure incurred only on prisoners is about Rs 2060.96 crore. By the end of 2019, there were more than 4.78 lakh inmates in the country's jails. In this way, the cost per day per prisoner in jails is about 118 rupees.

According to the report, the money spent by various state governments was about Rs 860 crore less than the approved budget expenditure. Whereas only half of the total prison staff is available for accommodation. The maximum expenditure on prisoners is Rs 986 crore.

Expenditure on training and education of prisoners over Rs 24 crore

After this, medicines cost about 89.48 crores. While more than 24 crores rupees have been spent on training and education of prisoners. 22.56 crore rupees were spent on prisoners' clothes and some things. Similarly, more than Rs 20.27 crore was spent on the prisoners' welfare activity.

Video conferencing facility in 808 jails by 2019

According to the report, by December 2019, video conferencing facility had started in 808 jails. The highest spending states on jails are Uttar Pradesh, Bihar, Delhi, Madhya Pradesh and Maharashtra. About Rs 675 crore more was spent during 2019-20 as compared to the previous year. There are a total of 60,790 officer-employees in the country's jails. While around 27 thousand posts are vacant.