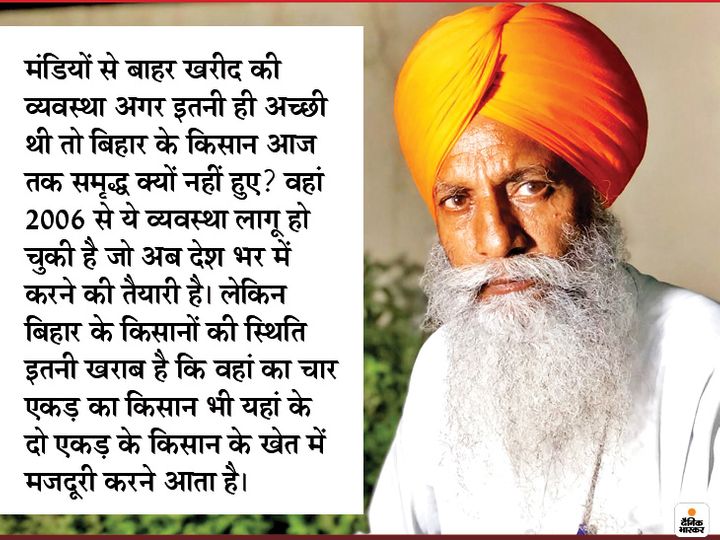 The evening is about to change. Farmer leader Gurnam Singh Chadhuni has just returned home. After being involved in agitation with farmers throughout the day, they are now surrounded by local media. Their phone is still ringing continuously and on almost every call they are answering the same thing and telling people what will be the strategy for the farmers.

This has become Gurnam Singh's routine for the last few months. Gurnam Singh is believed to have played the most important role in the farmers' agitation that is taking place in Haryana these days. Gurnam Singh, a resident of Chadhuni village in Kurukshetra district, is the president of the Bharatiya Kisan Union (Haryana).

In the last two months, he has held four big performances in Haryana. These demonstrations began on July 20, when farmers of Haryana took to the streets with 15,000 tractors. Gurnam Singh says, “The central government brought three ordinances in June. It was a period when we were not even leaving the houses due to fear of corona, but when we saw the provisions of these laws, it became our compulsion to take to the streets. These laws have been made for farming and harvesting of graves. '

Out of the three laws which Gurnam Singh is referring to, two laws have been passed by both houses of Parliament, while one is yet to be passed by Rajya Sabha. These three laws are: Farmers Produce Trade and Commerce (Promotion and Simplification) Bill 2020, Farmers (Empowerment and Protection) Price Assurance and Agreements Bill 2020 on Agricultural Services and Essential Commodities (Amendment) Bill 2020. 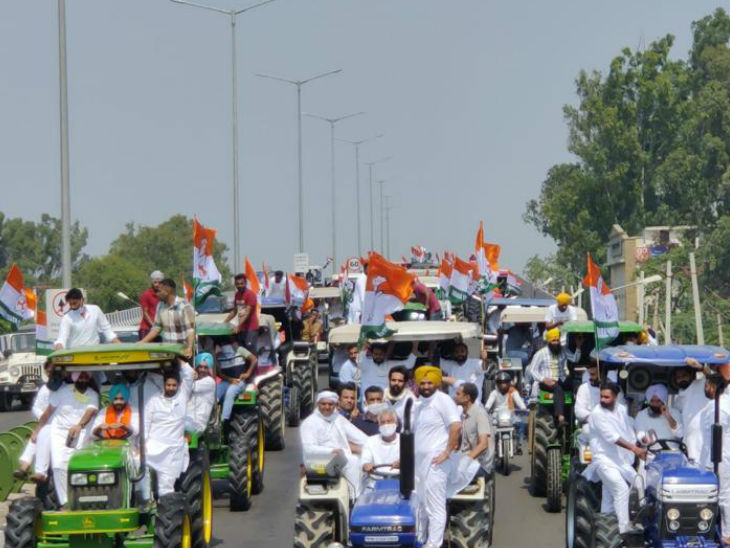 People associated with farmers and peasant organizations of Haryana have taken to the streets to protest against the Agriculture Ordinance. They are demanding the withdrawal of this law.

Discussing this in detail, he says, “The most important change that will happen with these laws is to allow the trader to buy outside the market. Right now all trade is done through mandis. There, a tax merchant has to pay, which ultimately comes to the benefit of the farmers. The best paved roads that pass through the fields of Punjab, Haryana, which you see, have been made with this tax. '

Now, if the government is allowing trade outside the mandis, then it will not benefit the farmers, instead the big traders will benefit, because they will be able to buy from outside without paying taxes. This will stop the farmers from getting the minimum support price (MSP), on the other hand, the mandis will slowly come to a standstill, because when the trader gets the goods out of the mandis, why will he pay the tax and buy the goods in the mandi. '

Giving the example of the state of Bihar, Gurnam Singh says, “If the procurement system outside the mandis was so good, why did the farmers of Bihar not prosper till today? This system has been implemented since 2006, which is now ready to be done across the country, but the situation of the farmers of Bihar is so bad that the four-acre farmer there also comes to work in the two-acre farmer's farm here. The main reason for this is that farmers do not get MSP there. '

When the Prime Minister is constantly saying that there will be no tampering of the MSP system and it will continue, why are the farmers still protesting? On this, Gurnam Singh says, “If we talk about this, we are glad that the Prime Minister is very good. He has a wonderful art of speaking. The only problem is that they lie a lot. If these MSPs are not ending, then accept our small demand and make a law to guarantee MSP. Just write in the law that it is a crime to buy less than the MSP, we will withdraw our movement tomorrow itself.

Describing these laws as misleading, farmer leaders say, “The biggest lie in this is that this law will allow farmers to sell their goods anywhere.” This is a lie because farmers have had this exemption since 1977. The same lie is being told about crop storage that now farmers can stock their produce. This stock will benefit people like Adani, who will now be able to set prices by hoarding. ' 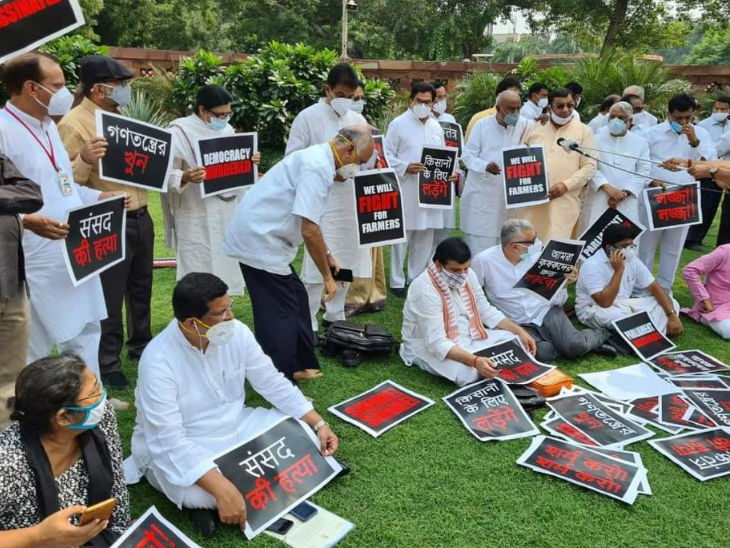 Speaker Venkaiah Naidu on Monday suspended eight opposition MPs for the entire session from the proceedings of the House. After which they sat on a dharna near the Gandhi statue located in the Parliament complex.

Giving an example of his neighborhood, Gurnam Singh says, “On the Kurukshetra-Kaithal highway, there is a place called Dhand where Adani has a warehouse.” There is facility that wheat can be stored for 10 years. Common farmers or small traders cannot have such warehouses, then people like Adani will be able to store for years by purchasing all the ration and when they have unlimited stock, they will control the entire market. Just like in the mobile world today, the entire market is that of Ambani, in the coming years all the farming will also be done by big capitalists. '

Before Gurnam Singh completes his talk, a picture appears on his phone. Showing this picture, he says, “See the government's cunning.” The MSP of many crops has been increased recently. This increase is also just like cumin in the camel's mouth, but has done it at a time when the farmers' movement is continuously accelerating, while this MSP comes in October every year.

With this, the government wants to show how serious it is about MSP and is working on it, but if the intention of the government is clear, then why is it not written in the law that the MSP system will remain. If this happens, then the farmers should be careless, but they have made laws to kill the farmers, so the farmers have also decided. Now either the government should withdraw this law or else shoot us directly.

You can also read these news related to farmers …

1. Government increased MSP on Rabi crops / Support price of wheat increased by Rs. 50, gram and mustard by Rs. 225 per quintal amidst uproar on farmer bills.

2. What is MSP, for which farmers are on the streets and opposing the new laws of the government? What is the importance of MSP for farmers?