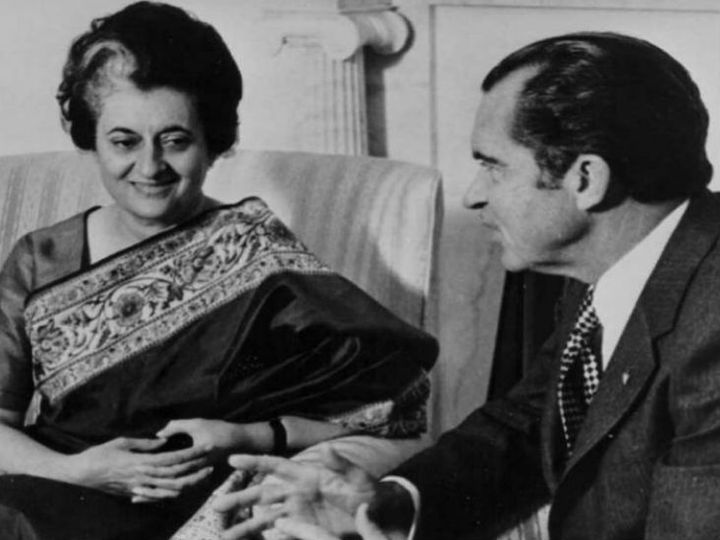 On 3 June 1971, the then US NSA Henry Kissinger was against India and the then Prime Minister Indira Gandhi for sheltering millions of Bengali refugees. (File photo)

Number three presidential elections are to be held in America. Earlier, former US President Richard Nixon and then National Security Advisor (NSA) Henry Kissinger are in discussion for comments made on Indians. An old tape of him has surfaced, showing his hatred for his Indian women.

On 17 June 1971, Nixon and Kissinger used strong words for Indian women as a losing battle with Indira Gandhi. Recently, the Princeton Professor of International Relations and author Gary J. in the New York Times. Bass has received a tape. The tapes showed that a very vulgar word was used for Indian women.

US Ambassador to India was called Bastard

In the tape, Bass tells that Ambassador Kenneth B. B. in India. Keating was described as a 'bastard'. It is understandable that Kissinger did not have a good opinion about India. He told Nixon that Indian people are very flattering and they are masters of sycophancy. Counting the reason for this, he said that this is the reason that Indians survived for 600 years even in bad times.

Kissinger said- they are mostly 'sexless' and these people have nothing. He said about the Africans that you can see that they have a little animal-like charm in them. But oh god, those Indians, they are pathetic.

In June 1971, Nixon, Kissinger and White House Chief of Staff H.R. The conversation between Heidelman also reveals Nixon's mentality towards Indians. She said during the conversation that undoubtedly the most ugly women in the world are Indian women.

Were against Indira Gandhi

Kissinger was against India and then Prime Minister Indira Gandhi for sheltering millions of Bengali refugees on June 3, 1971. At the time Henry and Richard Nixon blamed Indira for the refugee influx of the Bengali rebellion. Kissinger said of him, “They are scavengers.”

For Kissinger, it is believed that his inclination was more in favor of Pakistan. Once on 10 August 1971, during a discussion with Nixon on the issue of violence and Bengali refugees in Pakistan, Kissinger said, “Let me tell you that Pakistanis are fine people, but their mental structure is rude (primitive).” “