Opposition target modi government that Unplanned lockdown product of ego of a man, causing coronavirus to spread across country | Rahul said – save people from Corona, because PM is busy with Peacock; Sibal said – the whole country is with the army, but will Modi get such support? 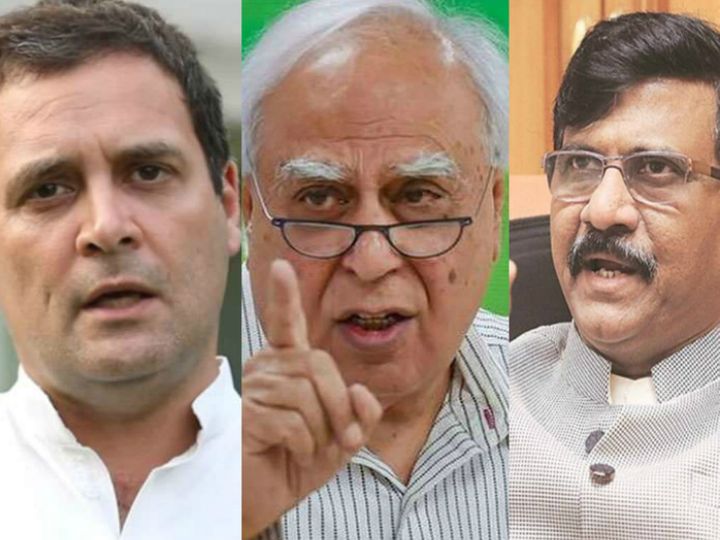 On Monday, the opposition lashed out at Prime Minister Narendra Modi on issues like corona virus, China dispute. Congress leader Rahul Gandhi accused the Prime Minister that the condition of Corona in the country today is due to the ego of a person. He said that the Modi government is asking people to become self-reliant. So you have to save your life because the Prime Minister is busy with the peacock.

Lockdown without plan is a product of a person's ego: Rahul
Rahul fiercely criticized the government's policies regarding Corona. He said that a lockdown without any plan was a product of a person's ego. This is the reason why Corona cases are increasing in the country. This is the reason that this week the figure of corona infects in the country will reach beyond 50 lakhs and active cases will also reach 10 lakhs.

Suspicion of public support for Center's policy and action: Sibal
Senior Congress leader Kapil Sibal said that the whole country stands with the soldiers, but whether the policy and action of the Prime Minister has received similar support. He said that the people of the country are with the army. We salute them. The PM's policies and actions also have such support of the country, there is doubt about this. Sibal said this after the statement made by the Prime Minister before the commencement of the Parliament session.

The entire country is with the army regardless of the center: Raut
Shiv Sena's Rajya Sabha MP targeted the Modi government. He said on Monday that the entire country stands with the army regardless of the central government and will always stand. He also endorsed the Prime Minister's statement 'Till there is no medicine, no relaxation'. He said that the Chief Minister of Maharashtra had also given this message to the people a few days ago.

What did Modi say
The statement by the opposition leaders came after the Prime Minister's statement before the Parliament session began. Modi said while talking to the media that today when the brave soldiers of our army are standing on the border. With courage, with courage, with high spirits, with daunting hills. Snowfall will also start after some time. At such a time, there should be a voice from the Parliament, a tone that the country and the entire House are standing with them.

Sexual Assault On A Teenaged Girl In Sitapur. – Sitapur: Five youths gang-raped and made a video with the woman and then went viral.

Sexual Assault On A Teenaged Girl In Sitapur. - Sitapur: Five youths gang-raped and made a video with the woman and then went viral.