Pakistan Cricket Condition | Pakistan Cricket Board (PCB) on Players over Coronavirus COVID-19 Test Fee and Charges | PCB demands corona test money from many officials including 240 players, the board does not even have lab and hospital facilities 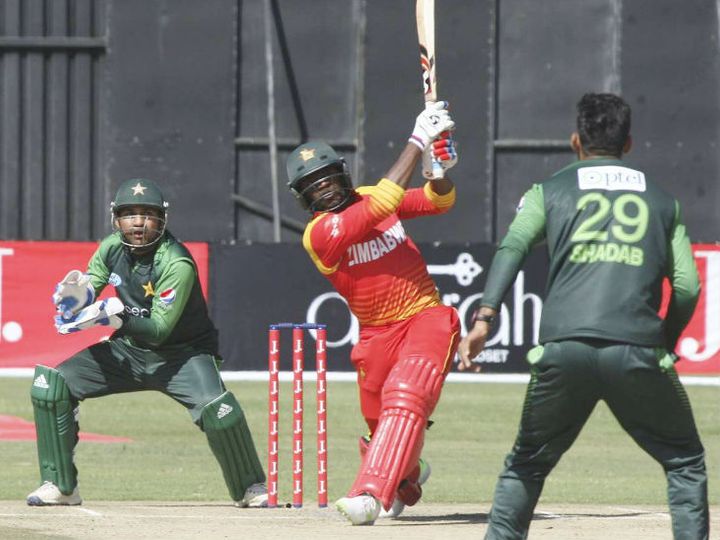 Zimbabwe has to play T20 and ODI series on Pakistan tour. For this, the Zimbabwe team will reach Pakistan on 20 October. -File photo

The economic condition of Pakistan Cricket Board (PCB) is getting worse. The board has now demanded even the corona test money from several officials, including 240 players playing in the domestic tournament. According to sources, the board does not even have the facility of laboratory and hospital for corona test.

Actually, the National T20 Championship is to begin in Rawalpindi and Multan from 30 September in Pakistan. Prior to this, it is mandatory for the players and officials to conduct the first two corona tests. The PCB said that the first test will have to be paid, while the board will bear the cost of the second test.

PCB was not even getting sponsor
Due to Corona, all Pakistan cricket series were postponed. The postponement of the Asia Cup to be hosted by Pakistan in September also resulted in a significant loss to the board. The condition was that Pakistan was not even getting sponsors for the tour of England in July. After this, Pepsi and mobile company 'Easy Paisa' took the position on the last occasion and extended the contract.

PCB also fired employees
Due to financial constraints, the PCB had recently fired five of its employees. The board currently employs about 800 people. The performance of all is being monitored. The PCB has made full preparations to remove the employees with unnecessary and poor performance. Meanwhile, a PCB official had said that the financial condition of the board is not good. If the same situation persists, the PCB can last for 2 to 3 years.

PCB lost 663 crore for lack of series from India
According to media reports, there is a loss of about $ 90 million (about Rs 663 crore) to the PCB due to lack of series between India and Pakistan. Cricket is not being played due to tensions between the two countries.

India-Pakistan series not done for 7 years
The last ODI bilateral series of 3 ODIs was played between India and Pakistan in December 2012. In the previous series, India had lost 1-2 at home. Talking about the match, the two teams had a match in the One Day World Cup last year. In this match, the Indian team won against Pakistan in the World Cup like every time.

'India-Pakistan series can earn up to 2 thousand crores'
Recently, former Pakistani fast bowler Shoaib Akhtar had talked about a series with India to get Pakistan out of the economic crisis. He had said, “I want India-Pakistan to have a match in the empty stadium in times of this crisis.” If there is a 3 ODI or T20 series between the two countries, crores of people will watch it sitting at home. Many companies will invest money on this. It can earn 200 to 300 million dollars (about 1500 to 2 thousand crores rupees), which both countries can keep half. “

In 2009, there was a terrorist attack on the bus of Sri Lankan players during the tour of Pakistan. Since then, cricket has been closed in Pakistan due to terrorist fears. The absence of international cricket at home has also resulted in a huge financial loss for the PCB for 11 years. However, 10 years later in 2019, the Sri Lankan team played a series of 2 Tests on the Pakistan tour.