Pakistan News | World's loneliest elephant in Pakistan allowed to leave, kept in a zoo for 35 years | Kavan, called the world's lone elephant, will move from Islamabad to Cambodia; Was in worse condition for 35 years, no nails left 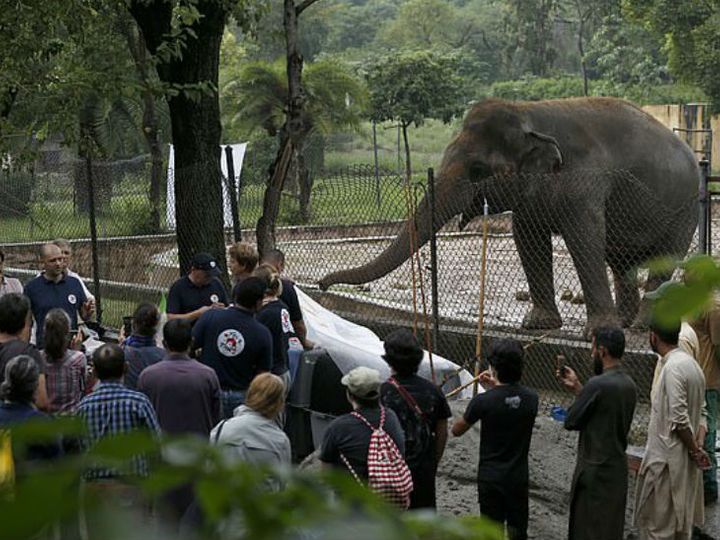 In Zoo, Islamabad, the employees of 'Four Poses' informed the media before conducting a medical examination of the elephant.

The elephant kept in a small place in the zoo of Islamabad, the capital of Pakistan, will now be released. This elephant named Kavan was forced to live in worse conditions for 35 years. Animal activists from all over the world were running campaigns to leave him. People have named it 'the loneliest elephant in the world'. There is every possibility that it will be sent to Cambodia. One reason for this is that conditions are much better for elephants in Cambodia. Kavan will be able to get both atmosphere and companions there. 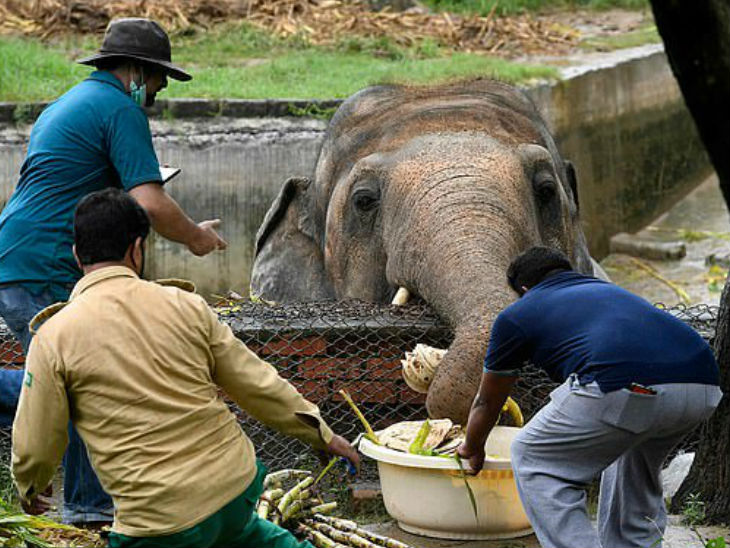 Local officials along with 'Four Poses' staff feeding the elephants.

Martin Boyer, a spokesman for the institution called 'Four Poses', said – The Wildlife Management Board of Islamabad has asked him to transfer to another place. Medical approval has been received to send. He was medically examined on Friday. The condition of this elephant is bad. 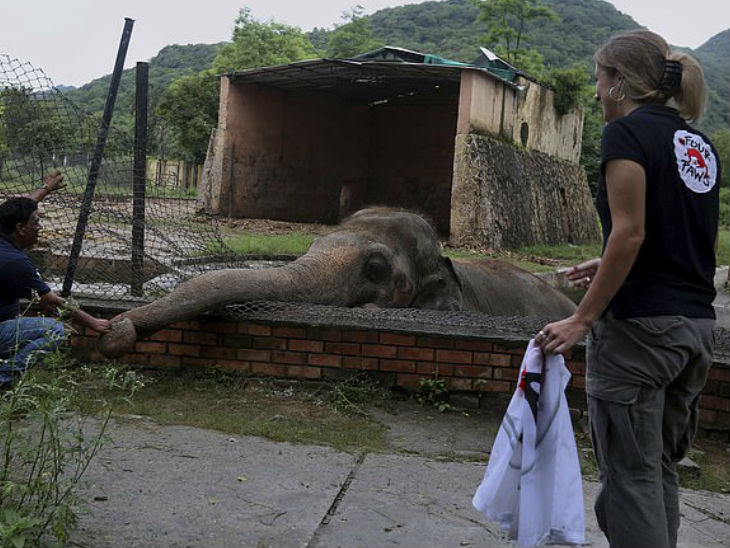 During the medical examination, the staff of 'Four Poses' used to comfort the elephant's trunk by caressing it.

Body wounds and broken nails, mentally ill too
Boyer said – Medical examination found signs of malnutrition in Kavan. He stayed on the cemented floor for a long time. This broke the feet, broke the nails. There are injuries on the body. He is also mentally disturbed. Keeps shaking his head 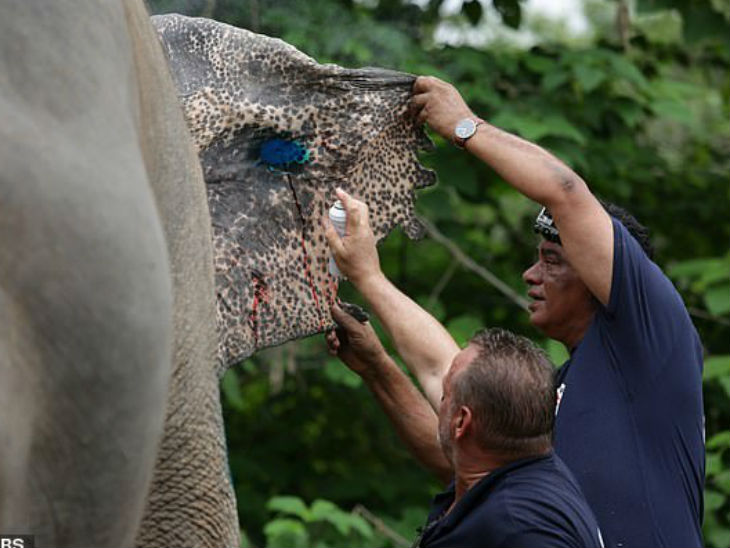 He said- Recovery of this elephant will take a long time. However, he is still in a position to be sent to a better place. Kavan's partner died in 2012. Since then, he is forced to live in worse circumstances and alone. 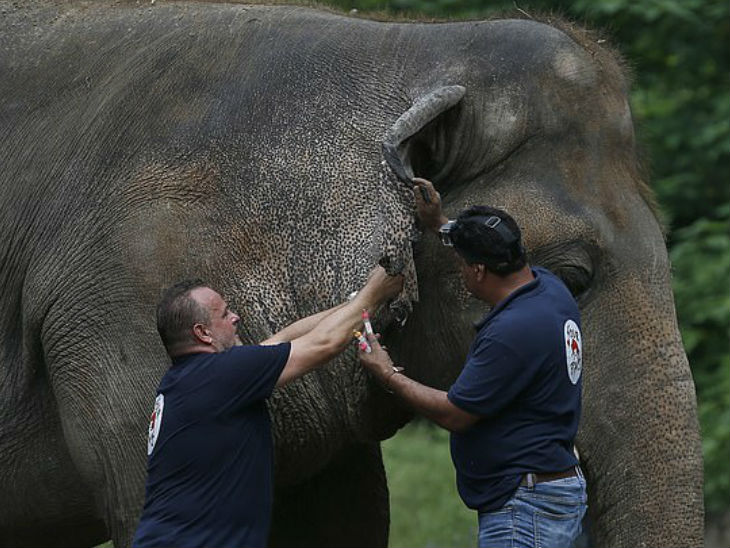 American singer also raised voice
Animal activists from all over the world had raised their voice to save Kavan. American singer Schaer appealed to release the elephant. The Islamabad High Court had also ordered closure of the zoo in May. Because, there were many complaints of not taking care of animals here. 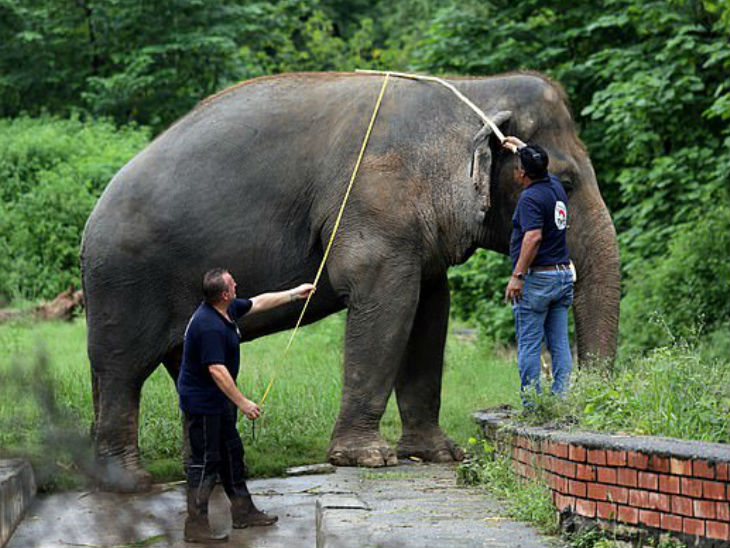 Employees measuring the length of the elephant.

Two lions were killed due to negligence
Boyer said that two lions died in July due to negligence while moving them from here. The local staff set fire to their enclosure to keep the lions caged. To save them, they will come out of the enclosure and come to the cage. But, it killed the lions.

Novak Djokovic Disqualified From Us Open After Hitting Judge By Ball – Novak Djokovic angrily kicks the line to the judge, out of US Open