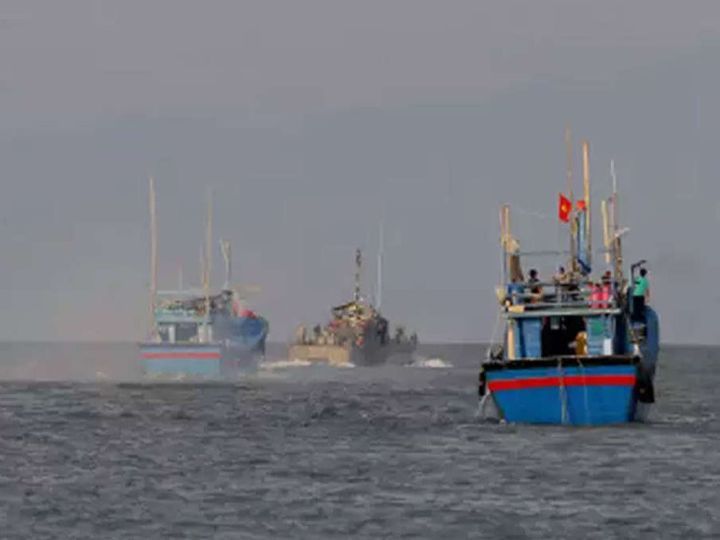 The Pakistani Navy carried Indian fishermen's boats from Porbandar Port with them. 45 fishermen are reported to be taken to Karachi Port. (Symbolic)

In the midst of the ongoing tension between India and China, provocative action was also done by Pakistan. On Wednesday, the Pakistan Navy entered the Indian waters off Gujarat and targeted fishermen. All the 45 fishermen in the 8 boats carried with them. These included 6 boats of Porbandar and 2 of Veraval. According to the information, all the fishermen have been taken to Karachi port.

Family seeks government help
Fishermen of Gujarat are angry with this action of Pakistani Navy. He demanded intervention from the central government. The fishermen who survived the capture of the Pakistan Navy told that they were catching fish in the Indian waters. Meanwhile, the Pakistani Navy took his comrades hostage and took them with him.

Gujarat has a long maritime border with Pakistan. The Indian Coast Guard has also become cautious on this action of Pakistan.

China Belts Out Punjabi Numbers for Indian Soldiers at Ladakh, Loudspeaker Tactics in 1962 – Chinese moves, Punjabi songs playing on loudspeaker amidst tension on the border