Parliament monsoon session rajya sabha and lok sabha news and updates 15 september 2020 | Defense Minister can make a statement on the issue of border dispute with China today, the opposition is demanding a debate on it 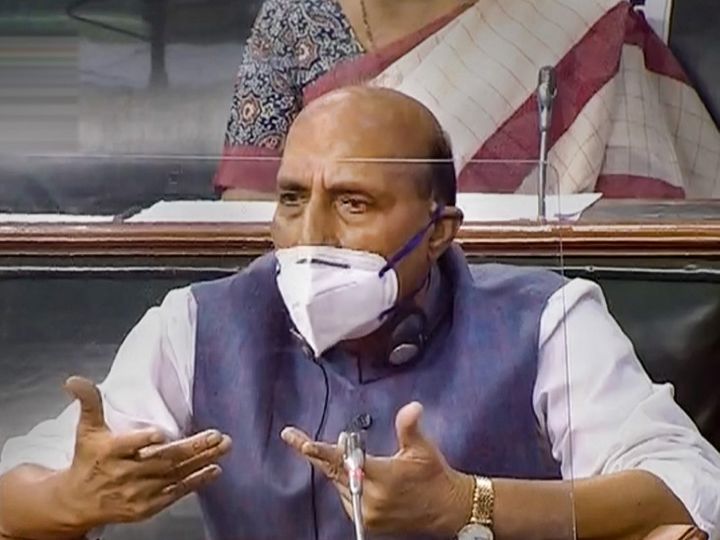 The photo is of the first day of Lok Sabha proceedings i.e. Monday. In Corona, many things are happening for the first time in the first session of Parliament. The 18-day session will run until 1 October.

Today is the second day of the first session of Parliament (monsoon) between Corona. Defense Minister Rajnath Singh can make a statement in the Lok Sabha today on the issue of border dispute with China. The opposition is also seeking a debate in this matter. Opposition parties will try to surround the government on the issues of dealing with China in Ladakh, the situation in Corona, the deterioration of the economy and unemployment.

Business Advisory Committee meeting will be held in the afternoon
In the first meeting of Parliament's Business Advisory Committee (BAC) held on Sunday before the session began, other opposition parties, including Congress, demanded a debate on the issues of China and the economy. But, Lok Sabha Speaker Om Birla did not fix any time for this. BAC will have a meeting again later this afternoon. It will discuss the schedule of the first week of the monsoon session.

What happened on the first day of the session?
1. Uproar over removal of Question Hour
There was a ruckus in the House due to lack of Question Hour in Lok Sabha. Congress MP Adhir Ranjan Chowdhury, calling it the Golden Hour, accused the government of trying to strangle democracy. He said that during the Question Hour, MPs raise issues related to public. It is wrong to delete it. In response, Parliamentary Affairs Minister Prahlad Joshi said that the government is not backing down from answering any discussion or question.
2. In Parliament, the government forgot how many workers died in lockdown.
After the lockdown in March due to the Corona epidemic, millions of workers died in different accidents while returning home. Now the central government says that it does not know how many workers died during the lockdown. In the first session of the Parliament in the coronary period, the government admitted that there is no figure of death of migrant laborers.
3. Harivansh was once again elected Deputy Chairman of Rajya Sabha.
The Deputy Chairman was elected after the oath of the new members, in which Harivansh of the NDA was elected by voice. RJD leader Manoj Jha was a candidate against UPA. 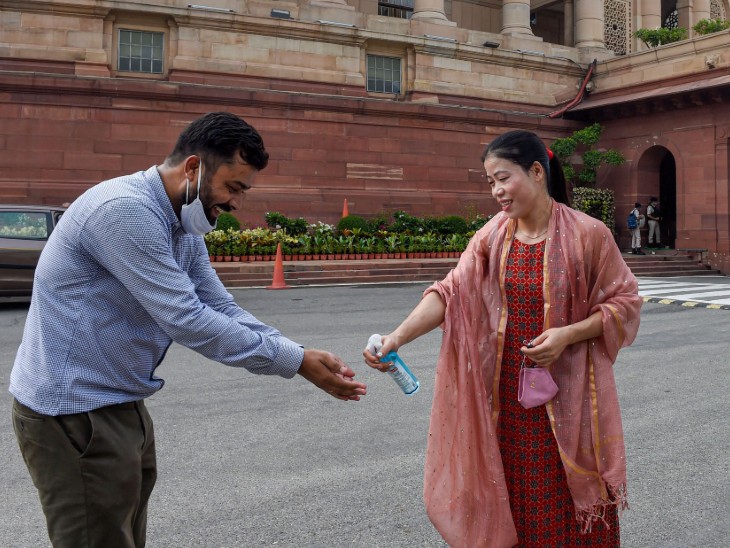 On the first day of the session, Rajya Sabha MP Mary Kom arrived with a sanitizer.

Modi spoke on China even before the session started
Seeing the possibility of an uproar over the tense situation between India and China, Prime Minister Narendra Modi said in the Parliament complex before the commencement of the Lok Sabha proceedings on Monday, today when our army personnel are standing on the border, after some time snowfall Will also start. At such a time, there should be a voice from the Parliament that the country and the House are standing with the soldiers.

17 MP Corona positive before session
Before the session, 17 MPs of the Lok Sabha came out to Corona, including 12 MPs from BJP including Meenakshi Lekhi. Sources said that about 30 MPs have corona. In addition, 50 parliament members are also corona infected.

Is Pakistan Corona Free Prime Minister Imran Khan Declared And School Will Open From Tuesday – schools and colleges to open in Pakistan from Tuesday, claim to control Corona