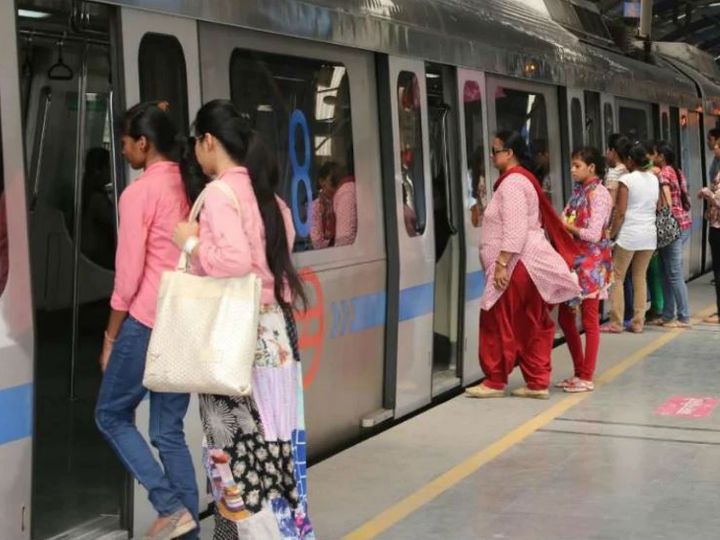 Passengers will get many new facilities at the stations starting under the fourth phase of Delhi Metro Rail Corporation.- File Photo

Passengers will be able to use 'One Nation One Card' at stations starting under the fourth phase of Delhi Metro. Passengers traveling on these routes will be able to select and climb stations at the Automatic Fair Collection Gate (FC Gate) from mobile. Older smart cards will also work on new routes.

Mangu Singh, the head of Delhi Metro Rail Corporation, said this on Sunday. He said- Delhi Metro will be like any modern metro system in the world. These two services of the fourth phase can also be started on the Airport Express line by the end of the year.

'One Nation One Card' was launched by Prime Minister Narendra Modi in March 2019. This card, which can be used for traveling across the country, was named National Common Mobility Card (NCMC). With its help, metro, bus services, toll tax, parking charges can be given anywhere in the country. With this, cash can be withdrawn in addition to retail shopping.

'Better technologies are being used'

Singh said- We are constantly working to improve our system. Better technologies are being used in the fourth phase. People will be able to use mobile as a smart card at the Automatic Fair Collection Gate (FC Gate). However, he said that e-payment systems and technologies are emerging fast. In such a situation, it is possible that some new techniques may also come till Phase-4 is ready.

The new metro lines will also work to connect the already running metro lines. It will have a total of 45 new metro stations. The government has approved Mukundpur-Maujpur, RK Ashram- Janakpuri West and Aerocity- Tughlakabad Corridor.