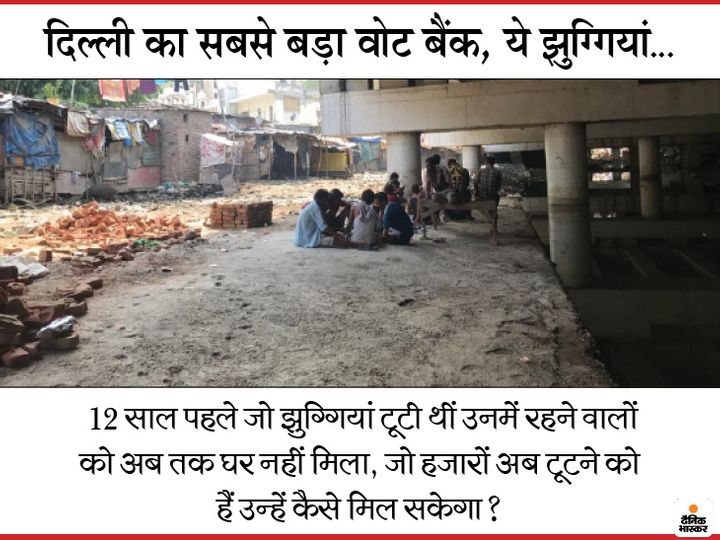 A large drain passes through the eastern end of the Kidwai Nagar area of ​​Delhi. It is also called Kushak Nala. 28-year-old Arun was born in a slum on the banks of this stream. When Arun was younger, there was not much around his slum in this area.

Be it the Ayush Bhawan built here, the Central Vigilance Commission office or the multi-storey buildings of the NBCC, all should be built on their sight. It has been only a few years since Barapula was built to flyover, which has grown like a rainbow of cement just above their slum.

As Arun grew up, the green area around him turned into a concrete jungle and his slum continued to shrink in the midst of it. As a child, they used to play in the empty plains and parks near the slums, now plush colonies have been formed. In these, private security guards are posted at all times and keep watch that the slum children do not go to play in the park of the colony.

Most of the people in this slum are laborers, mechanics or paint workers. All the big buildings built nearby have been erected by these people with their hard work and sweat. But as these beautiful buildings were built, it became difficult for these people to maintain their slums. Their slums used to discount the beautification of the city, so the pressure to remove them started increasing. 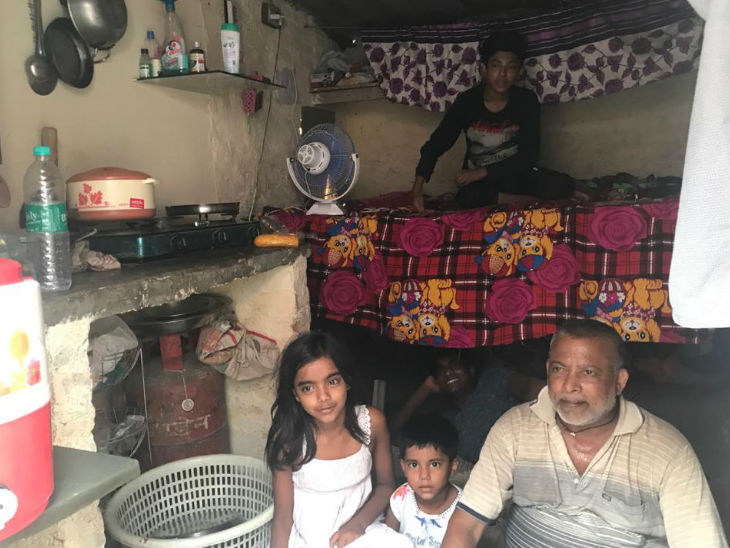 There are about seven hundred slum settlements in Delhi in which the total number of families living is more than four lakhs. About 75% of these slums are located on the land of different departments or ministries of the central government.

By the beginning of the 21st century, this pressure increased immensely. India was to become the host of the Commonwealth Games and for this, Delhi began to adorn the bride. In this decoration, the slums were becoming big, so one by one many slums started to be demolished.

Arun says, “Some slum dwellers were rehabilitated and the rest were ravaged without any rehabilitation. We were also told to leave Delhi and go away. '

Mahendra Das, 60, a resident of the same slum, recalls, “Sheila Dixit used to be the chief minister at that time. We had fallen at his feet and begged him not to destroy our house. But, he did not listen to one of us and bulldozed the entire colony. The manipulations that were made for many years were trampled in one go. Many nights we slept on the streets with our small children. '

As time passed, the wounds of Mahendra Das and his slummen also started to heal slowly. These people once again settled their shelter on the banks of the same drain from where they were uprooted.

Mahendra's wife Geeta Das says, 'Who wants to live in a slum? There is a lot of difficulty here. In the rainy, all the dirty water of the drain is filled in our houses. Ever since this Barapula has been formed, the problem has increased. Several times at night, drunkards make obscene gestures to the girls standing on this bridge, urinating on our slums and throwing garbage-beer bottles of beer on us. But, at least we have a roof over our head, so we live in a slum. '

The past year brought some happiness for these slum people forced to live in such hellish condition. The Delhi Urban Shelter Improvement Board, ie Dusib, decided that these people would be rehabilitated and would be allotted flats in lieu of slums. For this, slums were surveyed and people were also deposited for rehabilitation. The amount of 31 thousand rupees was fixed for the scheduled castes and one lakh 42 thousand for the general category.

Almost all the people of this slum have accumulated this amount. But even after almost one and a half years, when no further action is taken, many questions have started to arise in these people 'minds. These questions are also strong because there are thousands of people in Delhi who have been looking for rehabilitation for the last 12-13 years and whose rehabilitation has been entangled somewhere in the court files. Rajendra Paswan is one such person.

Rajendra used to live in a slum on the banks of the Yamuna behind Rajghat. When this slum was demolished in 2007, these people were promised rehabilitation. For this, Rajendra Paswan also paid 14 thousand rupees in that period and started waiting for the allotment of land. Their wait has not ended till today. Along with them, about nine hundred other families of that settlement have also been waiting for the past 13 years. 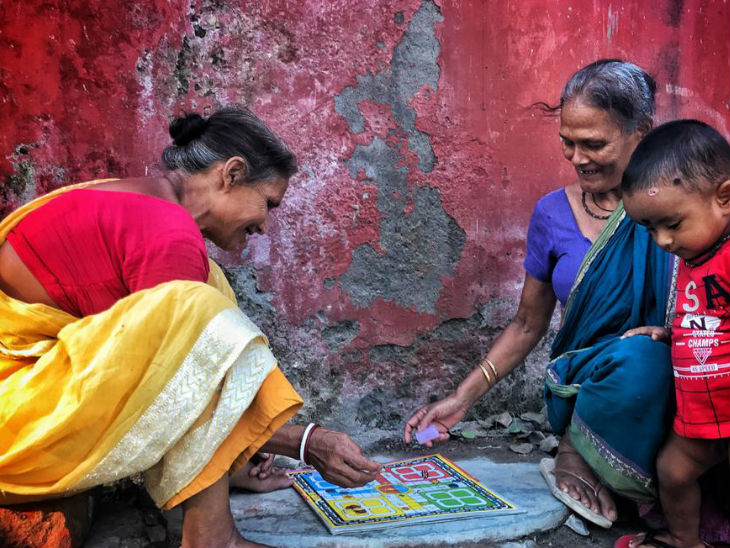 Slum dwellers work in the city and their women go for domestic work in adjoining rooms or large buildings.

Dusib figures show that a total of 45,857 such flats in Delhi have either been built or will be ready by December 2021, in which slum people are to be set up. Most of these flats were built during the Commonwealth Games when Delhi's slums were rapidly being demolished. But, despite being so flat, why are people like Rajendra Paswan waiting for years to rehabilitate?

In response to this question, a senior Dusib official says, “Many different departments have a role in the rehabilitation of slums in Delhi. Although Dusib is the nodal agency for rehabilitation, apart from this, central agencies like Railways, DDA and Delhi Cantonment Board also have an important role. The rule is that the same agency, which has slums on the land, has to pay for rehabilitation. '

These officials further say, “The cost of rehabilitation of each slum ranges from Rs 7.5 lakh to Rs 11.5 lakh. Flats are built but unless an agency pays this amount, flats cannot be allotted. That is why in many cases this process remains hanging for years. '

There are about seven hundred slum settlements in Delhi, in which the total number of families living is said to be more than four lakhs. About 75% of these slums are located on the land of different departments or ministries of the central government. For example on the lands of Railways, Ministry of Defense and DDA. Apart from these, 25% slums are on Delhi government land.

In this context, the central government has 75% responsibility for rehabilitation of slums in Delhi, which has 75% slums on its land. Dusib officials claim that they have successfully rehabilitated 15 slums in the last five years. But these alleged successful uses of slum rehabilitation are also not found in Delhi.

Social activist and strong voice for slum dwellers, Dunu Roy, says, “There are too many flaws in the government's rehabilitation policy so these rehabilitation never comes to fruition.” Not only is there a place to live but also work. In the slum, people do many small things in their thresholds and streets.

But neither the threshold can be used in the flat nor the corridors. These flats are so small from the top that no one can pass through them. These flats have also been built away from the city, so even people do not like to live here because there is no means of earning food and food for them. ' 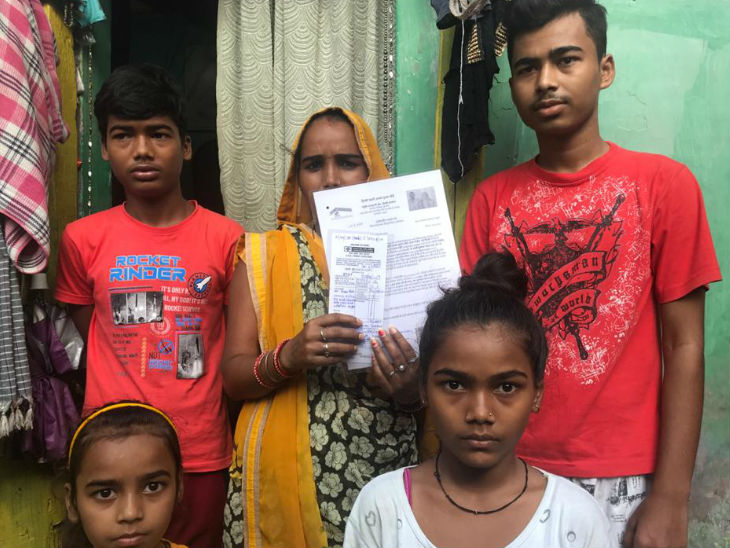 Recently, the Supreme Court ordered the demolition of about 48 thousand slums built in the safety zone of 140 km railway line in Delhi.

Dunu Roy also questions the intention of the government. They say that even governments do not want these slums to settle properly. Because, if they settle well, then the cheap labor that they get will come from. Slum dwellers work as laborers in the city and their women go for domestic work in adjoining rooms or large buildings.

How can these people stay away from the city. Therefore, those who get flats are forced to sell it. The builders buy these flats at cheap prices from these slum dwellers and then combine three to four flats and prepare a livable flat and sell it at expensive prices.

Even after nearly 45 thousand flats have been built in Delhi, slum dwellers have not been settled in them. One of the major reasons for this is their distance from the city. In view of this, in the year 2015, the Delhi government changed the rehabilitation policy. It has been decided in this policy that now the slums will be rehabilitated within the radius of five kilometers.

This rule is considered to be quite effective but it will be able to land on the ground, it is believed that very few people are currently there. Recently, the Supreme Court ordered the demolition of about 48 thousand slums built in the safety zone of 140 km railway line in Delhi.

But, issuing a press note on Monday, Northern Railway has said that their officials are constantly discussing with the concerned departments of Delhi and Central Government and these slums will not be broken until a concrete decision is taken. This information has brought some relief for the 48 thousand slum dwellers near the railway line.

But, despite this, the past experiences of the slum give them many reasons to be upset. Hundreds of people like Mahendra Das have already suffered the pain of slum breakdown without any rehabilitation and hundreds of others like Rajendra Paswan are still living a life of waiting for rehabilitation even after 13 years of slum breakdown. In such a situation, there is a natural fear among these people that when the rehabilitation of those who had emptied their slums 12-13 years ago is not yet completed, then how and when they will be rehabilitated.

1. Delhi's largest vote bank, these slums / people here say, Modi ji does not care about breaking our slum, but the whole country is upset over the demolition in Kangna's house

Encounter Between Security Forces and Terrorist at Marwal Area of ​​Pulwama – Jammu and Kashmir: Encounter between militants and security forces in Pulwama

Encounter Between Security Forces and Terrorist at Marwal Area of ​​Pulwama - Jammu and Kashmir: Encounter between militants and security forces in Pulwama