Politician files complaint to NCB against Karan Johar, Deepika Padukone, Vicky Kaushal and others: says I met Sh. Rakesh Asthana regarding party video investigation. | Akali Dal leader complained to NCB chief against many stars including Karan Johar, said- Sushant would have been alive if action had taken place last year 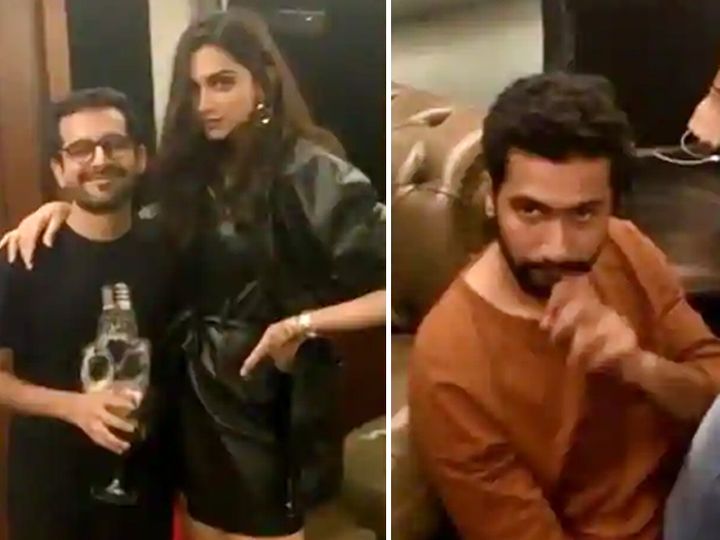 Akali Dal national spokesperson, former MLA and chairman of Delhi Sikh Gurdwara Parbandhak Committee, Manjinder Singh Sirsa, has met Narcotics Control Bureau chief Rakesh Asthana and complained to him about a drug party against Karan Johar and some other artists. In this meeting in Delhi, Sirsa accused Karan Johar of organizing a drug party and demanded a viral video investigation from him. Sirsa also said that I had made this complaint last year also, if there was any action at that time, Sushant might not have died.

Sharing a copy of his complaint about this on social media, he wrote, 'I at Delhi's BSF Headquarters to investigate and take action against the film producer Karan Johar and others in connection with organizing a drug party at home in Mumbai NCB chief met Rakesh Asthana. That party video must be investigated.

In another video shared, Sirsa said that 'We have complained to NCB Chief Rakesh Asthana Ji. About 10 months ago I made the same complaint to the Mumbai Police of Maharashtra. In which he demanded a party inquiry conducted by Karan Johar.

Sirsa further said, 'People who malign us all over the world by calling us' Udta Punjab', people like Shahid Kapoor who take drugs themselves, who are drug addicts themselves. He showed his story by connecting with the people of Punjab. That was Shahid's own story. And ever since this video has surfaced, I have been following the police, but no one listened to us.

He further said, 'If our words were heard at that time, I can say with a claim that today we would not have lost Sushant Singh Rajput. Drugs are such a mild issue for the police in Maharashtra that they did not even think of needing to investigate it. Now they will explain why they did not do so.

Now we have told the NCB chief that if you examine these people, there will be a lot of sensational revelations. Because these people who take drugs, they have a supplier, their information will be revealed. The entire drugs racket will be exposed through him. I am not blaming the whole of Bollywood, but those who are involved in Bollywood should come forward. There is nothing wrong in this.

Sirsa also expressed surprise at the lack of action on her complaint. He said, 'I sent my complaint via speed post, put it on my official handle and also sent reminders again and again. But the police did not even pay any heed to it.

Earlier on September 14, while sharing that video, Sirsa wrote in his tweet, 'Remember that every face seen in this video will be seen standing in line outside the office of Narcotics Control Bureau in a few days! ! Willing to go to jail due to his drug parties! #UdtaBollywood '

Remember every face seen in this video
In a few days these people will be seen standing in line outside the office of Narcotics Control Bureau !! Willing to go to jail for his drug parties!#UdtaBollywood pic.twitter.com/vAPH0zASOu