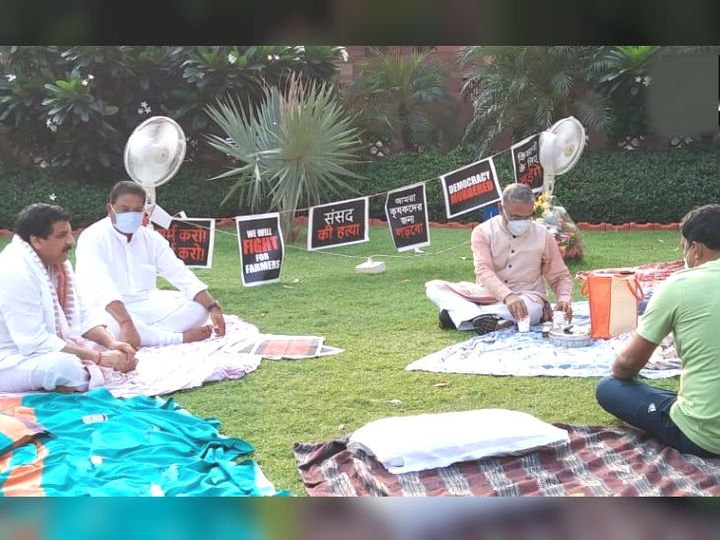 Today is the 9th day of the monsoon session between Corona. Earlier on Monday, 8 opposition MPs suspended from Rajya Sabha sat on a dharna overnight, the strike is still going on. Meanwhile, Deputy Chairman of Rajya Sabha Harivansh reached for him with morning tea and breakfast.

The interesting thing is that the MPs have been suspended due to the non-parliamentary treatment of the Deputy Chairman. These MPs created a ruckus in the Rajya Sabha on Sunday against the agricultural bills. Torn the rulebook of the House and tried to break the mic.

MPs from other opposition parties also reached on Monday night to support the suspended MPs. Many leaders said that for the first time in history, there has been an overnight protest in the Parliament complex. However, this has been happening in assemblies.

2 MPs are over 65, also diabetic
The MPs sitting on the dharna not only asked for pillows and blankets from their homes but also mosquito repellent. An ambulance has also been arranged on the spot for emergency. His major concern is about his two colleagues – Ripun Bora of Congress and E. Karim of CPI, as both are over 65 years of age and both are diabetics.

These 8 MPs have been suspended 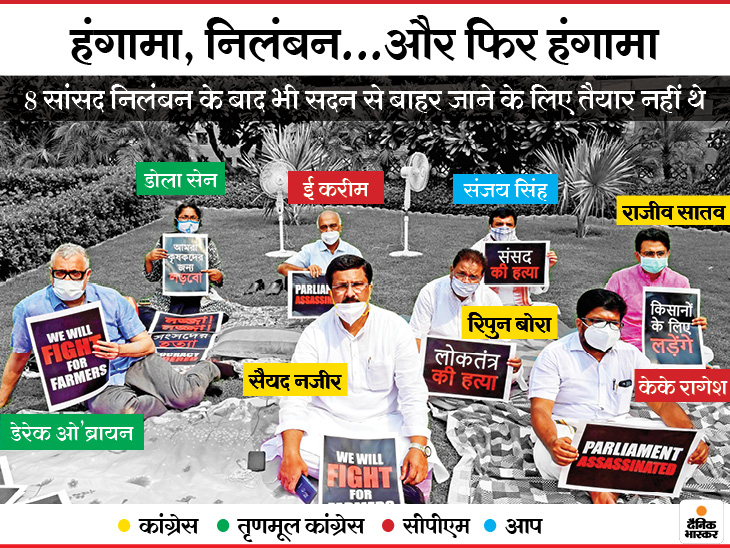 Food came from the house of leaders of other opposition parties
A lawmaker said that food and drink are coming from the houses of the leaders of the opposition in turn, so that the sugar level of the people sitting on the dharna is not reduced. Shiv Sena's Sanjay Raut, NCP's Supriya Sule, DMK's Kanimozhi and Tiruchi Siva took Idli for the MPs holding the sit-in.

Not much is the price of this cool phone of Realme Narzo, 4 cameras and 5000mAh battery. gadgets - Tech News