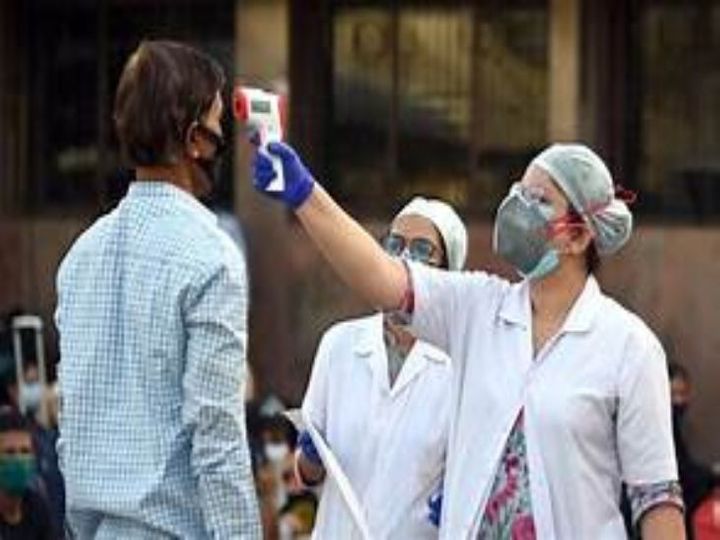 The infection of corona is spreading rapidly in three cities of Tricity- Chandigarh, Mohali and Panchkula. There are a total of 763 cases covering all three cities on Tuesday.

Coronitis infection is increasing continuously in the tricity. On Tuesday, a total of 763 cases were reported in the tricity, on Wednesday a total of 874 cases came and a total of 12 died. Talking about Chandigarh, 332 new cases came here and 180 patients were discharged from hospital after recovering and two died. Among those who died were a 30-year-old male from Dhanas and a 76-year-old man from Khudda Jasu. With the addition of new cases, there have been a total of 6704 cases in the state so far. At present there are 332 active cases, 4140 have become healthy so far. A total of 77 have died of the infection so far.

After the officers and employees of UT Education Department being corona positive, the Chandigarh administration sanitized the offices of UT Education Department Sector 9, District Education Office Sector 19 and National Higher Education Campaign Sector 42. On Wednesday, 50 percent of the staff started calling. Deputy director Alka Mehta has been given the additional charge of District Education Officer. It has been written in the auditors issued by Education Secretary Sarvpreet Singh Gill that if a staff member feels that those who are not feeling well, they should get the Kovid-19 test done. Significantly, the office was closed after 14 employees of the Education Department came to Corona positive and one officer died but was opened on Wednesday after sanitization. This was also done because the 11th admission days are going on and if the parents face any problem then they come to the department.

A total of 307 new cases and 351 patients were recovered in Mohali. At the same time 8 have died due to infection. Including new cases, there have been a total of 5581 cases in the district so far. At present, 2154 cases are active while 3303 have recovered. So far, a total of 124 people have lost the battle of life with this infection.

Panchkula received 235 new cases of infection on Wednesday while two died due to infection. Of the new cases, 143 are from Panchkula. A total of 4527 cases have been reported in the district so far, of which 3458 are from Panchkula. A total of 2154 patients have become healthy so far while 1266 cases are active at present. Those who died included a 52-year-old male from the village of Raiwali in Barwala and an elderly woman aged 19 to 67 years.

According to experts, according to the trend of corona seen so far this month, the corona graph will now grow rapidly. Now people need to be more careful than before. Protocols designed to avoid this have to be strictly followed.

This was Trinity's position on Tuesday

The infection of corona is spreading rapidly in three cities of Tricity- Chandigarh, Mohali and Panchkula. There are a total of 763 cases covering all three cities on Tuesday. For the first time such patients have come in such a large number in one day. Chandigarh has the highest number of 377 patients, Panchkula 218 and Mohali 168. A total of 6 succumbed to the infection on Tuesday at Tricity.