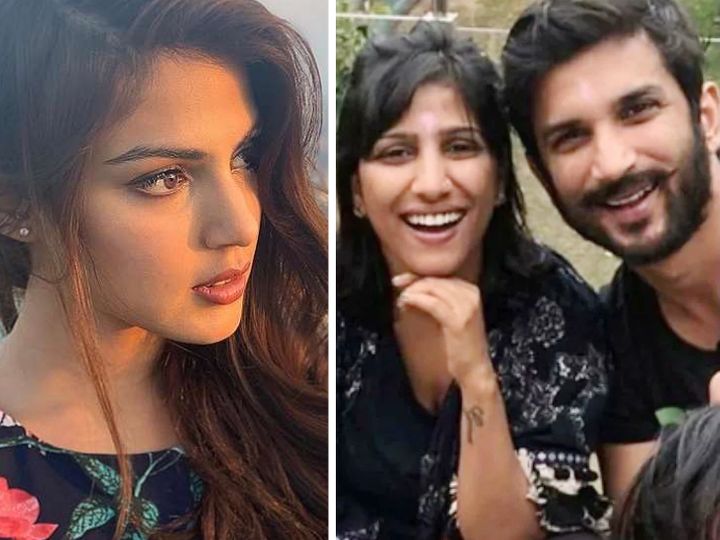 Riya Chakraborty has lodged an FIR against Sushant Singh Rajput's sister Priyanka Singh, Dr. Ram Manohar Lohia Hospital of Delhi, Dr. Tarun Kumar and others under forgery, NDPS Act and Telemedicine Practice Guidelines -2020. Riya has done this FIR on June 8 regarding the medicines sent by Priyanka to Sushant on WhatsApp. A copy of this FI recorded at Bandra Police Station is present with Dainik Bhaskar.

Sushant was struggling with a bipolar disorder: Riya

Riya has written in the FIR that Sushant was suffering from various mental illnesses and was undergoing treatment. According to him, many famous doctors had told him to have bipolar disorder. Riya alleges that Sushant did not follow discipline in the matter of taking medicines and never stopped them.

'I was surprised to see Priyanka's message'

According to the actress, she lived with Sushant from December 2019 to June 8, 2020. She writes When I woke up on the morning of 8 June, I noticed that the deceased were constantly busy on the phone. When I checked, he showed the messages which he exchanged with his sister Priyanka. I was surprised that Priyanka had sent him a list of medicines.

I explained to the deceased that they should not take other medicines, keeping in mind the severity of the disease and the medicines already given by the doctors. Especially do not take the medicines that his sister has prescribed. Because they have no medical degree.

But they did not agree with me. He decided to take the medicines prescribed by his sister. After this, the deceased asked me to leave the house, because another sister of his, Mitu Singh was going to come there. Because of this, I came to my house in Mount Blanc, Bandra. I last saw the deceased on the same day (on 8 June).

According to Riya, Sushant had told his sister that he could not take medicines without a prescription. But it is surprising that his sister sent Dr. Rammanohar Lohia's associate professor Dr. Tarun Kumar's paper the same day.

Riya has written that some WhatsApp messages were exchanged between Priyanka and Sushant recently on 8 June 2020, which is very disturbing and reveals many kinds of crimes. According to Riya, prescribing a medicine without consulting a patient is a forgery under the NDPS Act-1985. Also, the medicines written by Dr. Kumar are banned under the Telemedicine Practice Guidelines issued on 25 March 2020.

Sushant died five days after getting the form

Riya has written in the 16th point of her FIR that Sushant died 5 days after getting the doctor's form sent by Priyanka. In this paper, Dr. Kumar wrote illegal psychotropic medicines at the behest of his sister. Riya has demanded the investigation of Priyanka, Dr. Tarun Kumar and other well-known people and any kind of conspiracy with the death of the deceased and the circumstances surrounding it.

After Riya's complaint, investigation has started against Dr. Tarun Kumar, Associate Professor of Dr. Ram Manohar Lohia Hospital. According to the news, its report will be revealed on 17 September.

These new features came in this old phone of Realme, so you can also update your smartphone. gadgets – Tech News

Nitish Kumar Virtual Rally [Updates]; JDU National President and Chief Minister Nitish Kumar Nischay Samvad Latest News Today | In the online rally, Nitish said – Everyone knows what happened to the educated girl in Lalu's family; If Lalu is inside then the public gets liberation

Nitish Kumar Virtual Rally [Updates]; JDU National President and Chief Minister Nitish Kumar Nischay Samvad Latest News Today | In the online rally, Nitish said - Everyone knows what happened to the educated girl in Lalu's family; If Lalu is inside then the public gets liberation