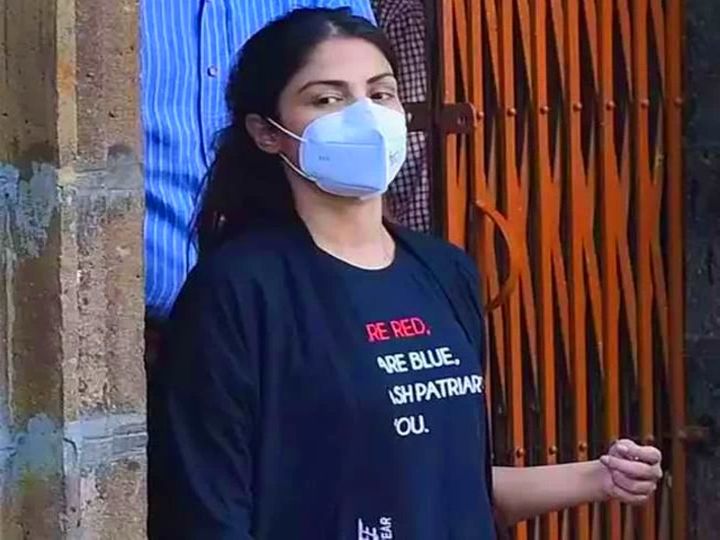 Riya is currently lodged in Byculla Women's Jail in Mumbai and has been sent to judicial custody till 22 September by the court.

Lawyer Satish Manashinde is likely to approach the Bombay High Court today on bail of actress Riya Chakraborty and her brother Shovik, lodged in Mumbai's Byculla Women's Jail. The duo's bail plea has been rejected twice in the lower court since they were arrested by the Narcotics Control Bureau. Apart from these two, Abdul Basit, Zaid Vilatra, Dipesh Sawant and Samuel Miranda, arrested in the drugs case, can also approach the High Court for bail.

16 people arrested in this case so far

They are currently in judicial custody till 22 September. Riya was arrested by the Narcotics Control Bureau (NCB) on 8 September. On the other hand, the Enforcement Directorate (ED) can file a new case against Riya. Police have arrested 16 people so far in Drugs Angle. They also include an auto driver and restaurant owner. Karamjit Singh Anand, Dwayne Fernandes, Sanket Patel, Ankush Anreja, Sandeep Gupta and Aftab Fateh Ansari have been arrested between Saturday and Sunday. Cases have been registered against all under the NDPS Act on narcotics control. Anand was involved in the supply of drugs and is said to be having an affair with some Bollywood people.

Fernandes used to bring Ganja and Charas to Sushant

An NCB official said Fernandes used to deal with Ganja and Charas and is an associate of Shouvik Chakraborty, brother of actress Riya Chakraborty. The official said the NCB suspected that Fernandes was involved in supplying drugs for Sushant. The officer said Patel used to work under Anand and used to deliver drugs to prominent personalities. Regarding Gupta's role, he said that he is a rickshaw driver but he used to deliver drugs to retail dealers like Fernandes.

He said that Ansari is an associate of Gupta. The Special Investigation Team (SIT) of NCB is investigating the intoxicating case, in which Riya Chakraborty, Shauvik, Rajput manager Miranda, domestic assistant Dipesh Sawant and others have been arrested.

No Bollywood celebrities are being investigated in drugs

Two days ago Times Now quoted a Riya Chakraborty as revealing that actresses Sara Ali Khan, Rakul Preet Singh, Seemon Khambata, Rohini Iyer and director Mukesh Chhabra are involved in drugs. The NCB has denied these speculations. He has said that no Bollywood celebrity has yet been put on the radar nor is it being investigated.