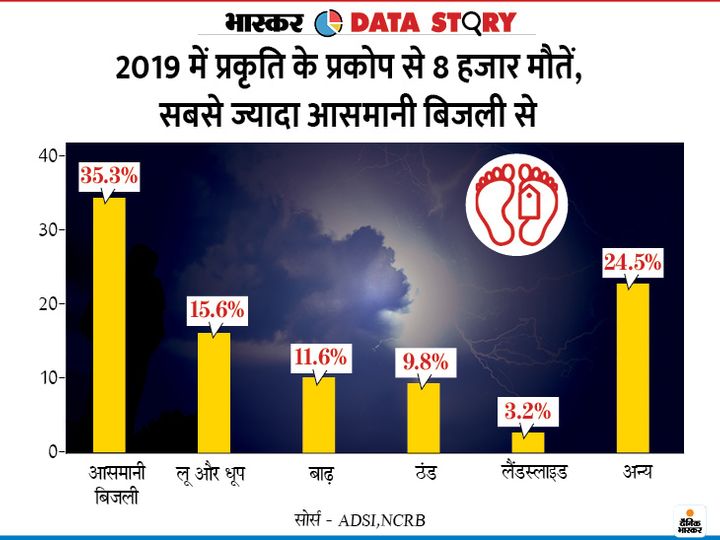 Every year thousands of people die due to natural disaster in India. Death due to natural calamities i.e. floods, celestial lightning, heat stroke and cold, which can also be called Act of God. But there are many disasters which are natural, but the system is also to blame for them. What to go back more, this year, more than a thousand deaths have occurred due to the flood.

The National Crime Records Bureau i.e. NCRB has submitted its report on deaths due to natural disasters. It has analyzed data for three decades. According to this, 4.21 lakh people died in accidents in 2019. Of these, two per cent of the deaths were due to nature's havoc. In this also, sky lightning has claimed the most lives. This was followed by heat, flood, cold or landslide. This is 18% higher than in 2018. Talking about the states, Bihar (1,521) and Odisha (1,466) have the highest number of deaths due to natural havoc. The number of deaths in these two states is 35% of the total deaths in the country. Similarly, there have been around one thousand such deaths in Uttar Pradesh, Madhya Pradesh, Maharashtra and Jharkhand.

35% deaths due to lightning 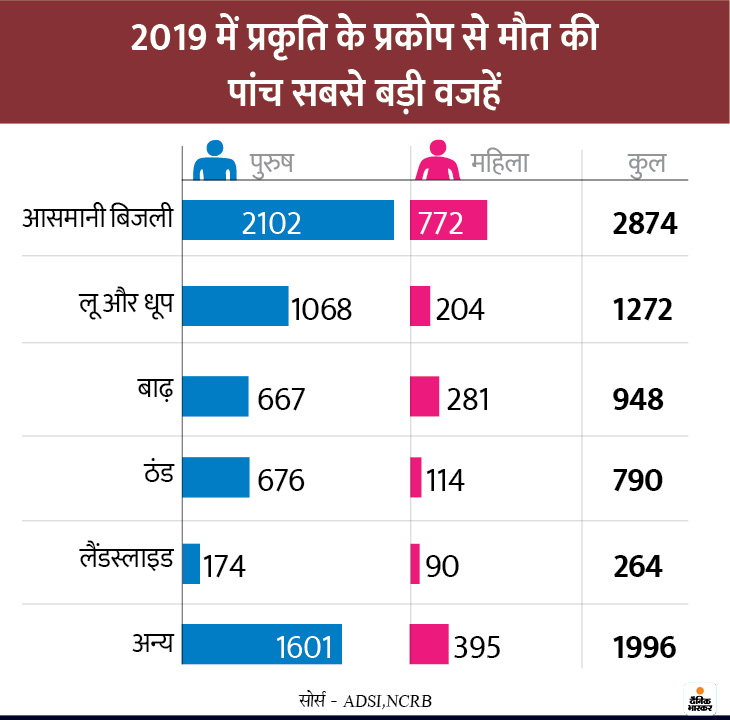 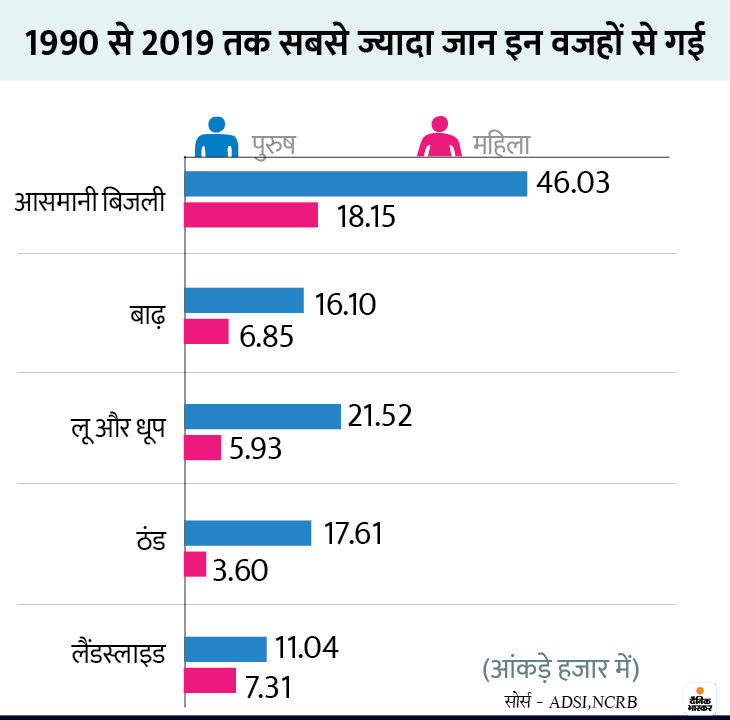 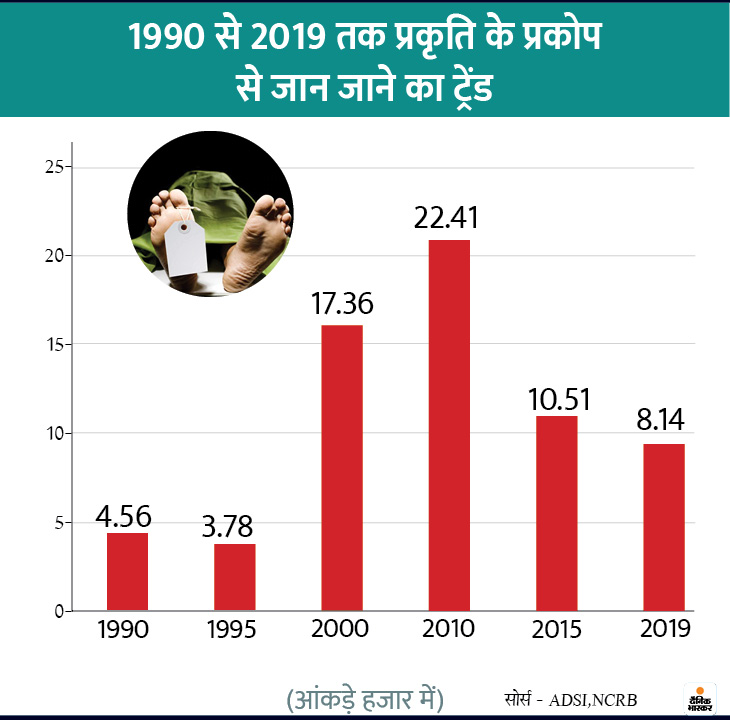