Shweta Singh Kirti shares video of Sushant writing with both hands, calls him a 'rare genius'. Sushant used to write with both hands simultaneously, less than 1% of the people in the world have this skill, the sister said while sharing the video, Rare Genius 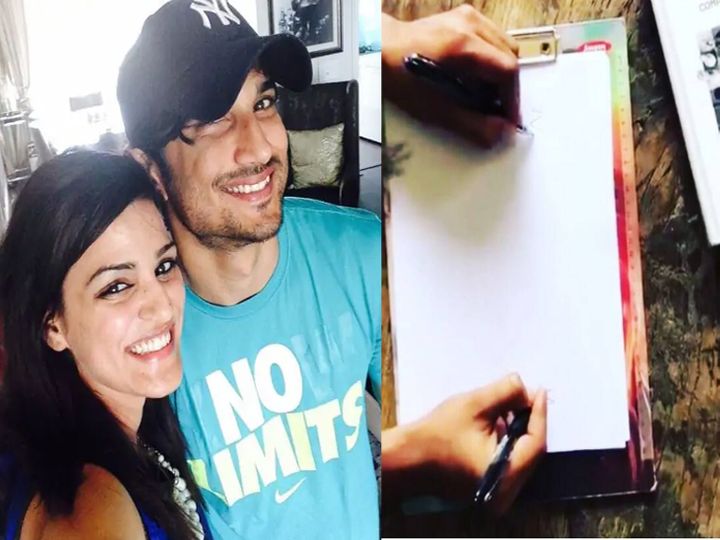 In the video, Sushant can be seen writing 'Nothing is impossible' with both hands simultaneously. He had this unique talent. Shweta wrote in its caption, Rare Genius … Ambidexterity-mirror writing, less than 1% of the world's population is able to do so. #MyBrotherTheBest #JusticeForSushantSinghRajput #GlobalPrayersForSSR

Earlier, Shweta had shared another video in which Sushant looked very happy in the school of blind children of Ranchi. Shweta wrote in the caption of the video, this was my brother. !! # MyBrotherTheBest

Shweta often shares memories of her brother on social media. Recently, he also shared a photo collage, which captioned, “In 2014, we and our brothers, Rani Di and Jeeju, were dancing to the tune of Hum Tu Tu Cheez Badi Hai Mast-Mast on the 20th anniversary. Shweta used hashtags like Miss You Bhai and My Brother Is Best with this caption. In this photo, apart from dancing Shweta-Sushant are seen with the rest of their sisters Rani, Priyanka and Mitu.

Shweta is a businesswoman

Shweta was born on 10 November 1987 in Maldiha village, Bihar. His father's name is Krishnakant Singh and mother's name is Usha Singh. The father was a government employee and the mother was a housewife who has now died. Sushant was Shweta's only brother. At the same time, he has three sisters named Rani, Priyanka and Mitu.

Shweta did her early schooling from St. Karen High School, Patna. Currently, Shweta herself has become a businesswoman. They have also opened a nursery school for children named 'Damara Kids' in Livermore, California.