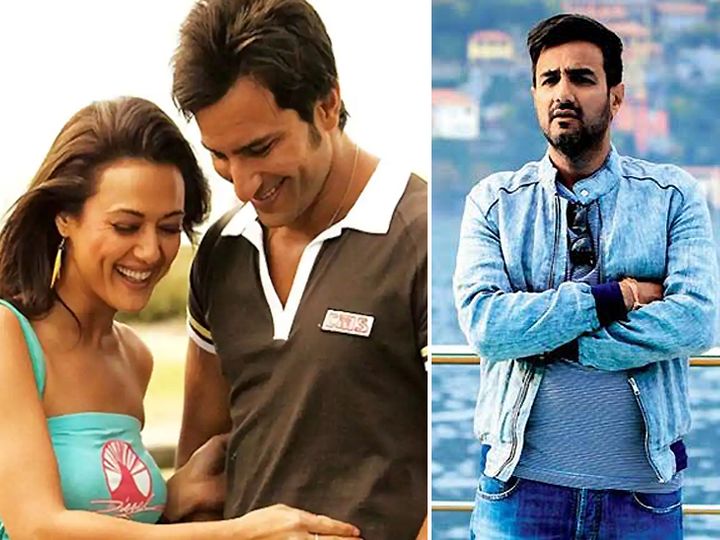 The release of Saif Ali Khan and Preity Zinta starrer film Salaam Namaste completed 15 years on Wednesday. The film was released on 9 September 2005. On this occasion, the film's director Siddharth Anand had a special conversation with Dainik Bhaskar and told that the film was ahead of its time.

Siddharth said that 'Today this film is going to be 15 years and it raised an issue which was taboo. Even then, there was not much talk about live-in, but it was very prevalent in Indian society settled in India or abroad. Even though it seemed to be a film ahead of its time, there was no deliberate or embarrassing work done in the film. There was no attempt to do anything strange.

Everything that was shown was organic

He further said, 'When the film was releasing and we started publicizing the live-in relationship shown in it, I really felt at the same time that we were going to do something completely new. I had not tried anything different or new. It was in such a way that all right, both the characters are sharing the room rent and started to mingle with each other. So going from two rooms to the same room. This is the living in. So it was organic. '

'There was nothing shameful or shocking in it. I wanted to show something similar and careless. It was very organic and I think that is what helped us. We did not try too much and it should be spoon feeding in the mouth of the audience. This is the reason that this film sparked a very important discussion in our society about Indians living together without marrying.

Everyone is equal in Yash Raj

'It is a Yash Raj banner film. There is magic in the atmosphere here. I started as an assistant in this company. Even then we were given equal status here. Often on Saturday, Aditya Chopra used to take us to lunch. You feel like being here at home because every person is equal when you are in your house, and you live in YRF with the same spirit. '

'I mean we were just assistants and looked at Yash Chopra and Adi Chopra from the eyes of the God of Indian cinema, who made the biggest Indian blockbuster films and was our inspiration. Films ranging from 'Hum Tum' to 'War' have coined pop culture. Whatever genre he tried in, his films raised the standard high.

Every movie i tried to separate

Siddharth says- 'It has been 15 years in my career and during this time I have made 6 films and I think yes, I have tried to do something different with each of my films, I think finally' War 'With the help of the film, I have become so attached to my audience that now they expect something from me to set new records.'