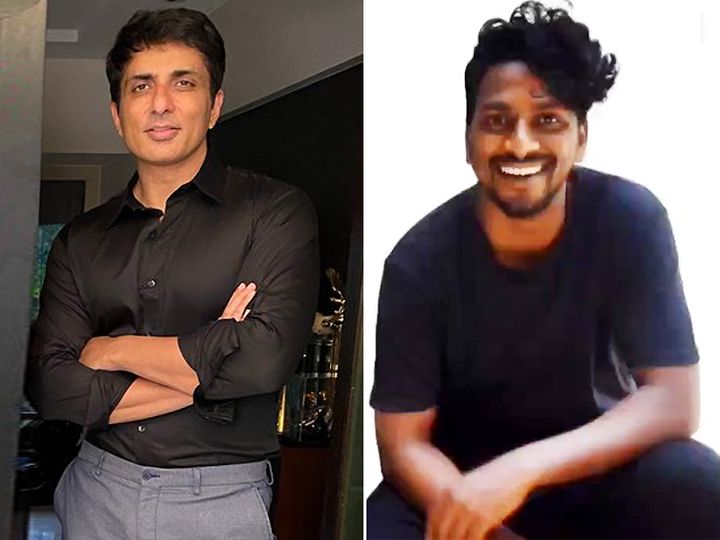 Prashant's condition is very serious due to the accident. After which Sonu Sood has come forward to help them.

Actor Sonu Sood, who has made a place in the hearts of people across the country by helping the needy since the lockdown started in the country, has now come forward to help a Tollywood artist. The artist named Prashant had an accident, after which his friends sought help from Sood through social media. Sonu responded by telling them that they had spoken to the doctors, they would soon stand on their feet.

Seeking help from Sonu Sood, a person named Ashish wrote, 'Sonu Sood Sir, our friend Prashant had become an accident and his condition is very critical. You have always showered your love on Tollywood artists. We want you to save his life and show the whole of Andhra why this world calls you 'Messiah'. We need your help, sir. He is the only earning person in the family.

Sood said – everyone's prayers are with him

In response to the tweet, the actor wrote, “Tell Prashant's family not to worry, I am with him. Congratulations from all over Andhra and prayers with Tollywood industry are with him. Talked to doctors, soon they will stand on their feet. '

Tell Prashanth’s family not to worry.
I am with him.
Wishes of whole of Andhra & prayers of Tollywood industry is with him.
Already spoke to the doctors, will get him at his feet soon ❣️🙏 https://t.co/p5cNVr8EiI

The whole family depends on him

In the video tagged to Sonu, information about Prashant was also given. It stated that 'Hello Everyone, that's Prashanth, one of the talented dancers of TFTDDA. Has worked in many films. Unfortunately, three days ago, he succumbed to an accident. His condition is currently critical. He comes from a poor family and the whole family depends on him. Therefore, we request you to come forward to help him. You can save the life of a talented dancer. '

At the same time, Prashant's friends said in the video, 'Hello Friends, we are dancers associated with the Telugu film industry. Three days ago, a friend of ours Prashanth succumbed to the accident. He is the only earner in his house. He has also worked with many big choreographers and many big South Indian artists and is currently admitted in Apollo Hospital. His condition is very serious. Therefore, we have come forward to save Prashant's life and we hope that people will help us in saving Prashant's life. '

Kangana Ranaut Hit Back On Jaya Bachchan Over Bollywood Image Ask Her Show Compassion For Us Also – Reversed on Kangana's Jaya – Would you have said the same to my daughter instead of Sushant and my son?

Kangana Ranaut Hit Back On Jaya Bachchan Over Bollywood Image Ask Her Show Compassion For Us Also - Reversed on Kangana's Jaya - Would you have said the same to my daughter instead of Sushant and my son?

Donald Trump Says Protesters Did Not Even Spare Statue Of Mahatama Gandhi – Trump told thugs of protesters, said – he did not even leave Mahatma Gandhi's statue