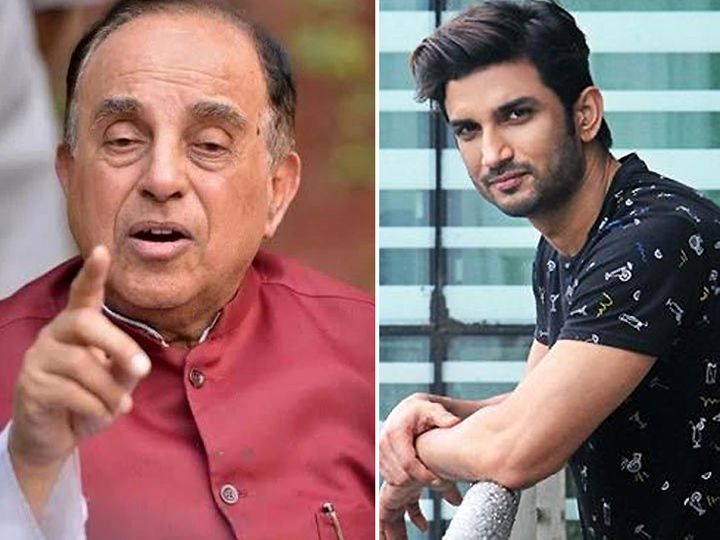 According to Subramaniam Swamy, the three major agencies have uncovered many such evidences from which Sushant's death can be proved murder.

BJP MP Subramaniam Swamy claims that the three major agencies probing the Sushant Singh Rajput death case have discovered a large amount of evidence that can be proved in court that Sushant was killed and executed as part of the conspiracy. Given. He said this based on the findings of the investigation conducted so far by the CBI, ED (Enforcement Directorate) and NCB (Narcotics Control Bureau).

In his two tweets on Saturday, he not only expressed confidence that Sushant will get justice, but also said that he will be proved right due to the cleanliness process going on in Bollywood.

In his first tweet, Swamy wrote, “Sushant Singh Rajput's devotees ask when the SSR case hearing will begin. I cannot tell, because the AIIMS team cannot conduct an independent investigation because of not having a body. So the hospital records Relying on it, he said that 'the murder has not happened, but the CBI can take a decision based on the circumstantial evidence'. That's why CBI, ED, NCB showed so much enthusiasm. “

SSR bhaktas ask when SSR case will reach prosecution. I did say but: AIIMS team could'nt make independent probe since no body. So relied on Hospital records & said “murder not ruled out but CBI can decide on circumstantial evidence”. So CBI, ED, NCB at it with vigor … contd next

Sushant will get justice

In the next tweet, he wrote, 'Now that the trinity agencies have disclosed a lot of evidence, I am confident that it will be easy for the CBI to prove in court that it is definitely a case of murder committed under the conspiracy . Not only will Sushant get justice, but he will also be proved right in the cleaning process going on in Bollywood.

Now the Trimurti agencies have unearthed huge evidence by which I am confident CBI will find it easy to prove in court that it was indeed murder by conspiracy. Not only justice will be done but SSR will be vindicated by the clean up that follows in Bollywood.

In a tweet on 3 September, Swamy claimed that the evidence in the Sushant case has been systematically destroyed. He wrote, 'The evidence was scrupulously destroyed. Therefore in this case it will need to be very carefully reconstructed. Sushant was cremated the very next day, so determining the autopsy report of Cooper Hospital would be the most difficult task. Therefore this gap can be bridged through the circumstantial evidence and confession received by the CBI. '

There was systematic destruction in the evidence. This requires painstaking reconstruction. Since SSR was cremated next day, toughest is the re-evaluation of the Cooper Hospital autopsy report. So circumstantial evidence obtained by CBI and confessions got to fill the gap.

Autopsy was also accused of delay

Earlier in his tweet on August 25, Swamy had accused him of poisoning Sushant, saying that 'the demonic mindset of murderers and their reach is slowly coming to the fore. The autopsy was deliberately forcibly rolled, so that the poison dissolves in Sushant Singh's stomach. Those who are responsible for this need to be tightened.

Now the diabolical mentality of the killers and their reach is being slowly revealed: autopsy was deliberately forcibly delayed so that the poisons in SSR’s stomach dissolves beyond recognition by the digestive fluids in the stomach. Time to nail those who are responsible

In his tweet on August 24, Swami had described Sushant's death as a Dubai connection. He tweeted and wrote, 'Like AIIMS doctors had found the real poison in Sunanda Pushkar's stomach. This did not happen in the case of Sridevi and Sushant. Dubai's drug dealer Ayash Khan met him on the day Sushant died? But why?'

Like in Sunanda Pushkar case the real give away was what was found in her stomach during post mortem by AIIMS doctors. This was not done for Sridevi or Sushant. In Sushant case a Dubai compliant drug dealer Ayash Khan had met Sushant on the day of Sushant’s murder. Why?

Riya and Mahesh Bhatt were questioned

Earlier, Swami had targeted Riya Chakraborty in another tweet. He had said, “If Riya Chakraborty continues to give evidence that contradicts her conversation with Mahesh Bhatt, then there will be no way other than arresting and questioning her before the CBI to reach the truth.”

If Rhea Chakravarty keeps giving evidence which contradicts her conversation with Mahesh Bhatt then CBI will have no alternative but to arrest her and subject her to custodial interrogation to get at the truth.

Google introduced new design of Google Pay for these smartphones, got these features too … | apps – Tech News

Paytm App Removed | What is Google Play Gambling Policy? What Are Google Play Store Rules? All You Need To Know In Simple Words In Hindi | Paytm vs Google: How Paytm Became a 'Gambling App' for Google? Everything you need to know