Suicide Due to Drug Abuse (NCRB ADSI) 2019 Statistic Fact | How Many People Suicide Annually Due to Drug? And Which State Has The Most Suicide Cases Due To Drug? | Is drugs also the reason for Sushant's suicide? 17 suicides every day due to drugs in last 5 years; Highest cases in Maharashtra 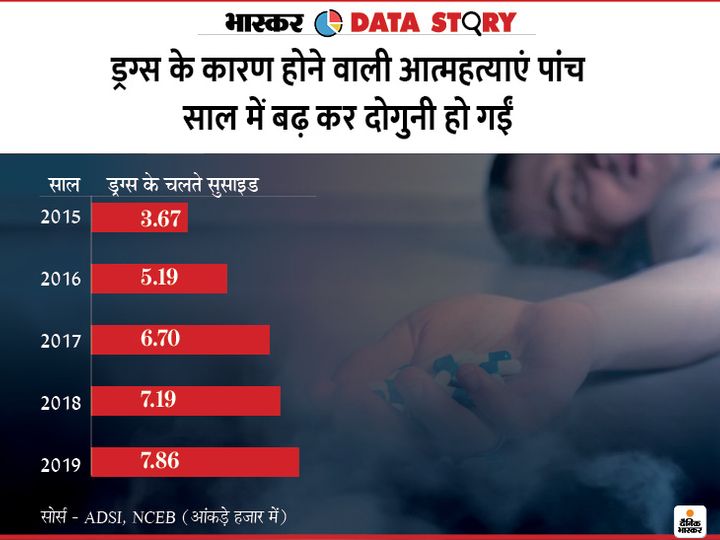 In the case of the death of actor Sushant Singh Rajput, an angle of drugs has been added. This has led to questions whether Sushant's suicide was also caused by drugs? This question is also right because the question arises because according to the data of National Crime Records Bureau (NCRB), there have been 31 thousand suicides due to drugs in the last five years. The maximum 7,860 suicides occurred in 2019. If you look at the figure of five years, then 17 suicides every day and if you look at the figure of 2019, every day 21 suicides are due to drugs only. 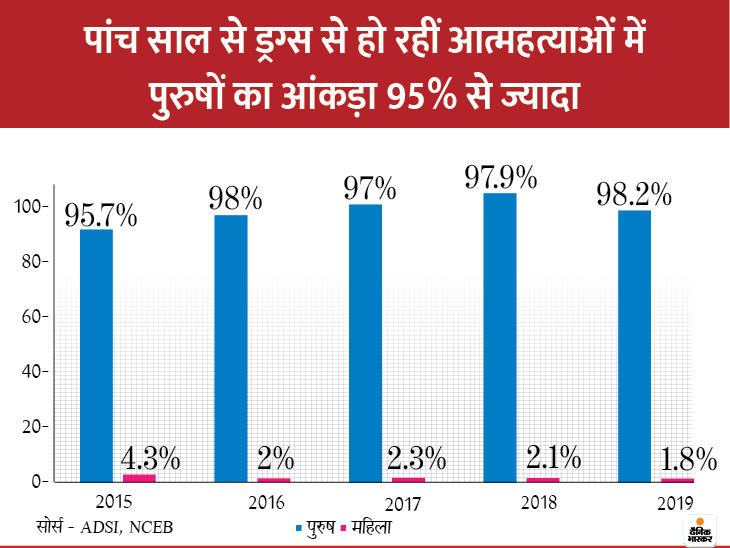 It is not right to compare the number of men and women in the suicide due to drugs in the last five years. From 2015 to 2019, the percentage of men who succumbed to drugs has been between 95% and 98.2%. It has increased continuously. 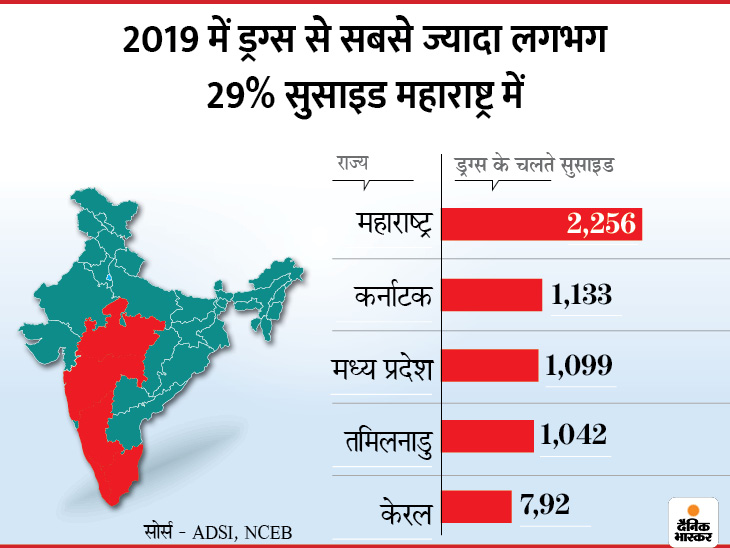 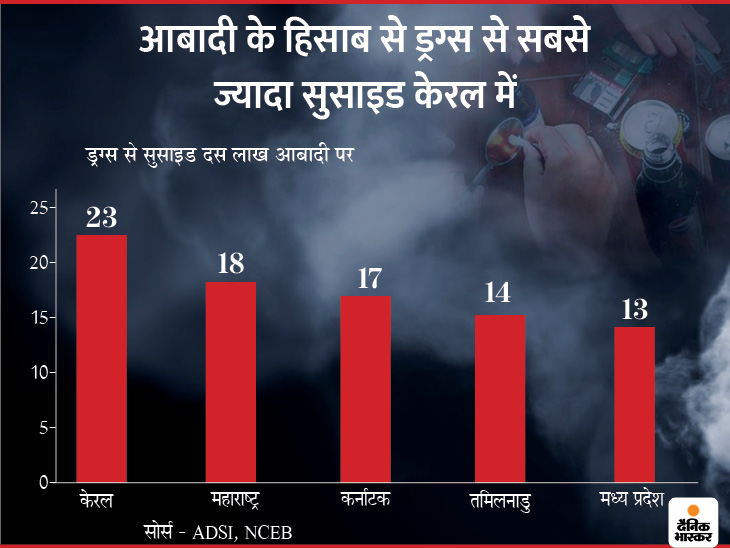 Even though Maharashtra has the highest number of suicides due to drugs, if you look at these deaths as a proportion of the population, Kerala is at the forefront. That is, there are 23 people on every million population due to drugs. It is followed by Maharashtra (18), Karnataka (17), Tamil Nadu (14) and Madhya Pradesh (13). 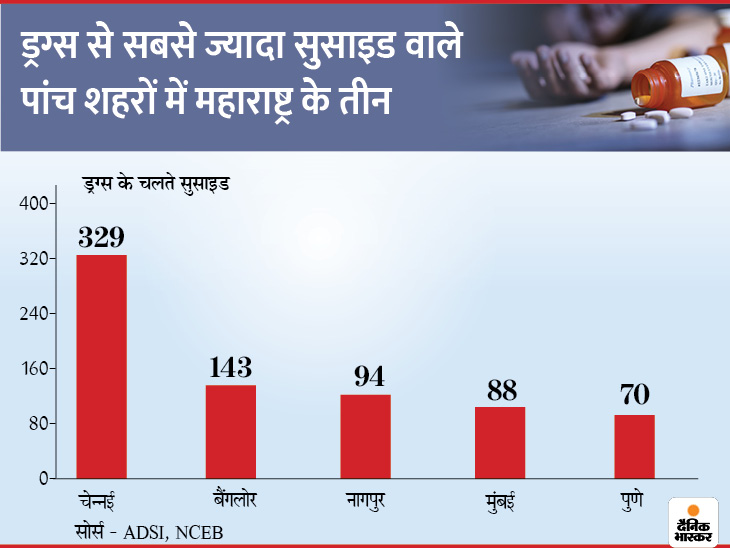 When we go beyond states and talk of cities, shocking figures come out. In Chennai, the maximum number of 329 people succumbed to drugs. It was followed by Bangalore (143), Nagpur (94), Mumbai (88) and Pune (70). That is, the top 2 cities are South Indian while three cities in the top 5 cities are from Maharashtra alone.