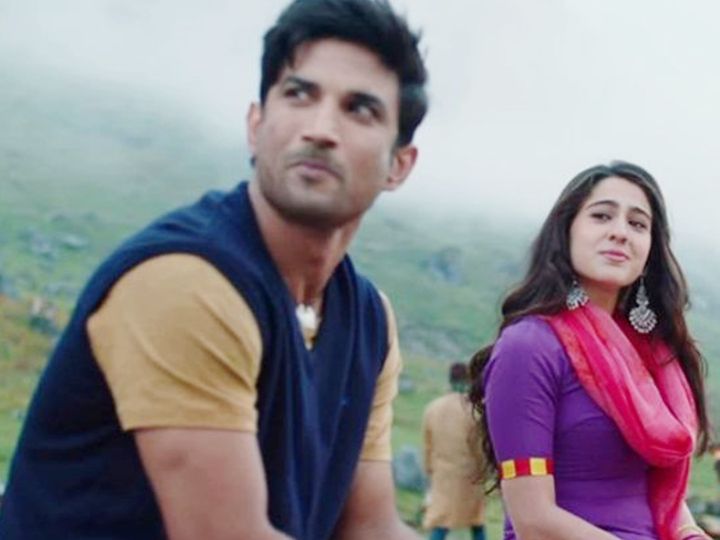 According to reports, Riya Chakraborty has mentioned the name of Sara Ali Khan among the drug users in front of NCB.

A video of Sara Ali Khan is going viral on social media amidst discussion of the name in the drugs syndicate, in which she is seen smoking at her farmhouse with Sushant Singh Rajput. However, it is not clear whether the two are smoking cigarettes made of drugs or whether they have a normal cigarette in their hands? It is being told that this video was made by a staff member of the farmhouse with the help of a drone. It is being said that Sara's difficulty may increase after this video.

Video during the promotion of 'Kedarnath'

The video is being told that when Sushant and Sara were busy promoting their film 'Kedarnath' (2018). Both of them reportedly visited the farmhouse on the banks of Pavana Lake in Lonavla after the promotion of the film.

Raees, who was the caretaker of the farmhouse, also told in a conversation, “Sara started coming to the farmhouse with Sushant sir in 2018. He would stay for three to four days whenever he came. Returning from his Thailand trip in December 2018 After that Sushant sir and Sara Mam came directly from the airport to the farmhouse. It was about 10 or 11 at the time. They were accompanied by their friends. “

According to reports, Riya Chakraborty has revealed the names of 25 Bollywood celebs in a 20-page long statement to the Narcotics Control Bureau (NCB). He has admitted that Sara Ali Khan, Rakul Preet Singh and fashion designer Simone Khambata have taken drugs.

Riya has also named Sushant's friend and former manager Rohini Iyer. However, some other reports believe the NCB has denied this claim. He has said that no Bollywood celebs have been named before him.

Drugs found in the farmhouse

On Monday, the Narcotics Control Bureau raided Sushant's farmhouse. During this time, they have found things like medicines, ashtrays and hookahs, which are useful for taking drugs.

According to reports, Sushant used to party here with Riya Chakraborty, Siddharth Pithani, Samuel Miranda and others. These parties were held even when Sushant was in depression. Sushant had rented this farmhouse and paid Rs 2.5-3.0 lakhs every month for it.