Terrorist Encounter in Kashmir, 3 militants killed and a woman died at Batmalloo in Srinagar | Security forces killed 3 terrorists in the encounter; 2 soldiers injured in cross firing, one woman dead 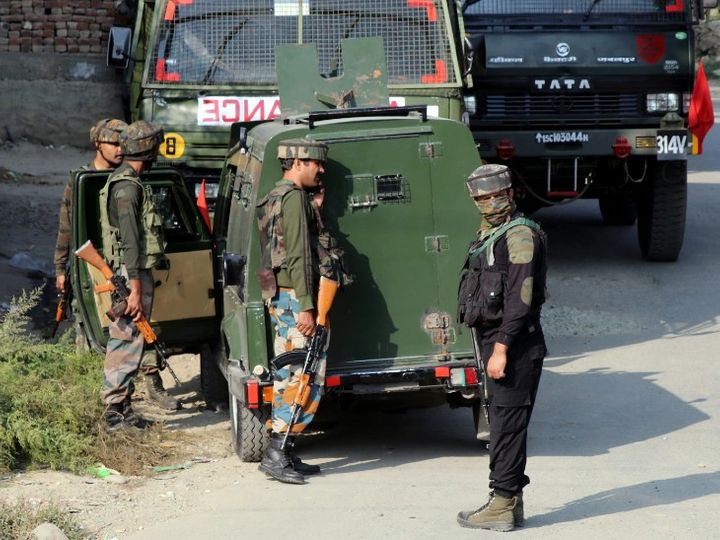 The photo is of the jawans handling the location around the encounter.

Three militants were killed by security forces in Batmaloo area of ​​Srinagar on Thursday. Two CRPF jawans firing on behalf of the terrorists were injured and one woman was killed. On the information about the hiding of the terrorists, the Security Forces started the search operation at around 2.30 am. Meanwhile, the terrorists started firing.

Earlier on September 5, security forces killed 3 terrorists in Baramulla. The terrorists had 2 AK-47s, 2 magazines and a pistol. Following the input of terrorist infiltration from Pakistan, the police and army of Jammu and Kashmir have been conducting a search operation for the past several months.

Some people from different states are joining I.S.
The government told the Rajya Sabha on Wednesday that some people from different states, including the southern states, have joined the terrorist organization IS. The National Investigation Agency (NIA) has registered 17 cases related to IS presence in Telangana, Kerala, Andhra Pradesh, Karnataka and Tamil Nadu and arrested 122 accused.

Narendra Modi Bihar News Update | Prime Minister Modi Speaks on Farmers Over Agriculture Bill After Inaugurate Kosi Rail Mega Bridge | Narendra Modi said- now those who have been in power for many decades are trying to provoke the farmers, lying to them

Pm Narendra Modi on Farmer Bill Says Opposition Started Spreading Lies, Will Continue On Msp – Modi lashed out at Opposition over Agriculture Bill, said- Those who rule for decades are lying