These are 49-year-old Pradeep Kanaujia, who has made Muktidham his home.

A 49-year-old man was taking out the body from an ambulance in the scorching sun. He had no PPE kit on his body, nor gloves in his hands. He was performing the last rites of the dead bodies due to Corona, whose close relatives are not wearing PPE kits.

He would remove the dead body, then place it on the pyre. PPE opens the kit a bit to show the family the deceased's face. Then after giving fire, he used to stand close to the pyre. In between, he used to move the sticks burning with sticks. 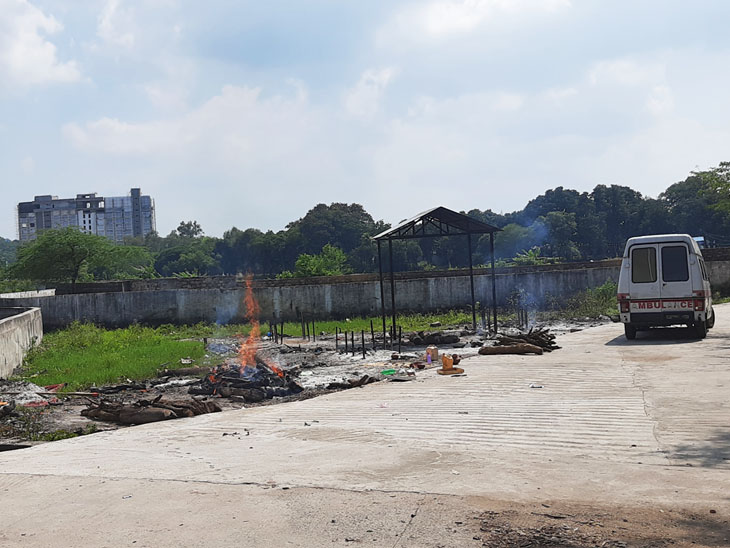 A separate site has been set up for the cremation of corona patients at Bhadbhada Muktidham. Common people do not even come here.

While doing so, there was no fear on Pradeep Kanaujia's face. He has been serving at Bhadbhada Muktidham, Bhopal for the last 35 years. Remains at Muktidham. Eat and drink here. He is survived by two daughters, wife. If we have to meet him, he calls us to meet at Muktidham itself.

Having gone home since Corona has become almost impossible. Even when those people come, they meet far away. They make their own food and do the work of giving fire to dead bodies day and night. On Friday, Pradeep performed the last rites of the body of a corona patient at quarter to twelve. Then bathed and ate the food at half past one in the night.

Why did you have to do this? Said on this, it was a matter of relative of some sir. He died at home from Corona. By the time the body reached Muktidham, it was quarter to twelve, then the funeral had to be done at night itself.

Pradeep has had to cremate the dead bodies several times in the past as he does not want to keep the corona patient dead at night. They say, though we take the dead body only till 7 pm, but now if someone comes to the door, then they will tell them a little bit that you go back with your body. Many times an ambulance is parked here overnight, so in the morning, do the last action. 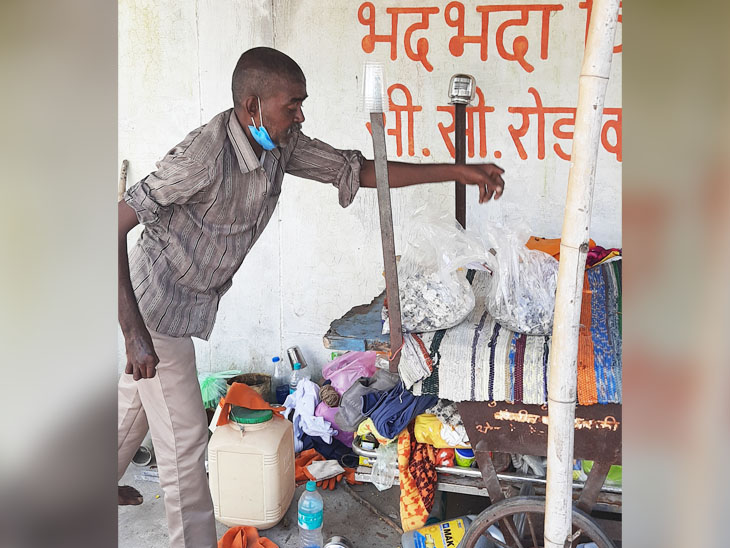 Pradeep is also handling the bones. They place bones in the bags by marking them, so that the correct bag is found by the right person.

So far in India, more than 69 thousand people have lost their lives from Corona. Of these, Pradeep has cremated more than 400 dead bodies till now alone. Why don't you wear PPE kits? On this question, Pradeep says, we get ten kits every three to four days. We are three people who cremate the dead bodies, so the kit is finished within a day.

Then the next two-three days have to work without a kit. According to Pradeep, wearing a kit in such strong sunlight is very difficult to perform the last rites. The whole body becomes sweaty. Nervousness begins to occur. Pradeep gets 6 thousand rupees every month from Muktidham, i.e. 200 rupees a day. At the same time, the other two people, they get some share of the money that the common people give. 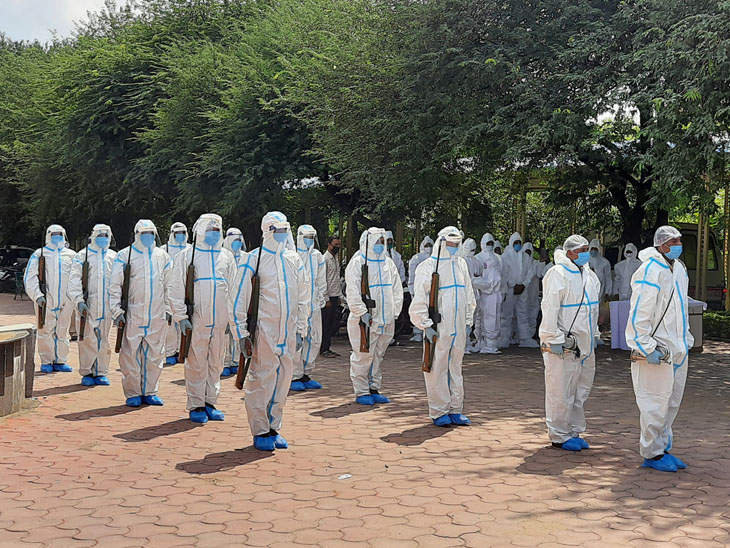 These are all policemen wearing PPE kits. One of his companions died of corona, after which he was given a salute wearing PPE.

Pradeep is not only performing the last rites of the dead bodies but also handling the bones. Actually, the corpses of corona patients are from different places. Some Delhi, some Mumbai and some Gwalior. The body takes four to five hours to burn. Most families have a quarantine due to Corona. Even if someone comes, it does not stop for five hours.

Pradeep keeps the bones of different dead bodies in different bags and puts different marks on them for identification. They say, he who comes takes my number. Ten-fifteen days after the funeral, those people come and take the ashes. Till then the bones have to be preserved. 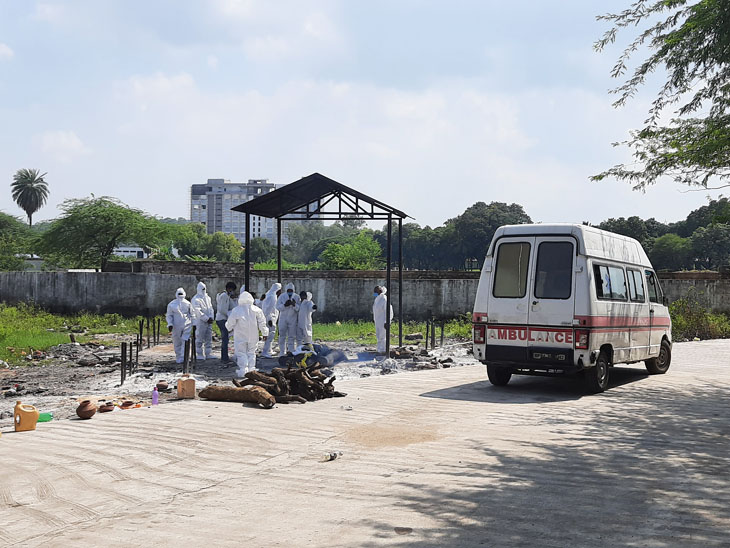 The family is also not coming here without a PPE kit, but Pradeep has to be cremated without the kit.

There are many times in the Muktidham that the body has come but the family has not come. In such a situation, the body is kept for several hours while waiting for the family. Many bodies come together at times, and then there is a wait for hours because in every Muktidham a separate place has been made for the funeral of the corona patients.

Pradeep says, last month, many times it happened that in one day I cremated ten to eleven dead bodies. Have to take a bath four to five times a day. Even during the day, it is not possible to eat well. I only have breakfast Food is only at night. However, he is getting full support from Muktidham Committee.