Today History for August 20th / What Happened Today | start of doordarshn birth of visvesvaraya sino-japan 1st war | Doordarshan, composed 61 years ago, is the birthday of Bharat Ratna Vishveshwaraiya, which we celebrate as Engineers Day 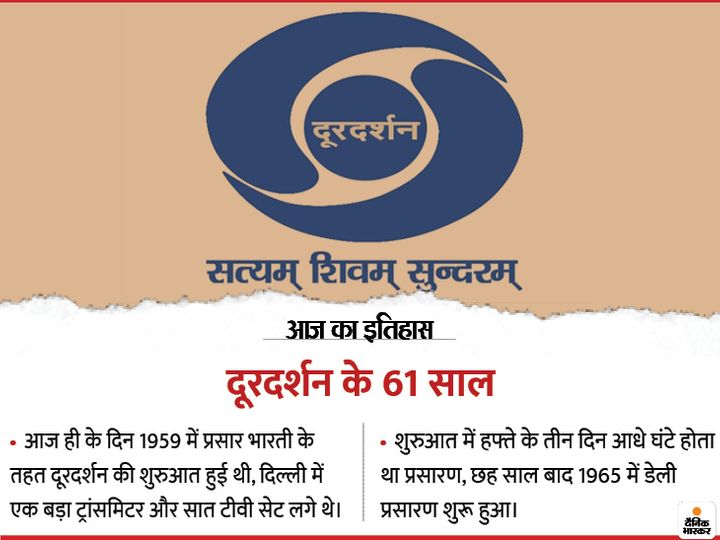 TV and Doordarshan have a similar history in India. Doordarshan started in Delhi on 15 September 1959. Then it was in the testing phase. The name was named Television India. Doordarshan was renamed in 1975. Even though TV has become a fool box and it is seen all over the world on all the 24 hours channels, but it has not always been so. When Doordarshan started, it broadcasted half an hour and a half hours three days a week. In 1965, daily programs started airing on Doordarshan. A five-minute news bulletin also began. However, TV growth was initially slow. By 1975 only seven cities could be reached. Color TV came out in 1982 and the Asian Games telecast had increased its popularity manifold. This is where the transformation of TV took place. New programs were started. Gradually the programs started airing in the morning and then in the afternoon. Today's program cannot be matched by the popularity of Krishi Darshan which is broadcast daily in the evening, Chitrahar twice a week and Rangoli coming on Sunday. The philosophy of agriculture which started in 1966 has also contributed to bringing green revolution in the country. Today a total of 21 channels of Doordarshan are broadcast along with 2 national and 11 regional channels. It is the largest broadcaster in the country with 14 thousand ground transmitters and 46 studios. 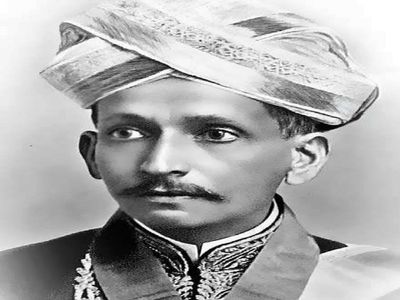 Mokshagundam Visvesvaraya was born on 15 September 1861 in Chikkaballapur taluka of Kolar district in Karnataka. His father Srinivasa Shastri was a Sanskrit scholar and Ayurveda physician. Civil engineering was the favorite subject of M. Visvesvaraya, who passed the engineering examination in the first class in the year 1883. Early in his career, M. Visvesvaraya had worked extensively on water supply projects in many cities including Kolhapur, Belgaum, Dharwad, Bijapur, Ahmedabad and Poona. In 1909, he was appointed as the Chief Engineer of the State of Mysore. He was also the railway secretary. Due to the construction of Krishnaraja Sagar Dam, the name of Mokshagundam Visvesvaraya was the most discussed in the whole world. The technology of the automatic doors of the dam was used by other countries of the world including Europe. Visvesvaraya was an advocate of industrial development. He was one of the first people who dreamed of starting several new departments like the Department of Metallurgy, Aeronautics, Industrial Combustion and Engineering at the Indian Institute of Science, Bangalore. In 1955, he was awarded the Bharat Ratna, India's highest honor.

The first war started today in China and Japan

The Sino-Japanese War was fought between China and Japan in 1894–95 over administrative and military control over Korea. The Meiji army of Japan was victorious in it, which led to the control of Korea and Taiwan in the hands of Japan. Due to defeat in this war, China understood the benefit of modernization of Japan and later revolution in 1911 against Ching Dynasty. Japan made China the main target of its imperialism and first in Korea it exercised its power with China. Korea was extremely important for Japan socially and politically because of its geographical location. Therefore Japan had a great interest in the Korea Peninsula. The Manchu emperors of China had annexed Korea in the 17th century and since then Korea was considered a subordinate territory of China. The independent king of Korea believed the emperor of China as his own. In this way, the kingdom of Korea was similar to a protected state of China. Japan had a traditional interest in the Korea Peninsula that led to this war.

This day in history is also remembered for these events ……