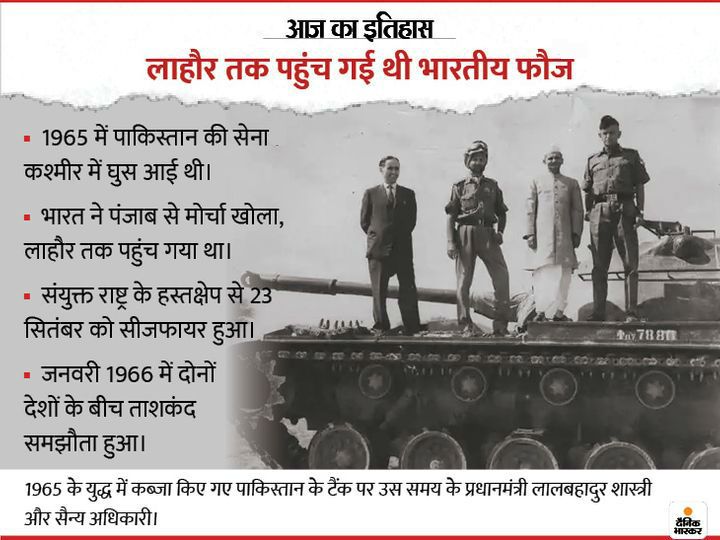 In the Indian history, the 1965 war with Pakistan is not given as much importance as the 1962 China War or the 1971 Pakistan War. But, the important thing is that on this day in 1965, India attacked Lahore in Pakistan through Punjab. Indian troops had reached Lahore from the Punjab front. Sialkot, Lahore as well as some fertile parts of Kashmir were also under the occupation of India.

The ceasefire was announced on 23 September following the intervention of the United Nations. Both countries claim that they won this war. Pakistan still celebrates this day as Defense Day. In the joy that he prevented India from moving forward. Later the then Prime Minister of India Lal Bahadur Shastri signed a Tashkent agreement with the Pakistani Prime Minister Ayub Khan. Tashkent was in the Soviet Union at the time, and today is part of Uzbekistan. It was only after the 1965 war that Lal Bahadur Shastri gave the famous slogan – Jai Jawan, Jai Kisan.

The Supreme Court delivered the landmark verdict on 6 September 2018. He repealed section 377 of the 1861 Indian Penal Code (IPC). According to this section, homosexuality was a crime that should be punished. It is said to be a major victory for activists fighting for India's LGBT rights. However, LGBT rights activists are still fighting over the legality of gay marriages.

The court's verdict is considered not only gay, but also by human rights activists. The decision was followed by celebrations across the country.

In 1522, Victoria became the first ship in the world to have traveled the whole world. It was a Spanish ship commanded by Portuguese explorer Ferdinand Magellan. He started the journey on 20 September 1519 to find the best route to Indonesia. The search began with 5 ships, including Victoria and 260 crew members. Three years later, on September 6, 1522, when the ship returned to Seville, Spain, only 18 crew members survived. Magellan was also killed. 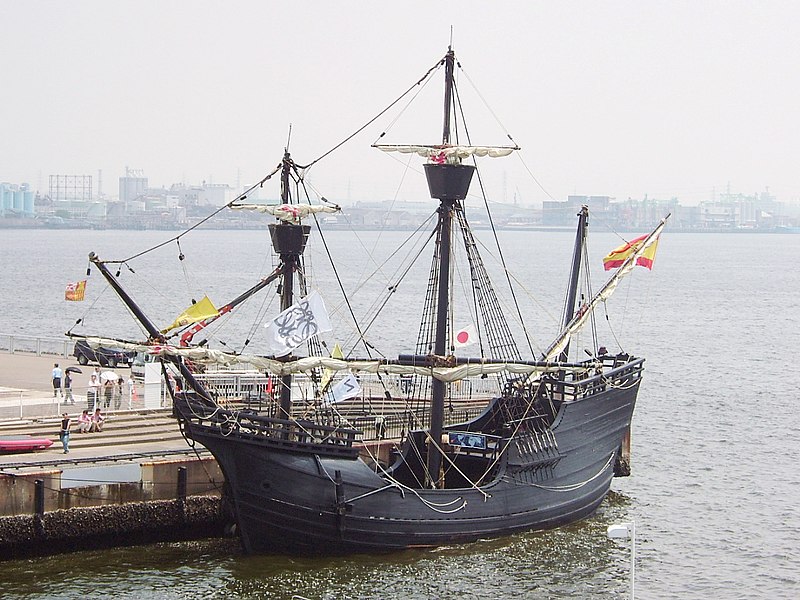 Victoria Ship Replica. This photo was taken in Nagoya, Japan.