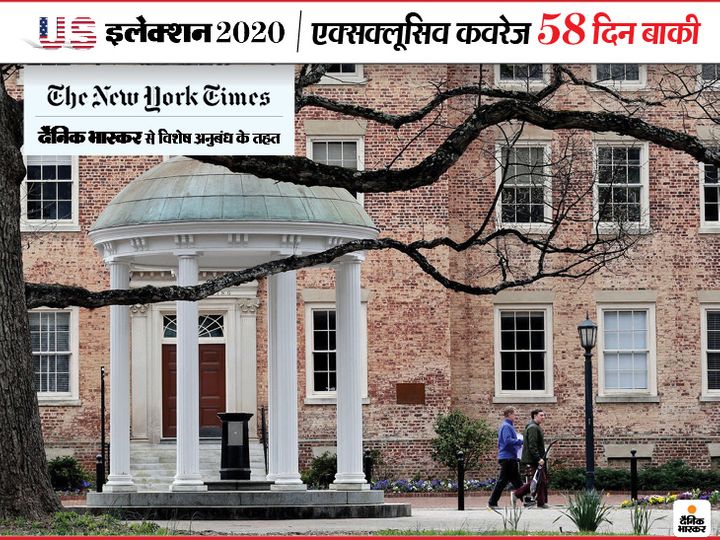 The photo is from the University of North Carolina. Research is going on here on the corona vaccine. The US intelligence agency has sent a number of alerts to this university, stating that China and Russia are trying to steal vaccine research and development data. Strong arrangements have been made to deal with this. (File)

The US presidential election in November also has connections to the Corona vaccine. Donald Trump wants the vaccine available before the election. His government issued a circular to all states last week. It said that the state should keep the distribution plan of the vaccine ready. On the other hand, American Intelligence has once again said that Russia and China are involved in a conspiracy to steal the data of vaccine research and development in America.

China and Russia's actions
In the US, some companies, including Pfizer, are manufacturing the vaccine. In addition to North Carolina, research is going on in many high-tech labs. Intelligence agencies of China and Russia are trying their best to steal the research data. This was revealed by the UK's Intelligence Agency after an analysis of fiber optics cables. Iran is also involved in this theft. Broadly speaking, every developed country in the world wants to know how other countries are moving forward on the vaccine. Intelligence agencies are being used for this.
The US has also made firm preparations to protect its vaccine research and development data from being stolen. NATO's intelligence network is also helping with this.

What is china doing
John Dimmers, a top official in the US Justice Department, said last week – The data being conspired to steal is valuable in economic and strategic terms. We know who is doing this work. Trump has stopped funding the WHO and described it as a puppet in China. According to reports, American officials had received information about China's actions in March itself. They suspect that the WHO is involved in China's plot.

Every plot failed
The FBI has thwarted every Chinese attempt so far. UNC spokeswoman Leslie Minton said recently – Intelligence agencies send us alerts about the threat. We tell all biotechnology labs about this. We know that the governments there are also involved in this conspiracy. Britain's electronic surveillance agency GCHQ also told the US about Russia's conspiracy. After this, Homeland Security and FBI became active.

Election connection of vaccine
Trump alleged last month that the Food and Drug Administrators (FDA) do not want the vaccine available before the election. According to Trump, the FDA is intentionally delaying approval so that they suffer loss in elections. On the other hand, the Trump government issued circulars to state governments. Said- Prepare a vaccine distribution plan before October. Give priority to the needy. If the vaccine actually becomes available before November, Trump will try to cash in on this election.

UK Scientists Develop Biodegradable Bandage Bone-forming Stem Cells Into Bone Fractures | The biodegradable bandage connecting the broken bones, it dissolves in the body after repairing the damage; Trial preparation in humans after successful experimentation in mice