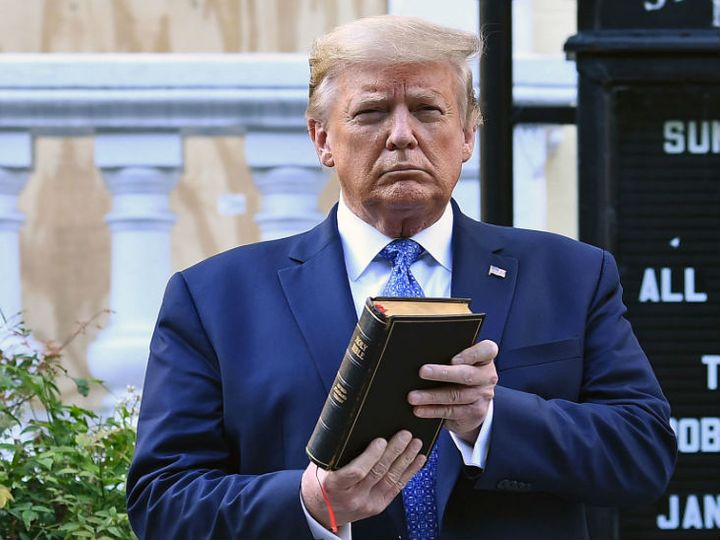 A black church in the US has accused Trump of campaigning in a video of racism. For this, Trump has apologized to the campaign.- File Photo

The issue of racism continues to gain momentum in the US presidential election. Leaders of a black church have described a video released by the Trump campaign as promoting “white terrorism”. It calls for discriminating people on the basis of colors and calling church-goers as thugs.

Also feared that after watching this video people's feelings may flare up. In such a situation, immediate steps should be taken to protect blacks. The Trump campaign has also demanded removal of the video from online platforms. The video has been released as 'Meet Joe Biden Supporters'. It is currently available on many online platforms. It also has several shots of violence during black demonstrations in the country.

What's in the video?
In this video of 1 minute 9 seconds, black buildings and police cars are seen burning. After this, Joe Biden, the Democratic presidential candidate, is seen kneeling outside the Bethel African Methodist Episcopal (AME) Church in Wilmington. Along with Biden, many of the church's black clergy members (religious people in the church) are also seen standing. Meanwhile, Vice President Mike Pence is heard in the background – you are not safe in Joe Biden's America. At the end of the video is written – Stop Joe Biden and his rioters.

Bethel Pastor Sylvester Beeman said – This campaign campaign is outrageous. White is against blacks who do not bow against supremacy. The Trump campaign should immediately apologize to the AME Church for this. The law and the Department of Homeland Security should investigate this. It should be ascertained whether the misrepresentation of photos and videos in this way is lawful. He said that given the election, some political parties are promoting white supremacy. They are spreading hatred against blacks.

You can also read these news related to the US election …

1. Trump said- Biden did wrong by making Kamala Harris the Vice Presidential candidate, I have more Indian support than him

2.Democrats' Vice-Presidential candidate Kamala Harris praised her maternal grandparents, said- It was only because of her passion that she arrived here today