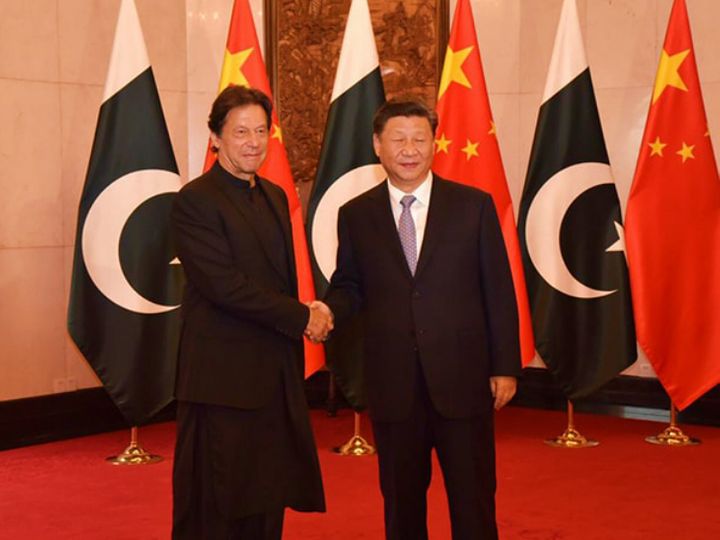 The photo is from October 2019. Then Pakistan Prime Minister Imran Khan met Chinese President Xi Jinping in Beijing. According to defense analyst Ayesha Siddiqui, Pakistan is now dependent on China for all kinds of help.

Distance between Pakistan and America is increasing. Relations between the two countries have never been so bad. This is the reason that Pakistan has now become dependent on China for all kind of help. According to a defense expert, India, US and Saudi Arabia have come together as an alliance. Whereas, apart from China and Russia, Iran is also seen with Pakistan.

Pakistan is far away from America
Defense analyst and South Asian Politics expert Ayesha Siddiqui has given an interview to news agency ANI. According to Ayesha, the relationship between Pakistan and America has changed dramatically. They are very spoiled and can be felt. China is now extending all help to Pakistan. Ayesha said- There is no doubt that Pakistan has now gone into China's court. There he also got support from Russia and maybe Iran.

Pakistan no longer financially
Ayesha says that even though Pakistan is pretending to help in talks between US-Taliban, it did not change the attitude of America. It is clear that America will no longer provide financial assistance to Pakistan. The truth has been revealed to the world long ago that Taliban and Osama bin Laden got help from Pakistan. Actually, America knows that Pakistan does not want to end terrorism.

Imran's eye on China
Ayesha says – Pakistan is now looking only at China. He is the only country that is helping him. After the Corona era, the Imran government will be completely dependent on China. The world is changing rapidly. India, America and Saudi Arabia have now come together. Maybe China and Iran will come closer in the coming times. Pakistan will also join it. Now the people who give advice there are also silent.