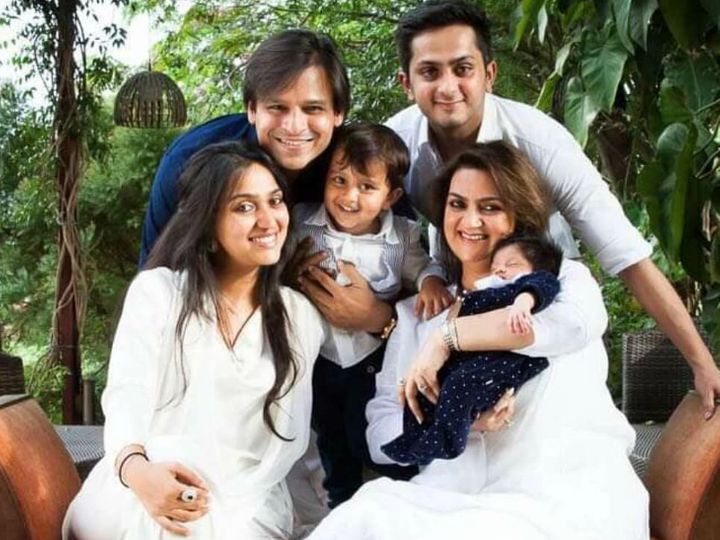 In the photo, Vivek Oberoi is accompanied by wife Priyanka, brother-in-law Aditya and mother-in-law Nandini Alva.

Sandalwood, the drug connection of the Kannada film industry, is growing in scope. The Central Crime Branch on Sunday registered a case against Aditya, son of Jeevaraj, ex-minister of Karnataka and brother-in-law of Bollywood celeb Vivek Oberoi. Apart from Aditya, 11 other people have been booked in the drugs case.

Celebs, industrialists were called to the parties.

The first arrest in this case was made by Transport Officer BK Ravi Shankar. Ravi Shankar is said to be close to actress Ragini. Based on his interrogation, a case has been registered against 12 people today. It is alleged that these people had parties at different places in Bengaluru and celebs, industrialists and people associated with the tech industry were called in them. It was here that the deal for drugs was decided instead of money. It has been written in the FIR about Aditya that he was involved in a party held at a private hotel in Yelahanka on 5 July.

According to reports, the FIR also names actress Ragini Dwivedi and her former friend Shivprakash. Crime Branch has described them as the main drug peddlers. Apart from this, a case has been registered in the party organizer against Viren Khanna, businessman Prashant Ranka, Vaibhav Jain, Aditya Alva, African drug supplier Lom Pepper Samba, Prashant Raju, Ashwin, Abhiswami, Rahul Tonsey and Vinay. According to the investigation, paddlers used code word for the drugs business. Hello Kitty Code Word was used for more addictive drugs. Interestingly, Ravi Shankar, who was an employee of RTO, is not named in the FIR. Ravi Shankar said that African drug supplier Samba had supplied drugs in parties held in many areas of the city.