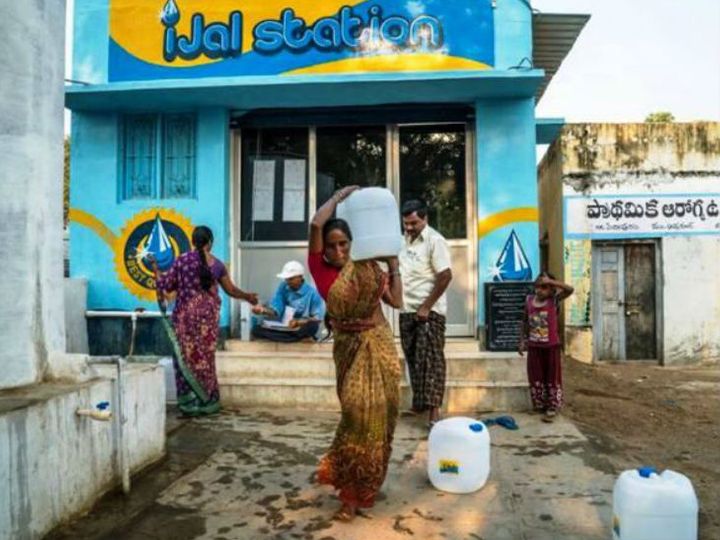 Water ATMs have started in 11 states of the country including Maharashtra, Telangana, UP. Pure water is reaching more than 1 million people.

Till now we have seen women filling up water i.e. water carriers, but now women are becoming water entrepreneurs from water carriers. They are also providing clean water for the people to drink and are also becoming self-sufficient. Water ATMs have started in urban and rural areas of Maharashtra, Telangana and UP where there is no clean drinking water facility. Due to which a large number of women are also involved. Women are operating water ATMs in many villages.

Nemuri Rani, 35, lives in Vinayak Nagar, Hyderabad. Previously she was a housewife, used to do household work, but now she saves 6-7 thousand rupees every month. Her husband has also joined the job. They work to deliver water to Bal Nagar and its surrounding areas. Now both are well maintained and there is no shortage of money for the education of children.

A resident of Madheli village in Maharashtra's Chandrapur district, Pranjani runs a water ATM in her village. She says that earlier there was a lot of water problem in her village. Many kilometers had to bring water to drink. Many people in the village became ill due to contaminated water. Diseases like diarrhea and jaundice were common, but the health of the people has improved since the introduction of the water ATM. 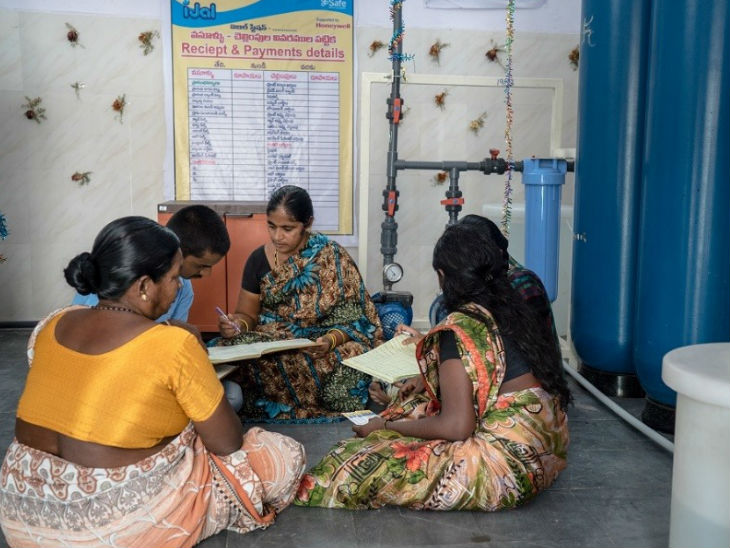 The ATM operator gets 50 per cent of the revenue earned during the day and the remaining 50 per cent is spent on maintenance.

A few other women also work with the tribute. They do their work by distributing it in shifts. She shares the money according to whose shift is sold in the water. Pranjali is teaching her daughter with this money.

20 liters of water for 5 rupees
This water ATM provides 20 liters of clean and pure water for five rupees. An ATM sells about 250 cans of water every day. The ATM operator gets 50% of the amount earned during the day and the remaining 50% is spent on maintenance.

P. Lakshmi, a resident of Kusalwadi, fills water daily with a water ATM. She says that earlier we used to get hardly even when we bought clean water to drink. 20 to 25 rupees had to be paid for a can of water. There was no time fix for the arrival of the water supplier. Often he used to come late, but now cheap and pure water is available in his village.

One thousand people got employment
Water ATM ie Ai Jalashakti Station was started in 2016 as a pilot project in Telangana. In Medak district of Telangana, an organization named Save Water Network installed the first water ATM based on the Self Help Group (SHG) model. A few months later, this machine was also installed at 49 places in that district. After that it gradually expanded to other states as well.

It has started in 11 states of the country including Maharashtra, Telangana, UP. Pure water is reaching more than 1 million people. At present, there are 1000 people across the country, of which about 30 per cent are women. 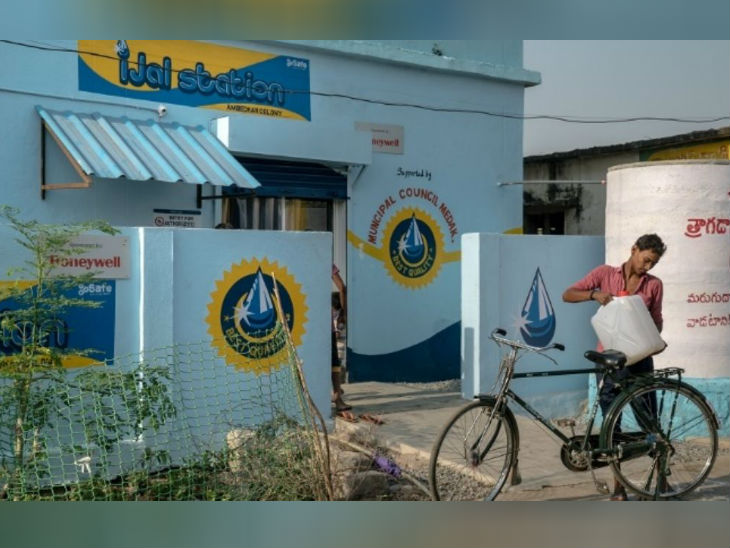 This water ATM provides 20 liters of clean and pure water for five rupees. An ATM sells about 250 cans of water every day.

According to Poonam Sewak, Vice President of Save Water Network, this campaign not only provides pure and clean water for people to drink, but also provides employment to women. This is improving their standard of living. Their children are now getting better education.

Today, women who used to go many kilometers to fill water, are getting clean water in their village itself. This ATM did not stop even in corona infection. Sanitizers were placed at every center, people used to fill the line with water.

For this, water is taken from the local source i.e. ponds and rivers around the village and it is purified at different levels. The water is cleaned in a total of six steps. After that it is loaded into the ATM machine. Every center has some people associated with it, who perform the water treatment work. They have been given special training for this.

Not only this, the villagers are also made aware for water storage and cleanliness. Water is also purchased from them in many places, which is purified and supplied pure water.

According to the World Water Development Report 2019, 10 crore people in India do not get clean water to drink. According to the report of the World Bank, 21 percent of diseases in the country are caused by contaminated water.

3. The laborer of Bihar, who manufactures baits in Kashmir, got stuck in lockdown, started making bait at home, now preparing to start his own factory

lok sabha and rajya sabha parliament monsoon session begins news and updates 13 september 2020 | The Rajya Sabha-Lok Sabha will run in 2 shifts, for the first time in a House meeting the chambers and galleries of both the houses will be used; Masks are essential for everyone