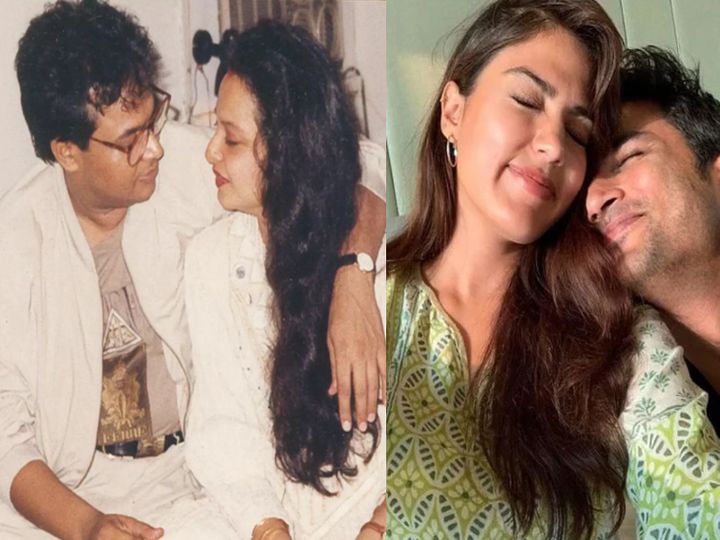 The media trial of his girlfriend Riya Chakraborty has been going on for the last three months in the case of Sushant Singh Rajput's death. This media trial of Riya reminds me of an old case of Bollywood. The case is related to actress Rekha. Rekha faced a similar media trial following the death of her husband Mukesh Agarwal in 1990 and was dubbed the National Vamp.

Singer Chinmayi Shripada recently shared a post on Twitter in which she shared some things written in Rekha's biography 'Rekha: The Untold Story by Yasser Usman'.

Subhash Ghai and Anupam Kher's quotes, circa 1990 on Rekha if reported verbatim, is how some men are made.

It is unbelievable how Rekha survived and thrived. pic.twitter.com/GWlSUt3Zzh

This biography describes how Rekha was called a witch by her in-laws after her husband Mukesh Agarwal was suicidal and her Bollywood cousins ​​also left no stone unturned to insult her. Read what was written in the book …

1) October 2, 1990, Rekha's husband, Mukesh ended her life. He committed suicide by hanging his wife's scarf by hanging it from the fan. Brother Anil had said that Mukesh looked happy on that fateful day but did not know how he took such a step. Rekha came to know about Mukesh being in depression after marriage.

2) The game of accusations and counter-allegations started after Mukesh's death. Witch hunt went on all over the country. People started seeing Rekha with hatred and she was described as a witch who killed her husband.

3) Mukesh's mother told the media, that witch ate my son. God will never forgive him.

4) Mukesh's brother Anil said, My brother loves Rekha very much. He could do anything for his love. He could not tolerate what Rekha was doing to him, and now what she wants, is his eye on our wealth?

5) Subhash Ghai had said that Rekha has soothed the face of the entire film industry, which will not wash easily. I think that after this any respectable family will think 4 times before making any actress daughter-in-law of their family. Now consider Rekha's career too. No sensible director will take Rekha in his films because the audience will never accept Rekha as 'Bharat Ki Nari' or 'Goddess of Justice'.

6) Anupam Kher had said, Rekha has now become a national villain. I do not understand how she would react if she came in front of me.

7) In the media, there were many inflammatory headlines about Mukesh's suicide, such as The Black Widow, The Truth Behind Mukesh Suicide.