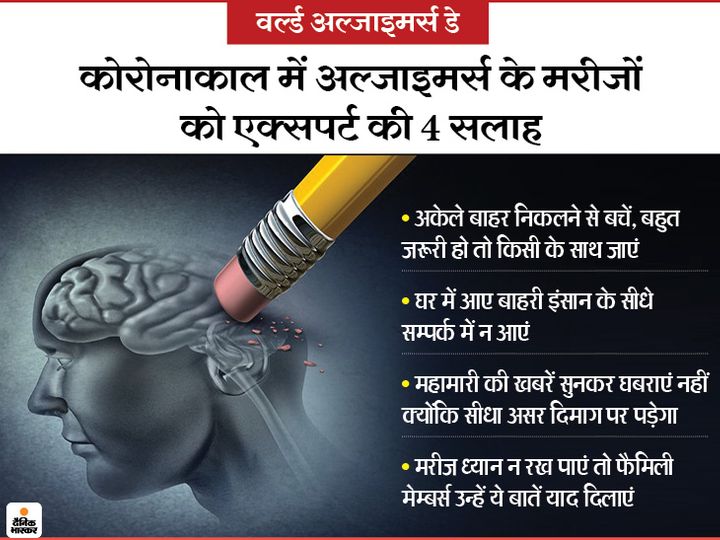 Alzheimer's means amnesia. Especially you need to be alert if you or someone close to you is struggling with this disease in the coronary period. There are two reasons for this. First, recent research published in the journal Nature says corona can damage the brain. If the virus reaches here, brain hemorrhage, stroke and memory loss may occur. The risk of memory loss is higher in such patients.

Second, American neurologist Marla Brunes says if Alzheimer's patients are in isolation, their condition may worsen. Loneliness will weaken his memory further, how much he will be able to remember from Corona is a big challenge.

Today is Alzheimer's Day. on this occasion Dr. Sumit Singh, Director of Neurology at Artemis Hospital Gurugram, Dr. Joy Desai, Head of Neurology Department, Jaslok Hospital, Mumbai, and American neurologist Marla Brunes. Know what is Alzheimer's and how to deal with it during the corona era ….

1. What is Alzheimer's?
It is a neurological disorder that destroys brain cells. When this happens, it directly affects the brain. Decision-making ability of the patient decreases. The nature changes and memory decreases. As the age increases, this disease also increases. The patient also has problems in performing everyday tasks. Alzheimer's is an aging disease. 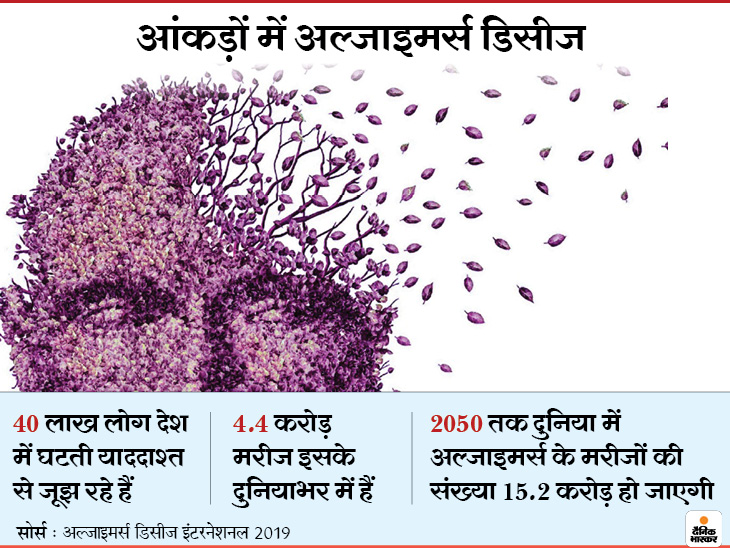 Brain cells that control memory begin to dry up. The effect of which is seen as a falling memory and it is impossible to recover.

3. What are the things to keep in mind during the Corona era?
Alzheimer's patients need special attention, it is important to give them more attention during the corona period. It is very important to tell them three things. The first is to avoid getting out. Second, if an outsider comes into the house, stay away from it. Third, do not panic with the news of the epidemic. Fear and nervousness will directly affect the mind in the form of stress.

Many times they can forget these things despite you telling them, so take care of them with patience. Wash hands with soap. Do not stop talking to them. Include these in small household chores. 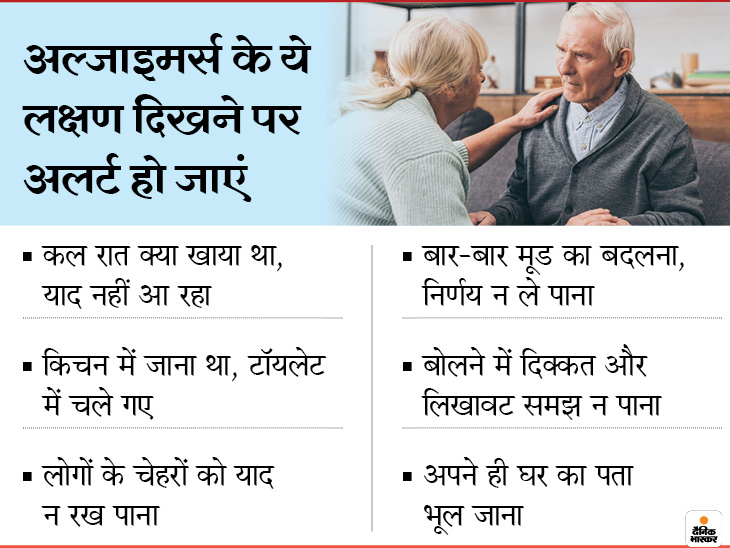 4. How does this disease occur?
This disease is caused by the formation of a special type of tau tangles protein in the brain. This causes the nerve cells to interconnect and interferes with the activity between them, which makes the person unable to balance correctly. In some people it is also genetic. Not being physically active, obesity, diabetes, head injury, hearing impairment are some of the reasons for this disease.

5. Is it possible to treat it?
There is no exact treatment yet. It can be detected only on the basis of symptoms. For this, the doctor examines the mental changes, CT scans, MRI changes in the brain and the symptoms that cause it. However, its effect can be reduced by improving some medications and symptoms. 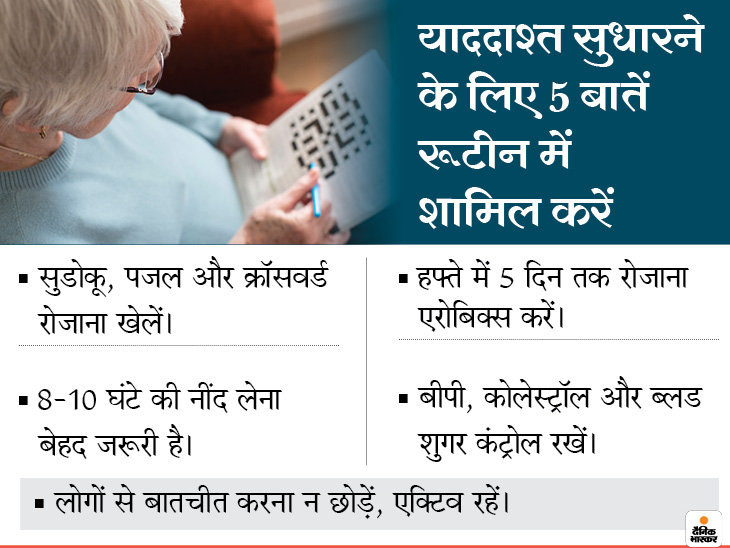 6. To what extent does it affect the body?
There is also a problem of telling any kind of pain in patients with diminished memory. When the disease is severe, there is a risk of swallowing food, balancing, intestinal and urinary related diseases.