Bihar Election 2020: Anand Mohan Singh Assets Lovely Anand Political Journey – All You Need to Know About Bihar Politic | The story of the Bahubali and his wife from Bihar who won the election even while in jail; The first leader who was sentenced to death 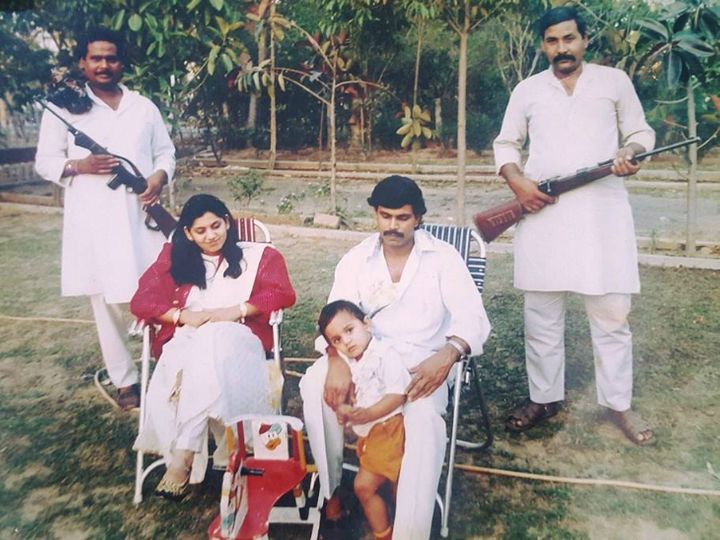 There is a village in Saharsa district of Bihar. The name is Panagachiya. A boy is born on 26 January 1956 in this village. His grandfather Ram Bahadur Singh was a freedom fighter. When this boy was 17 years old, the JP movement starts in Bihar and it is also the beginning of his political career. It is said that the politics of Bihar runs on two things. The first is caste and the second is bullying. This boy stepped into politics with the help of these two. This boy has been talked about so much, so now know the name too. His name is Anand Mohan Singh.

Bahubali leader Anand Mohan. Currently serving a sentence in the murder of a DM. His wife and former MP Lovely Anand has recently joined the RJD.

Spent three months in jail in 1983, entered electoral politics in 1990

Anand Mohan Singh became a Bahubali leader in Bihar in the 80s. Many lawsuits were also filed against him. In 1983, he was imprisoned for the first time for three months. In the 1990 assembly elections, Anand Mohan contested with Mahishi on Janata Dal ticket and defeated Lahtan Chaudhary of Congress by more than 62 thousand votes.

This was the time when the recommendations of the Mandal Commission were implemented in the country. The most important of these recommendations was to give 27% reservation to OBCs in government jobs. The Janata Dal also supported it, but Anand Mohan remained anti-reservation. In 1993, he split from the Janata Dal and formed his own party, which was named 'Bihar People's Party' or BPP. Samata later joined hands with the party. 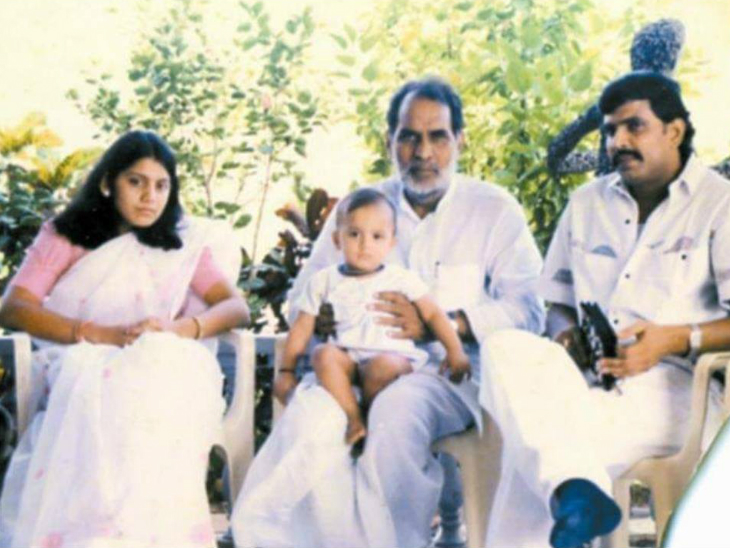 Big leaders used to come to Anand Mohan's house. What is seen in this picture is former Prime Minister Chandrashekhar. At one time, Anand Mohan was seen as an alternative to Lalu in Bihar.

Convicted in DM murder case, first leader who was sentenced to death

Chhotan Shukla was killed in 1994. Anand also reached his funeral. A red light carriage was passing through the last journey of Chhotan Shukla, in which Gol Krishna DM of the then Gopalganj was on board.

Seeing the car of the red light, the crowd erupted and beaten Krishna to death. Anand Mohan was accused of killing G. Krishnaiah. It was alleged that he was murdered by the mob at his behest. Anand's wife Lovely Anand's name also came up. 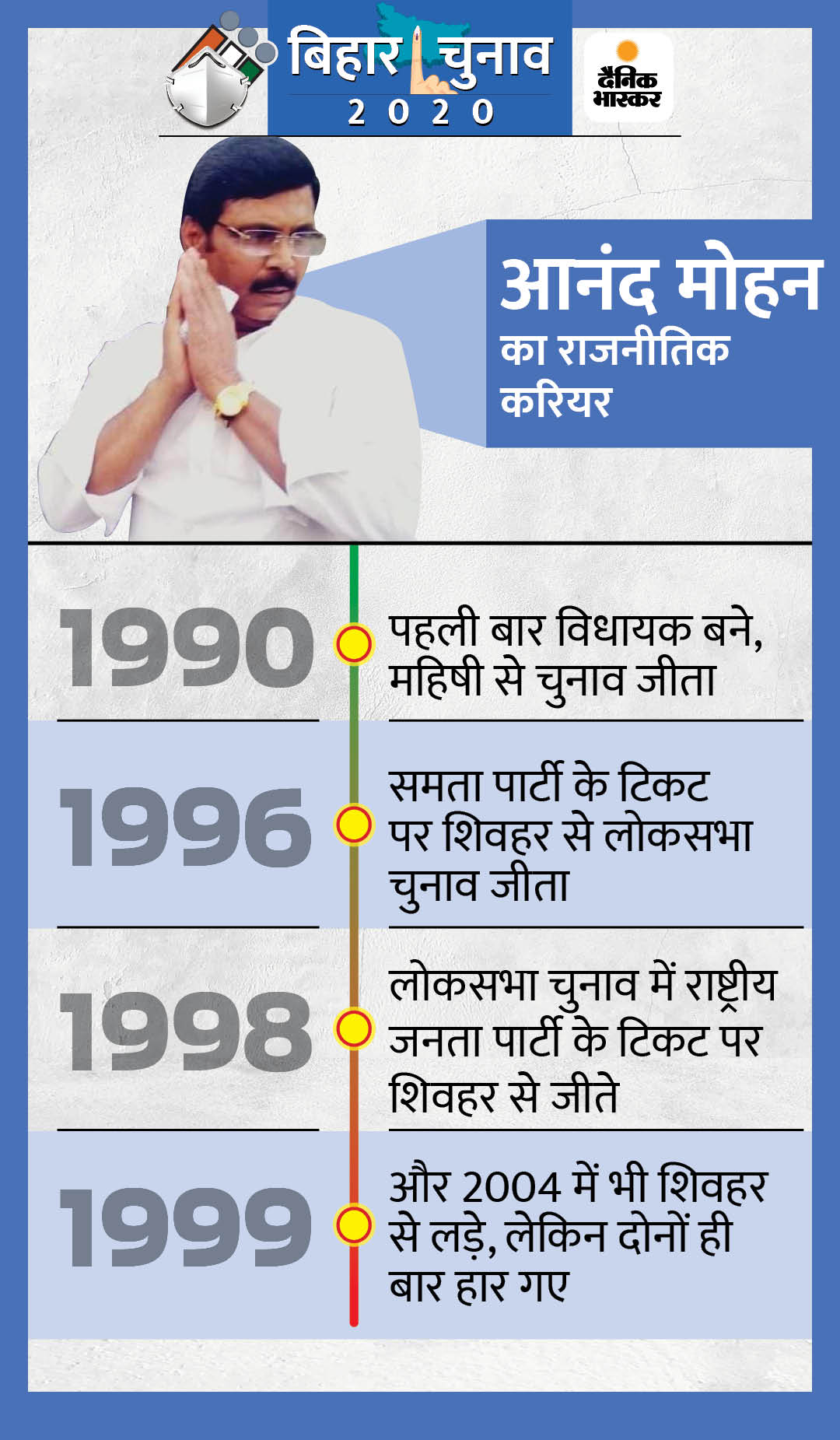 Was in jail, but kept winning elections 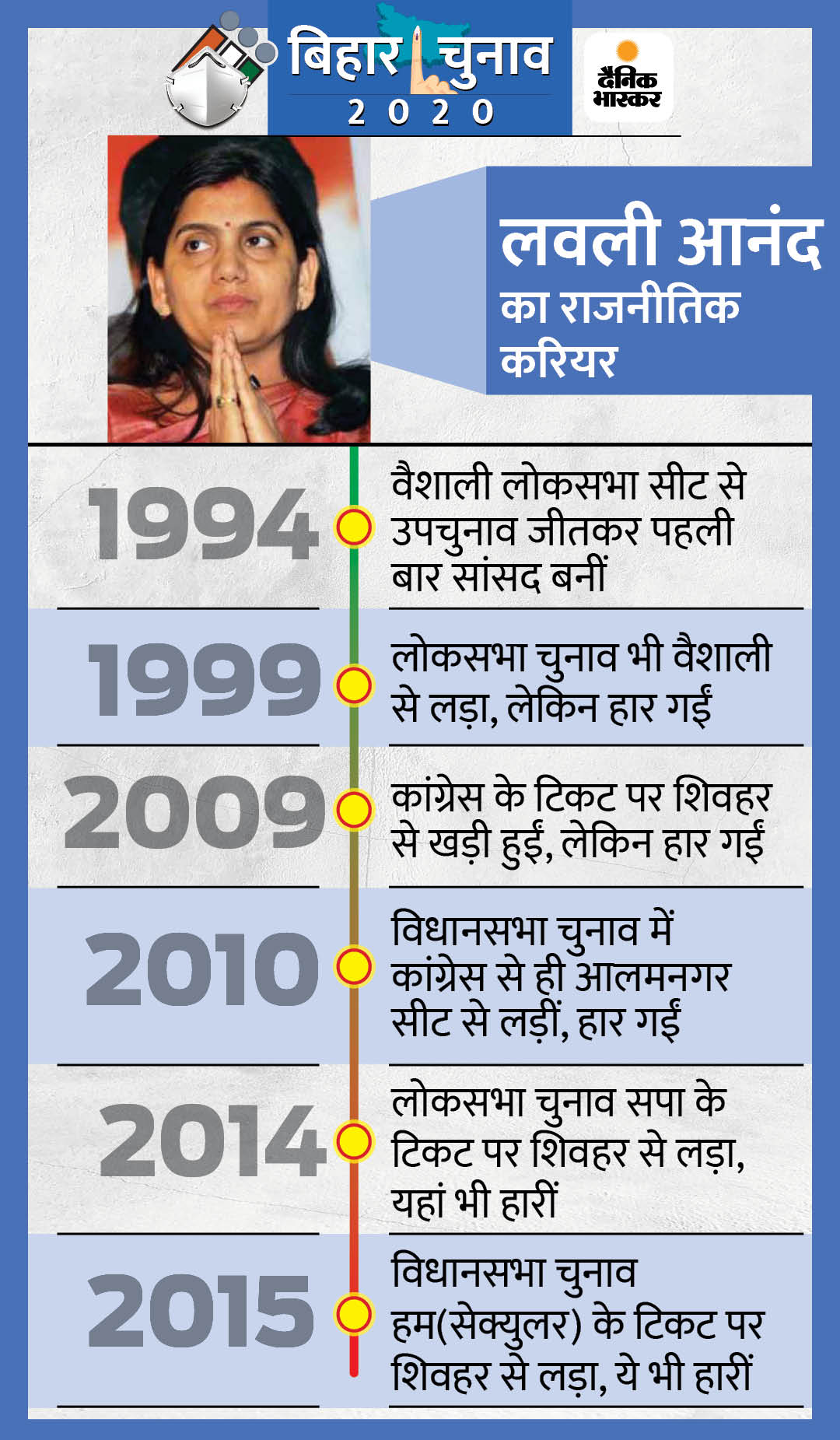 Were himself in politics, brought his wife as well

Anand Mohan married Lovely Singh on 13 March 1991. Lovely is the daughter of freedom fighter Manik Prasad Singh. In 1994, after three years of marriage, Lovely Anand's entry into politics was byelection. By-elections were held in Vaishali Lok Sabha seat in 1994, in which Lovely Anand won from here and reached Parliament for the first time.

In Bihar, people call Lovely Anand as sister-in-law. People tell that when sister-in-law came to rally, a crowd of millions gathered. Such a crowd did not even attend Anand Mohan's rallies. Those who have closely watched the politics of Bihar say that even leaders like Lalu Prasad Yadav and Nitish Kumar were stunned at that time, seeing the crowds at Lovely Anand's rallies.

However, the crowds attending Lovely Anand's rallies did not turn into votes. When voting was done, Lovely Anand was defeated. 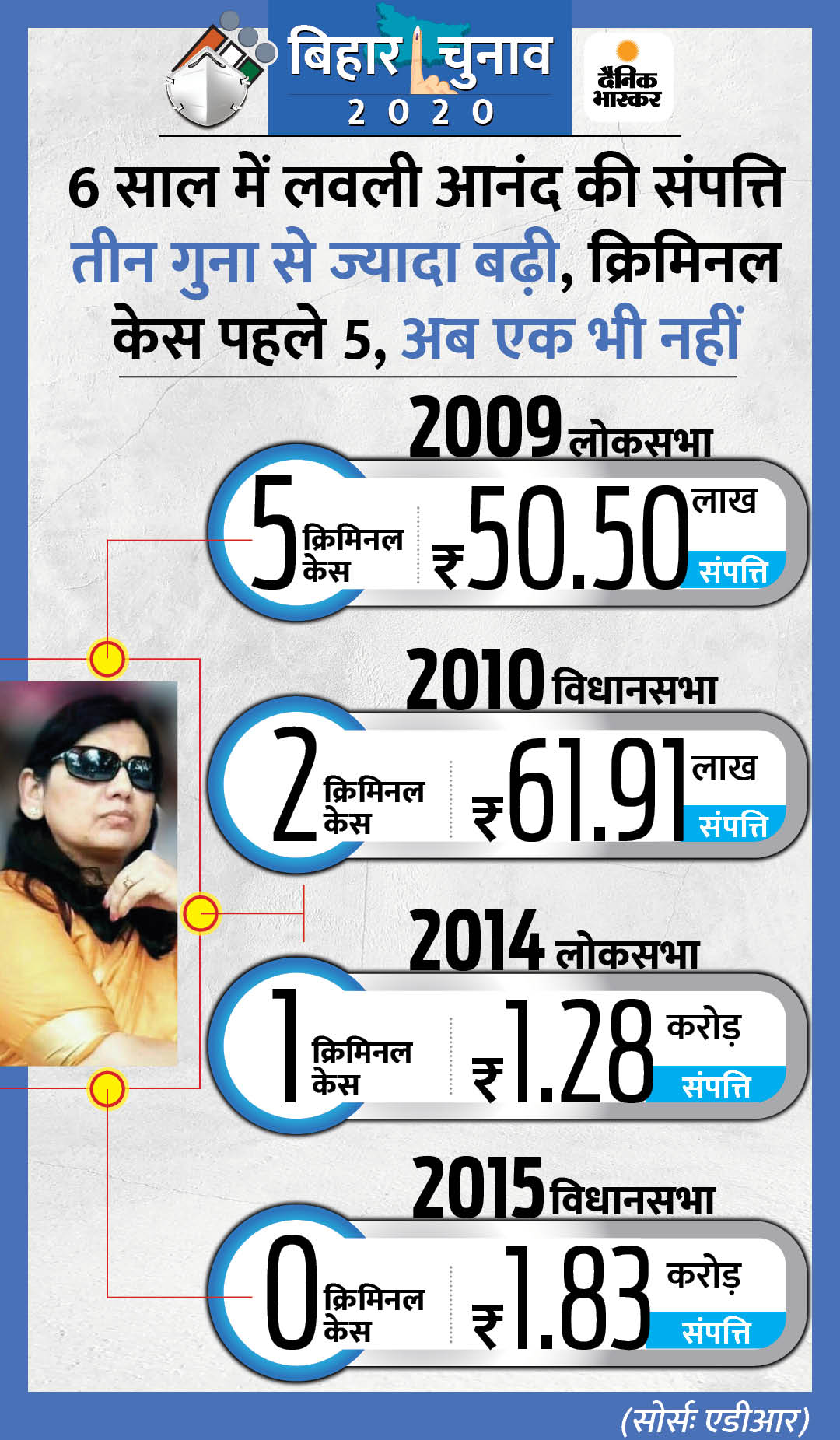 Lovely parties kept changing, but could not win

It is said about Anand Mohan and Lovely Anand that the faster people did not change clothes, the faster they would change parties. Lovely Anand first became MP by winning the by-election in 1994. At that time he contested from Bihar People's Party. After that, she also stood in the 1999 Lok Sabha elections from Vaishali, but lost.

Lovely Anand later joined SP, accusing the Congress. In 2014 Lok Sabha elections, Lovely contested from Shivhar on SP ticket, but lost. In the 2015 assembly elections, she stood in Jitan Ram Manjhi's party Hum (Secular) from Shivhar, but then lost.

Now after the election dates come, Lovely Anand has joined RJD. Because, she has always fought with Shivahar and her husband Anand Mohan has also been an MP from Shivahar, so it is believed that this time she can fight Shivahar itself. Let's see what the result of changing the party is this time?

Lpg Cylinder Price October 2020 Check Rates In Your City According To Iocl – Important News: Know LPG Cylinder Has Been Cheap Or Expensive From This Month

Lpg Cylinder Price October 2020 Check Rates In Your City According To Iocl - Important News: Know LPG Cylinder Has Been Cheap Or Expensive From This Month