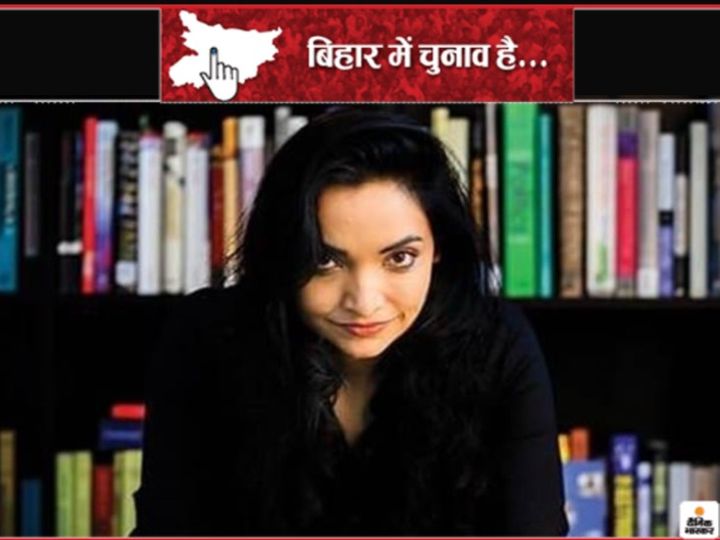 The model of Arvind Kejriwal of Delhi is seen in the way Pushpam Priya Chaudhary's party plurals team is working.

Pushpal Priya Chaudhary's party plurals, who knocked in Bihar politics through newspaper commercials on Sunday, released the list of candidates for the first phase of Bihar elections. The list of candidates in the list is replaced by profession and Dharma Bihari. This list is being shared widely on the social site. The 40 candidates the party has fielded are all of a clean image.

It has activists, doctors and other professional people working on most social issues. None of these candidates are associated with any party. That is, the party wants to contest elections on the strength of candidates with clean image.

Political experts consider this to be the new strategy of elections in Bihar, which is being linked to Delhi's Arvind Kejriwal model. Apart from this, Pushpam is also redeeming the typical Bihari image, which is also being understood as a policy of vote through PM Modi's Local for Vocal.

Bihari is not aware of caste
The party has written their occupation in the caste column of the candidates in the list. At the same time, Bihari is mentioned in the column of religion. With this, Pushpam has tried to give this message, she is not wanting to contest elections on the basis of caste and religion in Bihar. 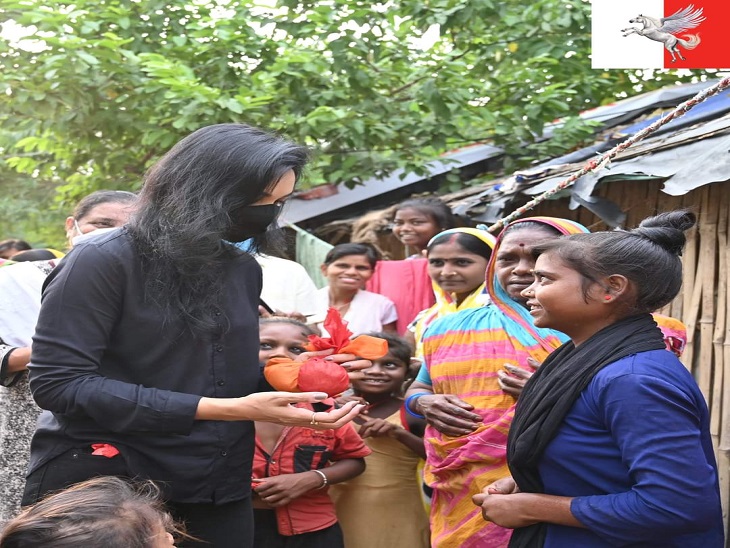 Pushpam Priya Chaudhary is of Mithila. On the lines of PM Modi, they are using local put politics in the election campaign. Therefore, they definitely take their wishes from the women there.

Trying to raise votes by becoming local
If you want to contest elections from Bihar, you will have to show Bihar. Pushpam Priya Chaudhary is also adopting similar tactics. On the lines of PM Modi, they are trying to create local put politics with voters. Pushpam, who belongs to Mithilanchal, is asking for the hand of women voters with 'Khoyachha'. Taking pictures of them on social media, many photos are becoming viral.

He has written about this on his wall. Everyone gets a job, everyone becomes rich, everyone moves forward. Actually, in Mithila, Khonyachha is considered a sign of good fortune. When daughters come out of the house or come home from elsewhere, they are given a wish for the happiness and prosperity of the family.

Although, it has been a tradition to give to marriages, but in its essence, happiness and prosperity is the development of daughters. According to beliefs, if a grain of grain and a coin is also given to daughters in Khoychha, then it is considered a sign of prosperity. Pushamam is cashing in on its propaganda campaign like Khonichha. Wherever she is going in the election tour, she is taking her wishes as a blessing from women.

Bihar model changes on Delhi model
The model of Arvind Kejriwal of Delhi is seen in the way Pushpam Priya Chaudhary's party plurals team is working. Arvind Kejriwal's party also came to power in Delhi with the help of such clean faces. Similar work is being done in Bihar.

Sunil Sinha, who works on political subjects, says that now many parties are making candidates based on this. He says that the public is fed up with the politics of caste and religion, it wants change. In such a situation, some parties have prepared the model of Delhi with people of clean image. The first list of Pushpam Priya Chaudhary is also similar.

Chirag Paswan | Chirag Paswan Writes Letter to Bihar People Over His Father Ram Vilas Paswan Health Condition | In the name letter of Bihar, Chirag said – Vote to JDU will be the reason for the exodus of children; I am part of my father, I will not give up

Chirag Paswan | Chirag Paswan Writes Letter to Bihar People Over His Father Ram Vilas Paswan Health Condition | In the name letter of Bihar, Chirag said - Vote to JDU will be the reason for the exodus of children; I am part of my father, I will not give up

New Appointed Teachers Counseling From 26 To 28 October For School Allotment. – Assistant Teacher Recruitment: Counseling for allotment of newly appointed teachers in schools from 26 to 28 October