Akshay Kumar And Kiara Advani Starrer Laxmi Leaked Online Before Its Premiere | Akshay Kumar's film leaked online before the premiere, Makers also released an hour and a half ago 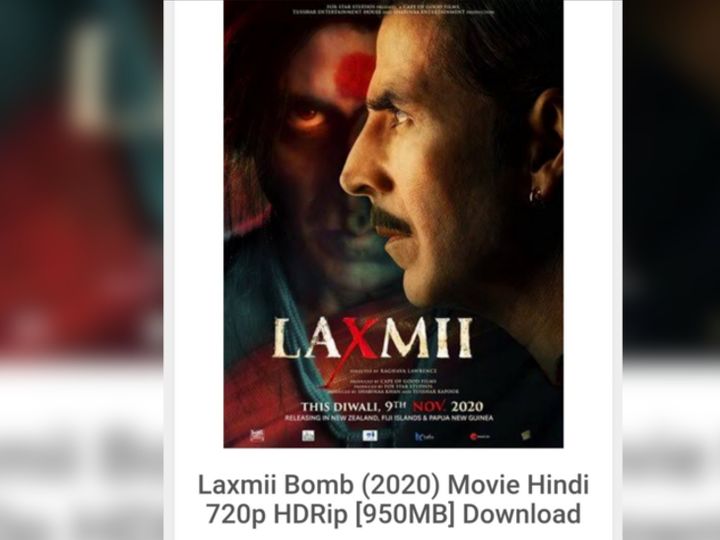 Akshay Kumar and Kiara Advani starrer film 'Laxmi' leaked online before the premiere. The film is said to be available for download in HD quality on many torrent websites. Meanwhile, news is coming that OTT platform Disney Plus Hotstar has released the film at 6 pm, about one and a half hours ahead of time. Significantly, this film, directed by Raghav Lawrence, was to be released on November 9 at 7:30 pm.

Already the controversy over the film

'Lakshmi' is already facing controversies. After the release of the trailer of the film, where it was accused of promoting love-jihad, Hindu organizations opened a front against it, accusing it of hurting religious sentiments. However, the film's title was changed from 'Laxmi Bomb' to Laxmi, keeping these feelings in mind before release.

What is the story of the film?

The film's story revolves around a character named Asif (Akshay Kumar), who falls in love with a girl named Priya (Kiara Advani). The twist in the story comes when Asif goes to convince Priya's family and a spirit inside her lives. Akshay had said in an interview that he did not play a role like Lakshmi in his 30-year career.