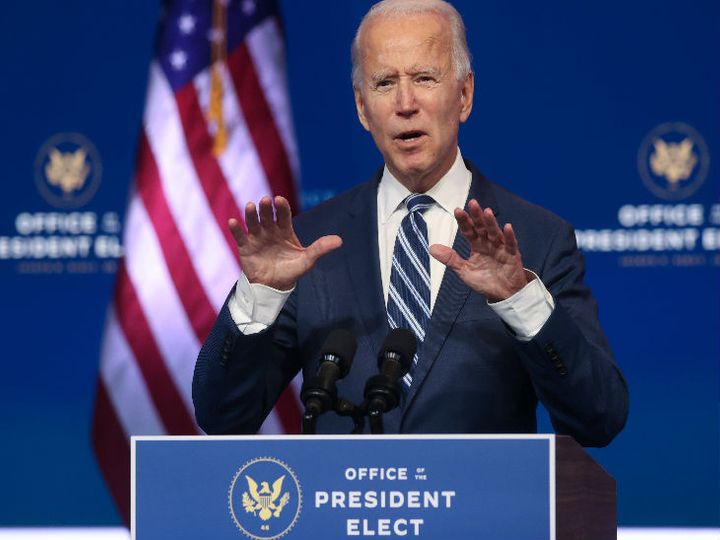 President Elect Joe Biden has a challenge to solve the problems of his country apart from improving relations with other countries.

America's President Elect Joe Biden has indicated that he will work swiftly to improve the country's tarnished image. Honoring people associated with America's diplomats, intelligence and military service is top of their priorities.

Especially for the relationship of America with other countries, a more sedate and sympathetic attitude should be adopted. This message of change in America can be heard in many capitals of the world. This was the message conveyed by Biden to the voters who gave him a decisive victory over Donald Trump. This is a sign of America's effective return to the world.

Biden is also expected to call a summit of democratic countries. In this, China, Russia, Saudi Arabia or Turkey, wherever there are cases of human rights abuses, prepare the US to expose them.

At the same time, he should find ways to implement the nuclear deal with Iran again. Prepare Russia for the New Start Treaty (Strategic Arms Reduction Treaty) to limit nuclear weapons. Biden hopes to end US support for Saudi Arabia's intervention in Yemen's civil war.

Majority of Republicans in Senate will be difficult

From Team Biden's talk, it looks like they will give responsibility to experienced and professional people of the country's foreign policy. If Trump's Republic Party maintains a majority in the Senate, the appointments made by Biden will need his approval. Republicans can impose restrictions on it.

The Senate with a majority of Democrats also will not make major dramatic changes in US policies. Biden may ease trade wars with China, but differences remain on controversial issues such as the 5G network or China's claims in the South China Sea.

Restrictions imposed on Russia by the Trump government are not expected to be lifted even under Biden's rule. During Trump's term there was a lot of change in the attitude of the US towards North Korea. Trump's attitude towards the Israeli-Palestinian dispute was also unilateral. However, on these issues, America does not matter who is in the White House.

Will avoid getting into a new war

There is every hope that Biden will continue Trump's policy of withdrawing from wars abroad and not joining any new war. However, they will take care of their colleagues' concerns in such decisions.

Biden would certainly not follow Trump on the business issue. Trump had eliminated friends and rivals while imposing business fees. This is why most NATO allies and EU members will celebrate Trump's exit from power. At the same time, America will continue to insist that its allies of the North Atlantic Treaty Organization (NATO) begin to give their fair share of security.

Biden's path is not easy

Now the world is not as it was in 2016. Nor can it go back to that state. A new approach is needed to resolve the issue of North Korea and reduce carbon emissions and counter China's aggression.

In addition, Biden also has to deal with the right-wing president and the dictator of Venezuela in Brazil. Negotiating a reduction in nuclear weapons with Russia while maintaining sanctions. The agreement with its arch-enemy Iran has to be restored.

Allied countries stand at the crossroads

It is understandable that allies of the US doubt that Trump is really good to go. Trump has been making erroneous comments in his desire to remain in power, but hopes the Biden-Harris Administration will end at least the last four years of unstable and dysfunctional rule.

America's strength has always grown as much from its democracy, independent reputation and values ​​as it has from its warships and drones. Biden has indicated that he intends to bring the US back on a global scale. Despite all the doubts and fears, friends and colleagues of America should not wait to join this campaign.

Choudhary Ministers in Nitish Kumar Cabinet; Nitish Kumar Oath Ceremony | Two 'Chaudharys' were decided by Nitish from the third, yet JDU can draw a big department

Choudhary Ministers in Nitish Kumar Cabinet; Nitish Kumar Oath Ceremony | Two 'Chaudharys' were decided by Nitish from the third, yet JDU can draw a big department