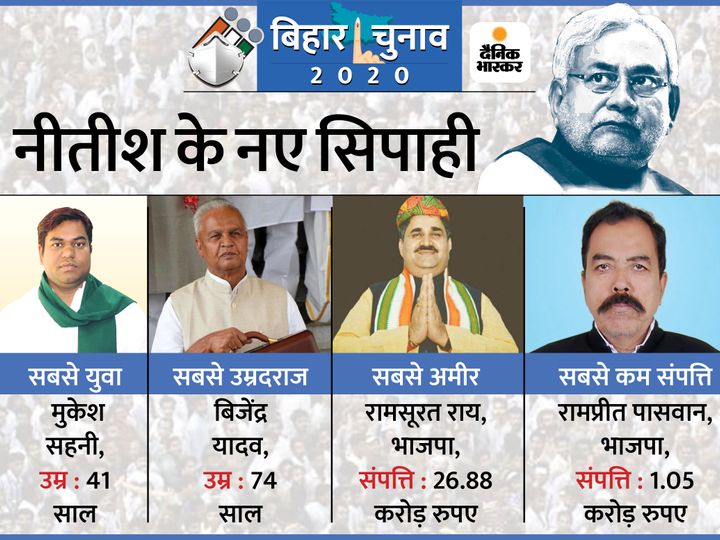 The richest in the new cabinet is BJP's Ram Sundar Rai, who has assets worth Rs 26.88 crore. Whereas, the lowest property worth 1.05 crore rupees is owned by BJP's Rampreet Paswan. The average assets of the cabinet are 5.56 crores.

The average age of the cabinet this time is 58 years. The oldest minister is Bijendra Yadav of JDU, who is 74 years old. And the youngest minister is Mukesh Sahni of VIP, who is 41 years old. Mukesh Sahni is not only the youngest, but also the least educated. Sahni is just 8th pass. Nitish's new cabinet has 7 ministers, graduates or post graduates. 4 ministers are doctorates and 3 ministers are 12th pass. 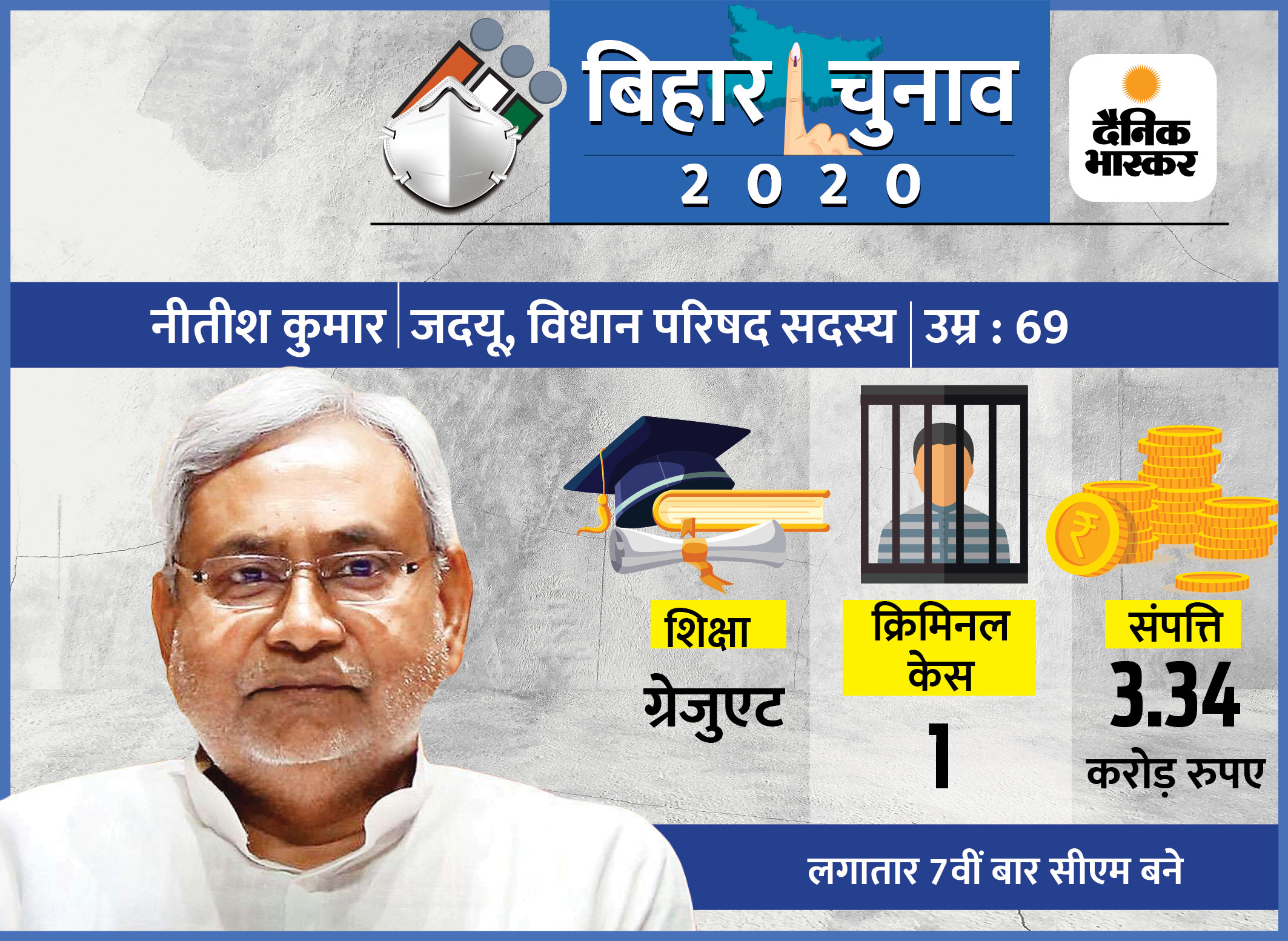 2. Tarkishore Prasad: Has been in politics since 1980. Has been a Senate member of BNM University. Has been elected MLA from Katihar for the fourth consecutive time since October 2005. 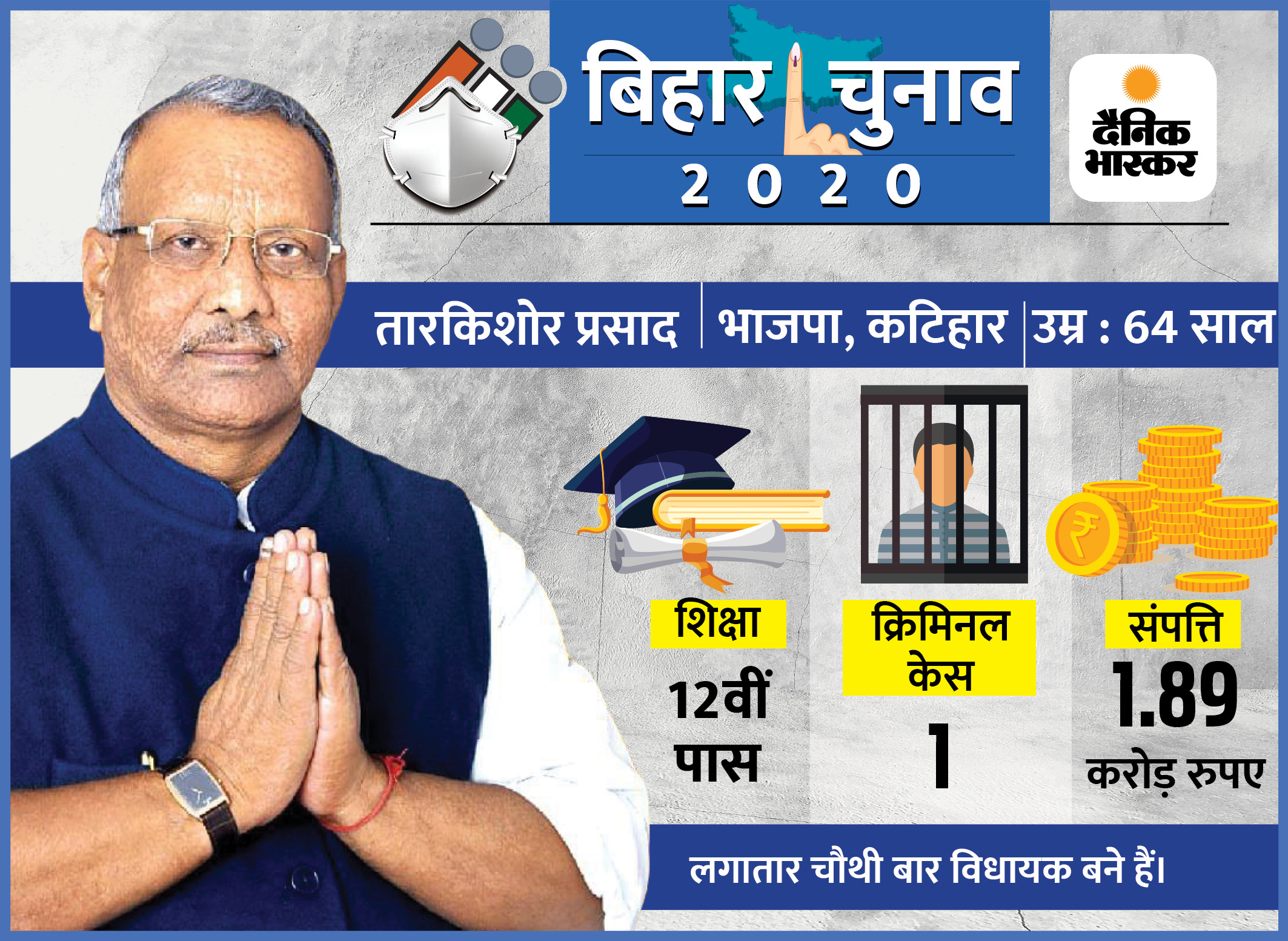 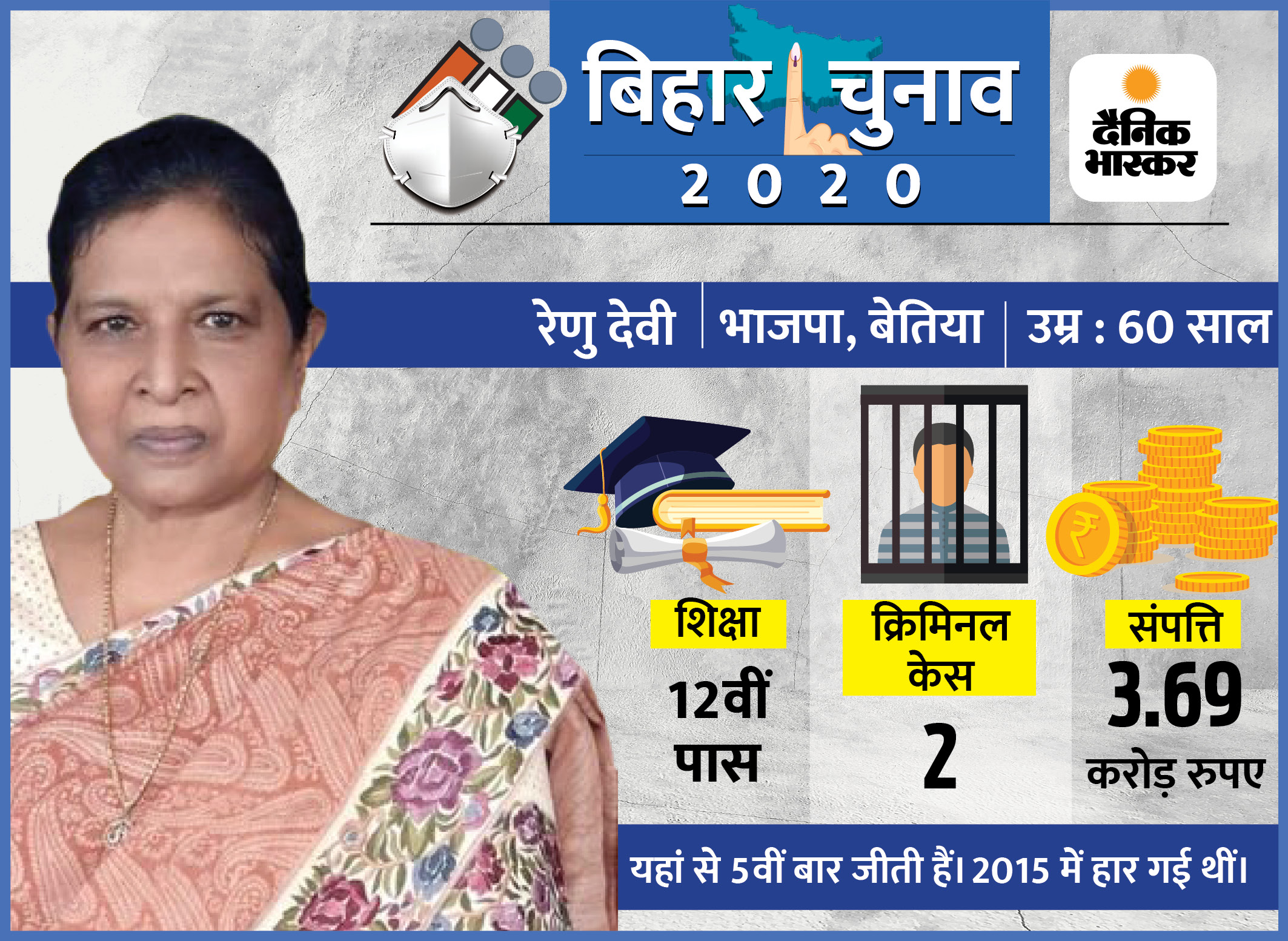 4. Vijay Chaudhary: He has been the Speaker of Bihar Legislative Assembly. In 2010, after Lalan Singh, JDU was made state president. Dalsinghray started his political career in the 1982 by-election. 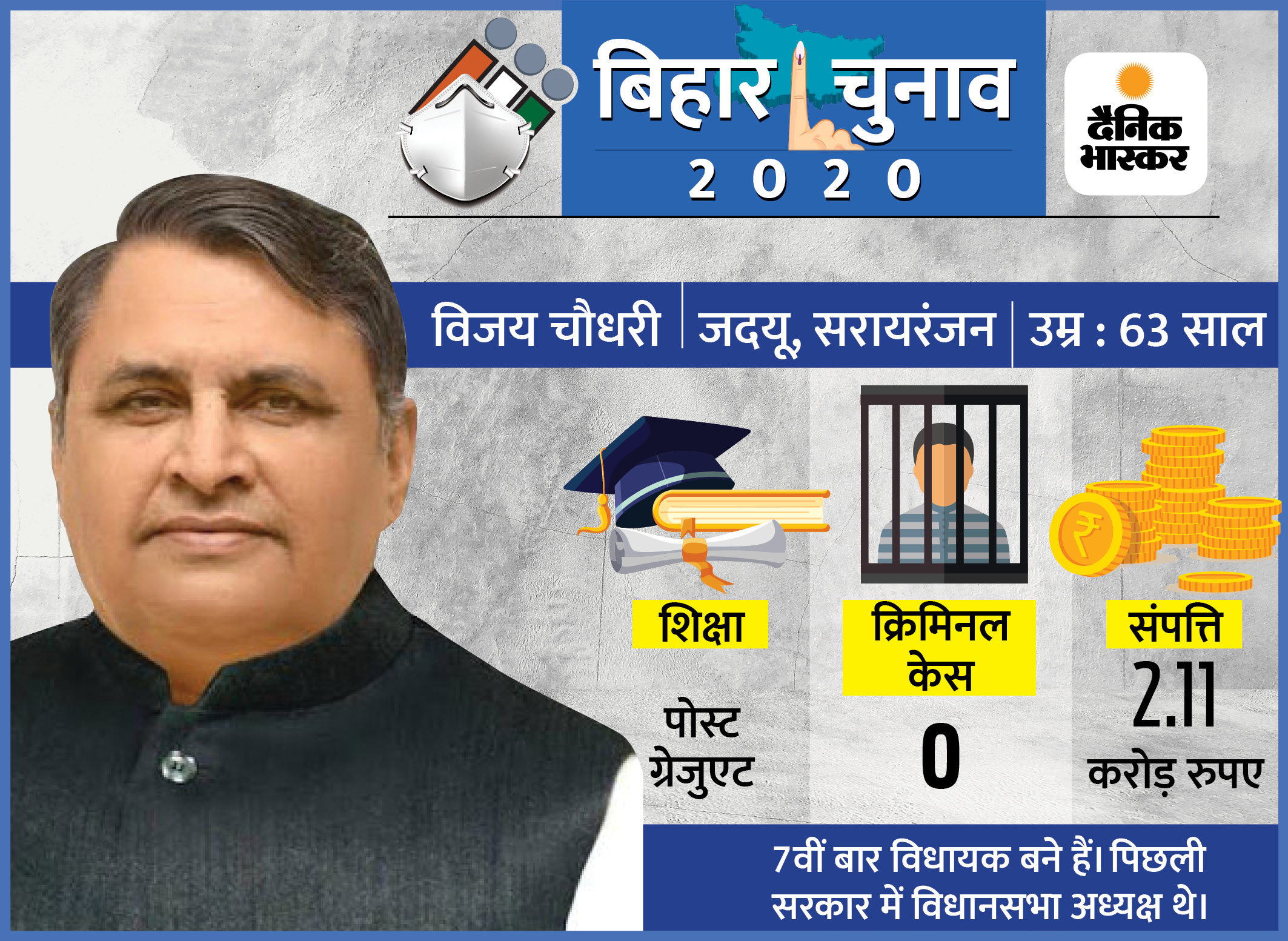 5. Bijendra Prasad Yadav In 1990, Supaul became the first time MLA from Sadar seat on Janata Dal ticket. Became MLA for the 7th time. Was the state president of JDU in 2005. There have been ministers in many departments in the Bihar government. He is the oldest MLA of the new assembly. 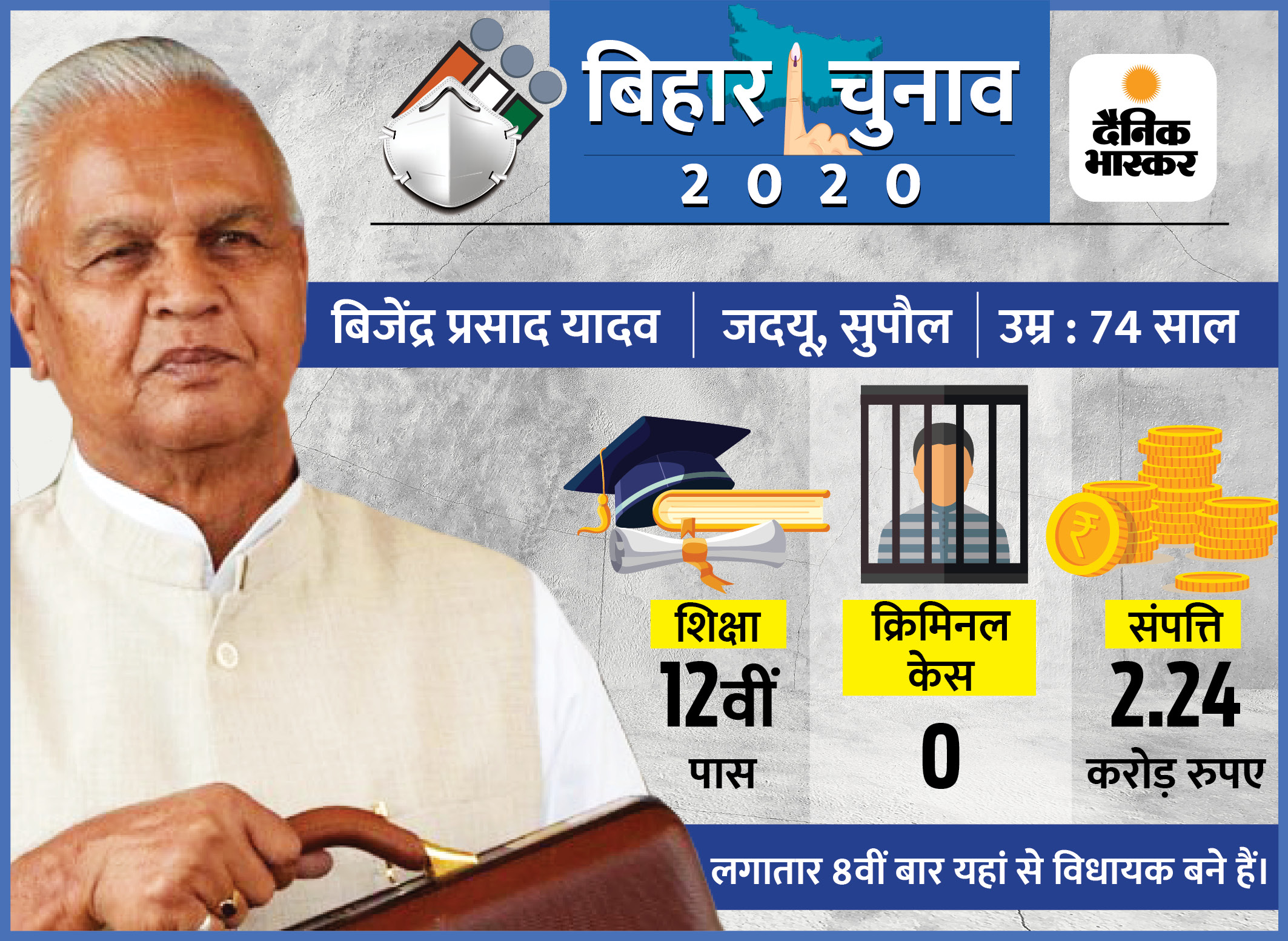 6. Mevalal Chaudhary: He has become MLA for the second consecutive time from Tarapur in Munger district. Earlier in 2010, his wife Neeta Chaudhary was an MLA from here. Chaudhary was accused of scam in the recruitment of Assistant Professor. Chaudhary was the Vice Chancellor at that time. 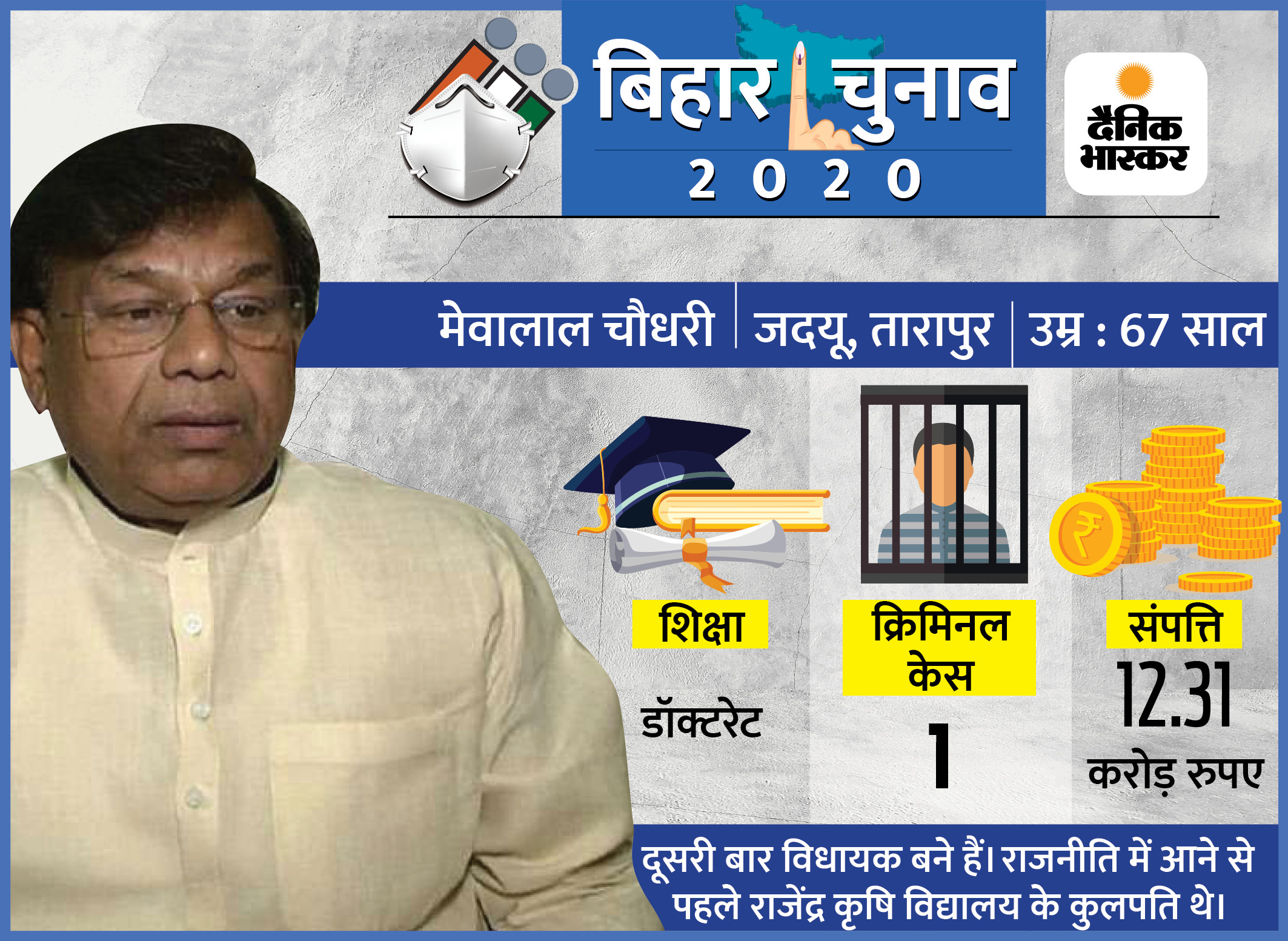 7. Sheela Mandal: Became MLA for the first time. The ticket of Gulzar Devi, the sitting MLA from Phulparas seat was cut and given to him. 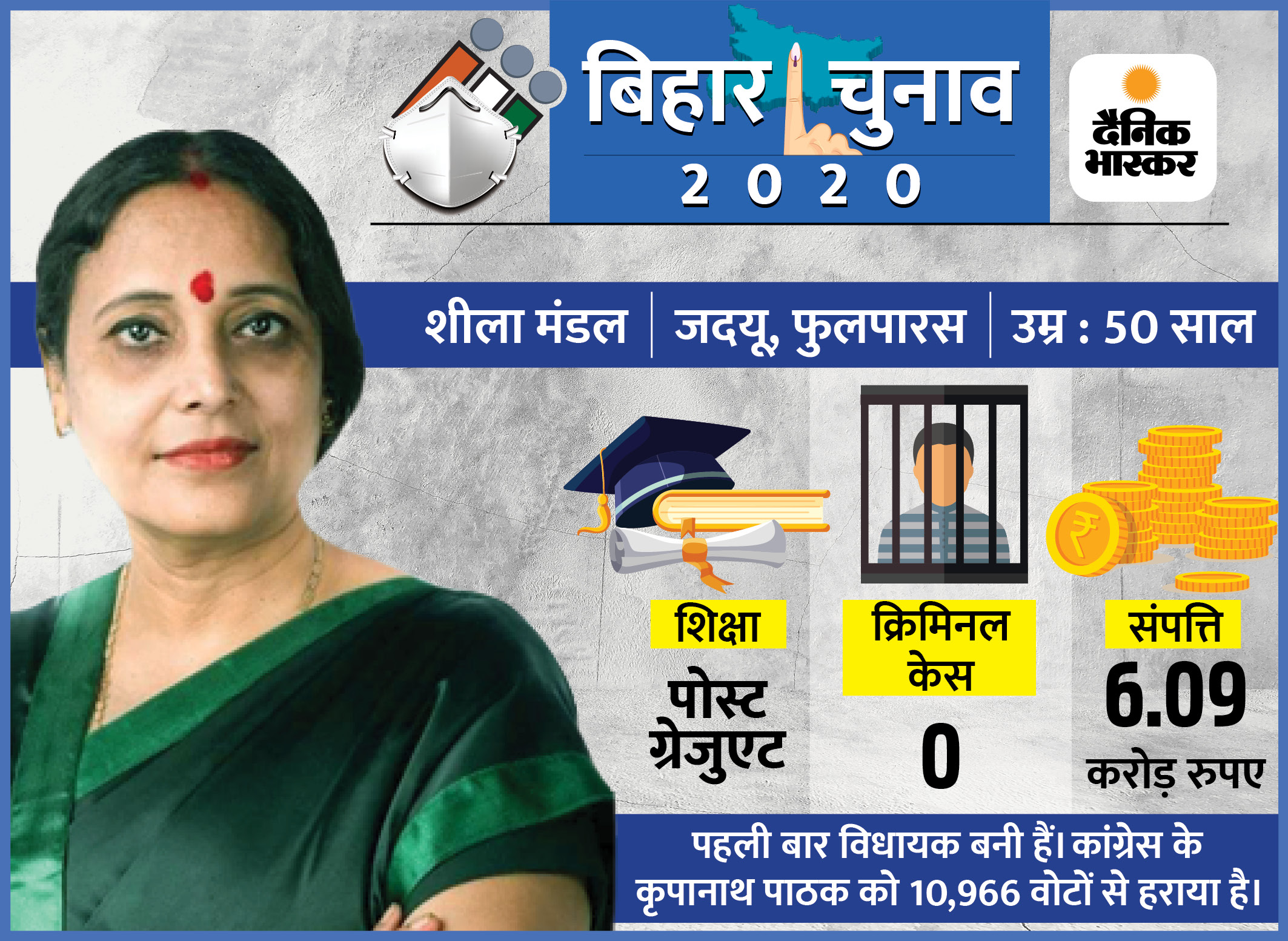 8. Ashok Chaudhary: From Congress came to JDU and then Nitish Kumar made him Minister of Building in his government. In March 2018, he took membership of JDU. Earlier, he was the Education Minister in the Nitish-Lalu-led government. Ashok Chaudhary is also among the leaders who became very close to Nitish Kumar in the last one or two years. He has been the President of Bihar Pradesh Congress. 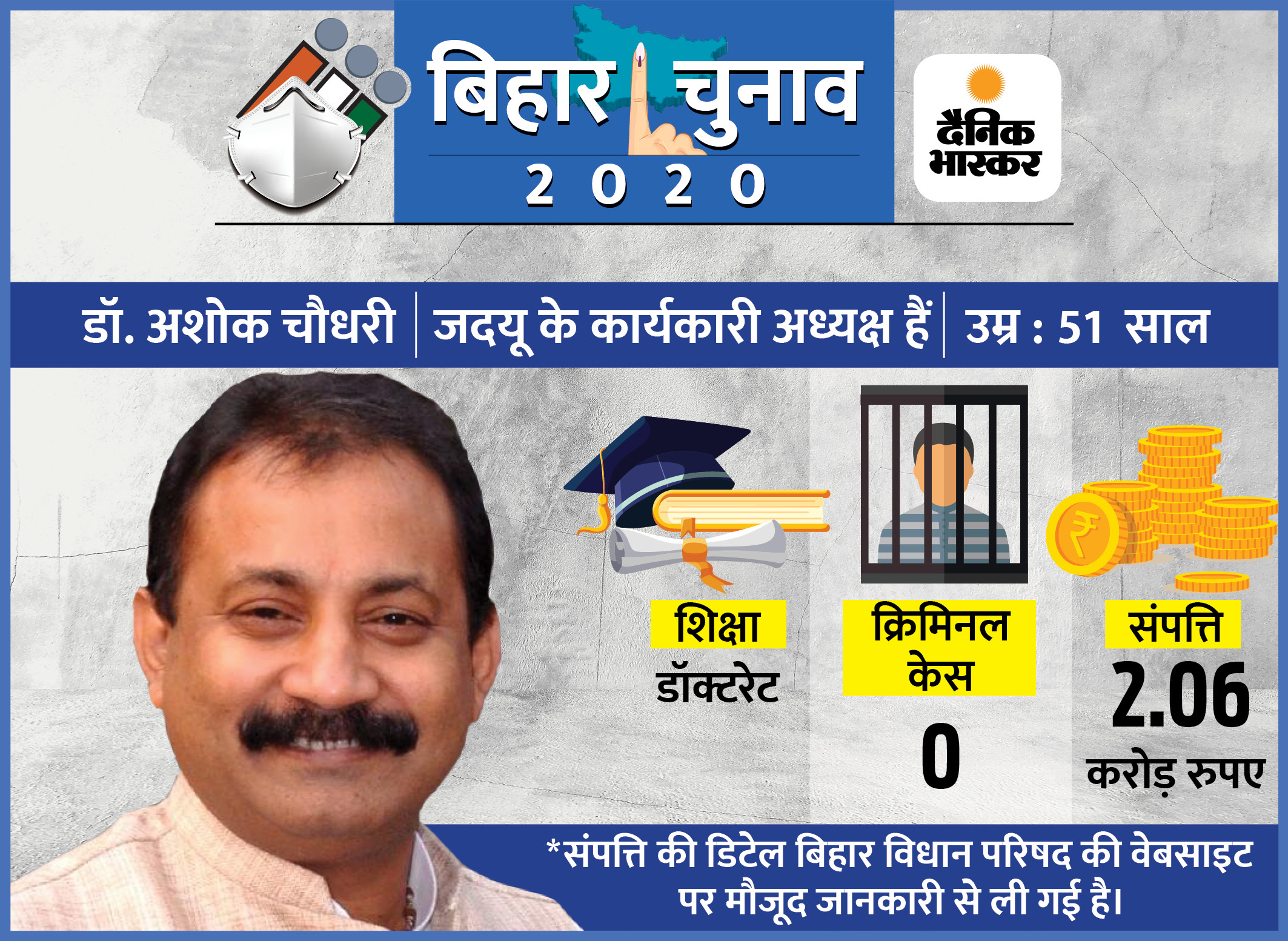 9. Santosh Suman Manjhi: Former Chief Minister Jitan Ram is the son of Manjhi. Santosh is a member of the Legislative Council. Santosh Manjhi We are the Principal General Secretary of the party and the Chairman of the Parliamentary Board. 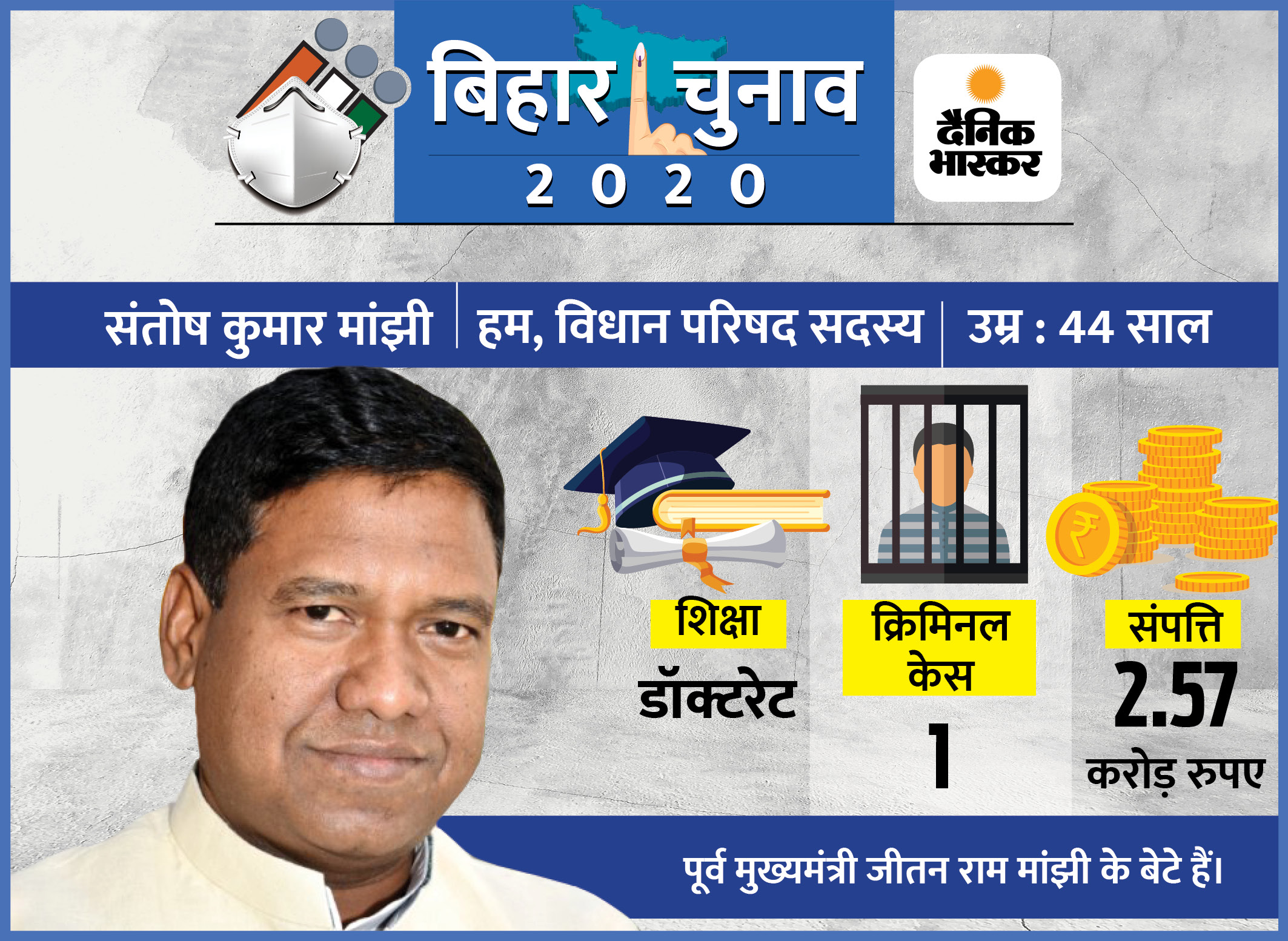 10. Mukesh Sahni: Vikas is the founder of Insan Party (VIP). He was previously a stage designer in Bollywood. Campaigned for BJP in 2015 election. Later formed her own party. The grand alliance was part of the 2019 Lok Sabha elections. This time Simri contested from Bakhtiyarpur, but lost to RJD's Yusuf Salahuddin by a mere 1,759 votes. 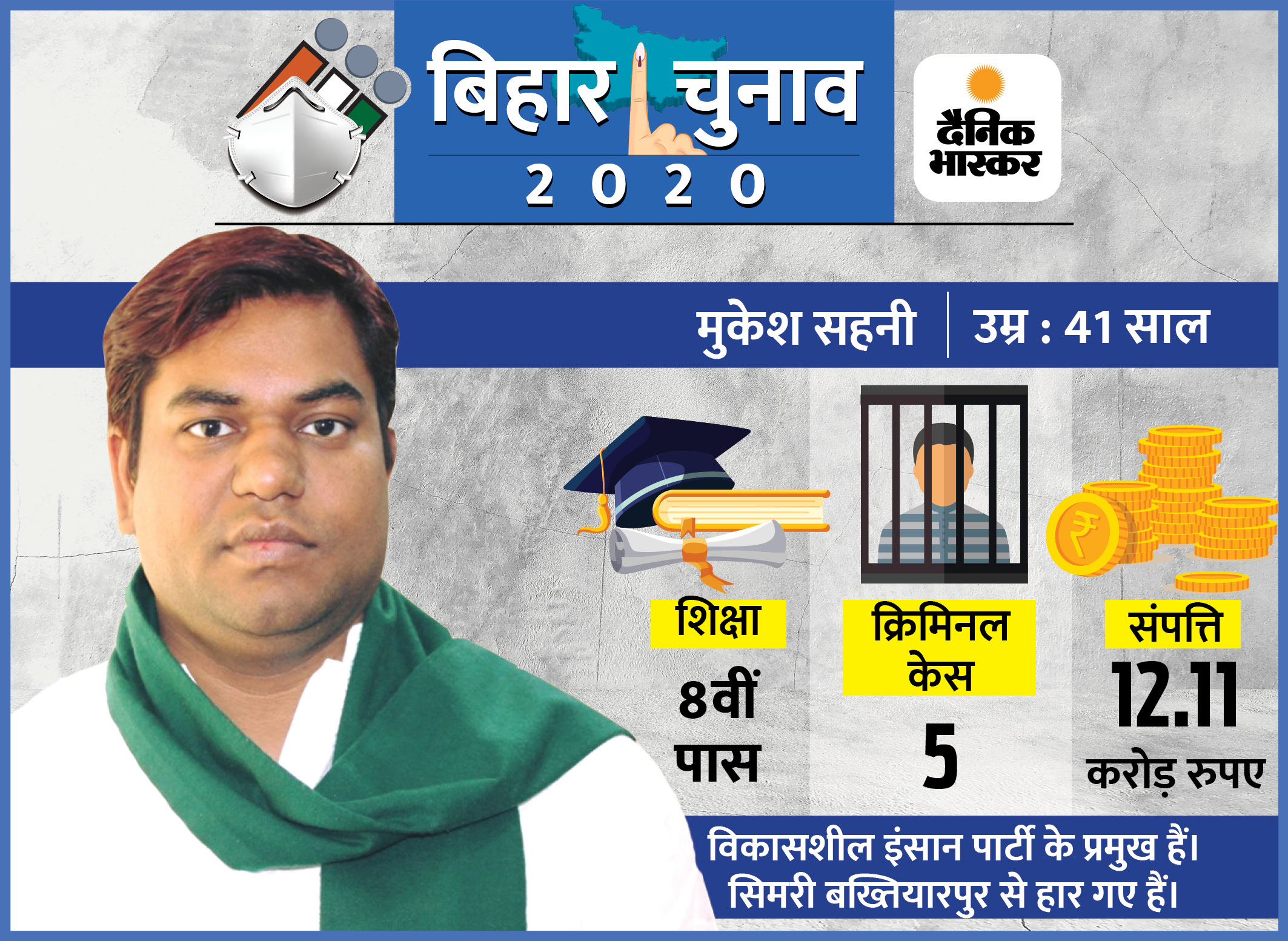 11. Mangal Pandey: Joined BJP in 1989. He was made the general secretary of the state BJP in 2005. In 2012, he was made a member of the Bihar Legislative Council. In 2013, he was made the President of Bihar BJP. The previous government had a health minister. 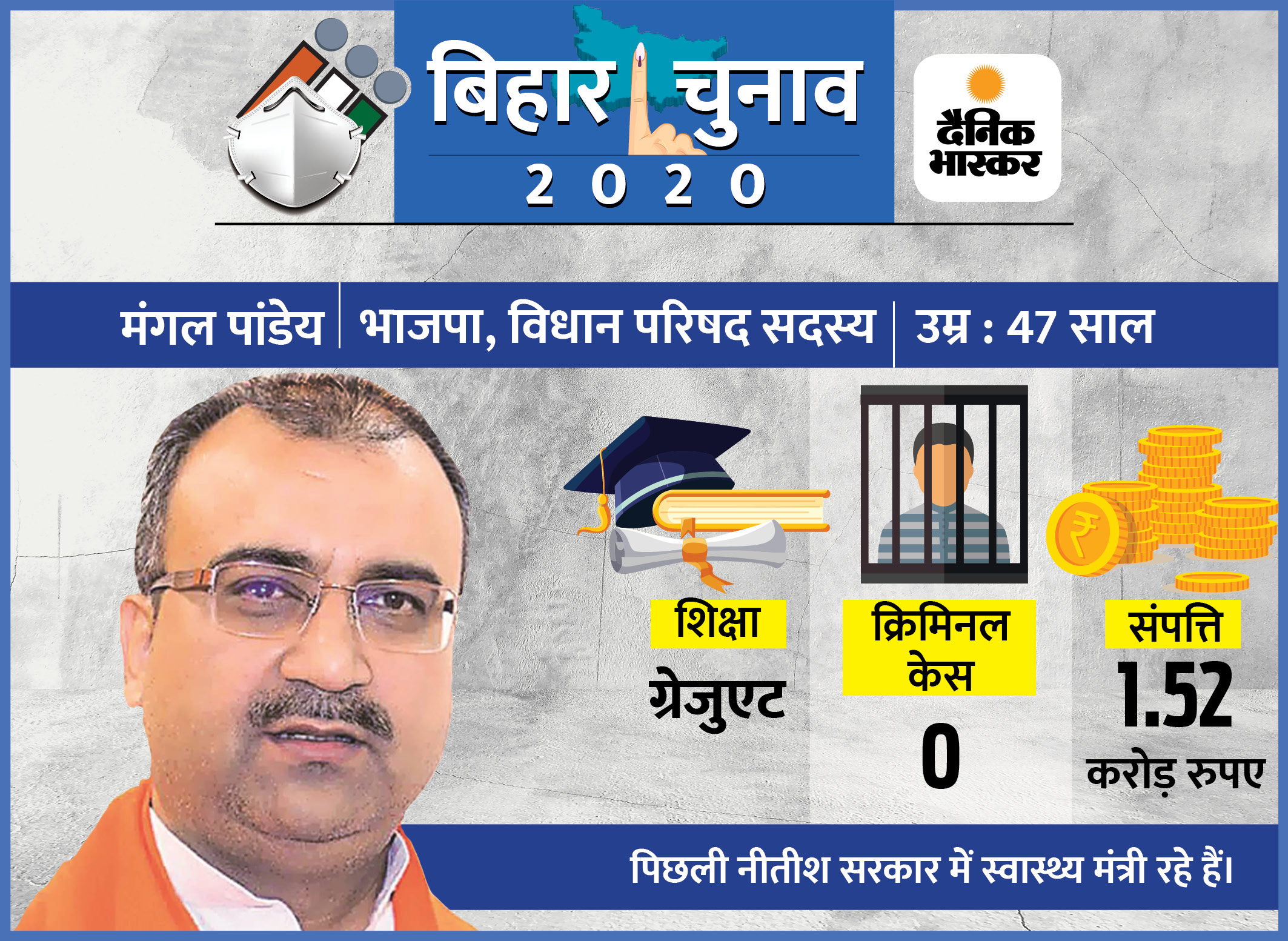 12. Amarendra Pratap Singh: Started politics with Jana Sangh. Arrah is elected MLA for the fourth time. His father Late There was Bihari Prasad Singh, a freedom fighter and farmer. He first contested from Jamshedpur Lok Sabha seat of Jharkhand in 1991, in which he lost. 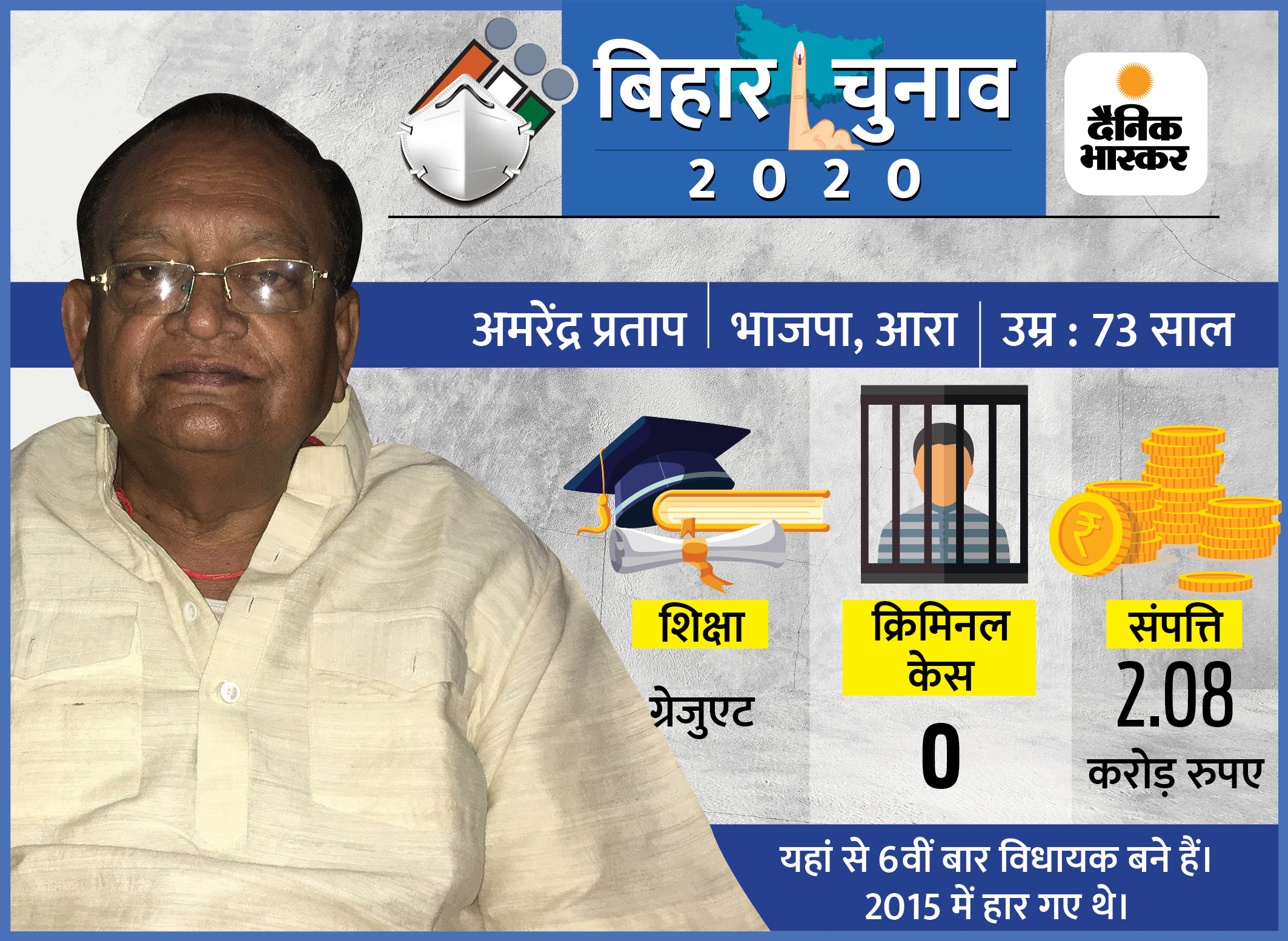 13. Dr. Rampreet Paswan: Is a four-time MLA. Became MLA from Khajouli seat first twice. Later won from Rajnagar twice in a row. In the past, Nitish has been a minister in the government. 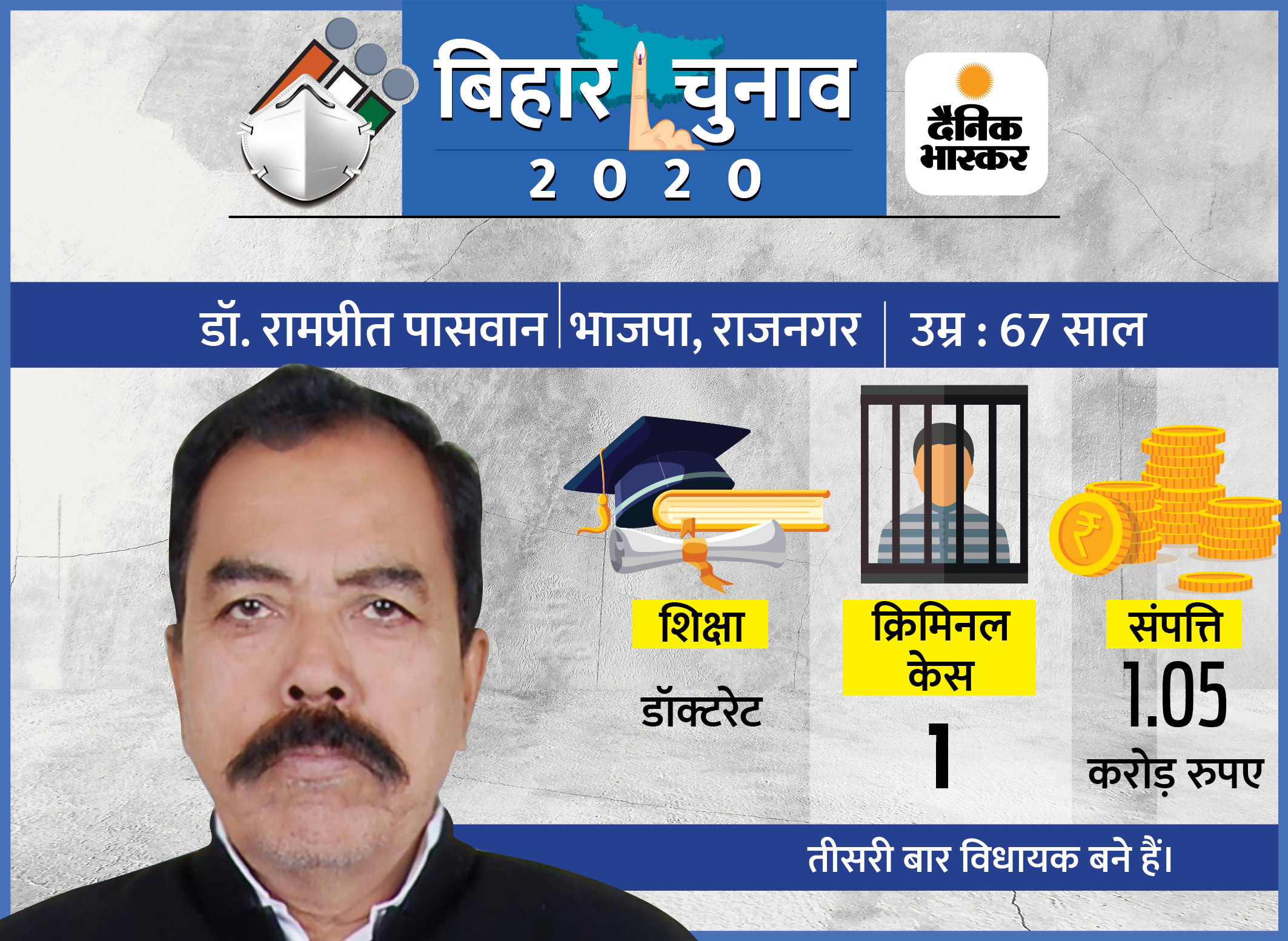 14. Jeevesh Mishra: For the second time, he has become an MLA from webs. Bhumihars come from the caste. He has defeated Muskur Usmani of Congress. Maskur Usmani was previously the president of the Aligarh Muslim University Students Association. He was accused of putting a photo of Jinnah in his office while being president of the student union. 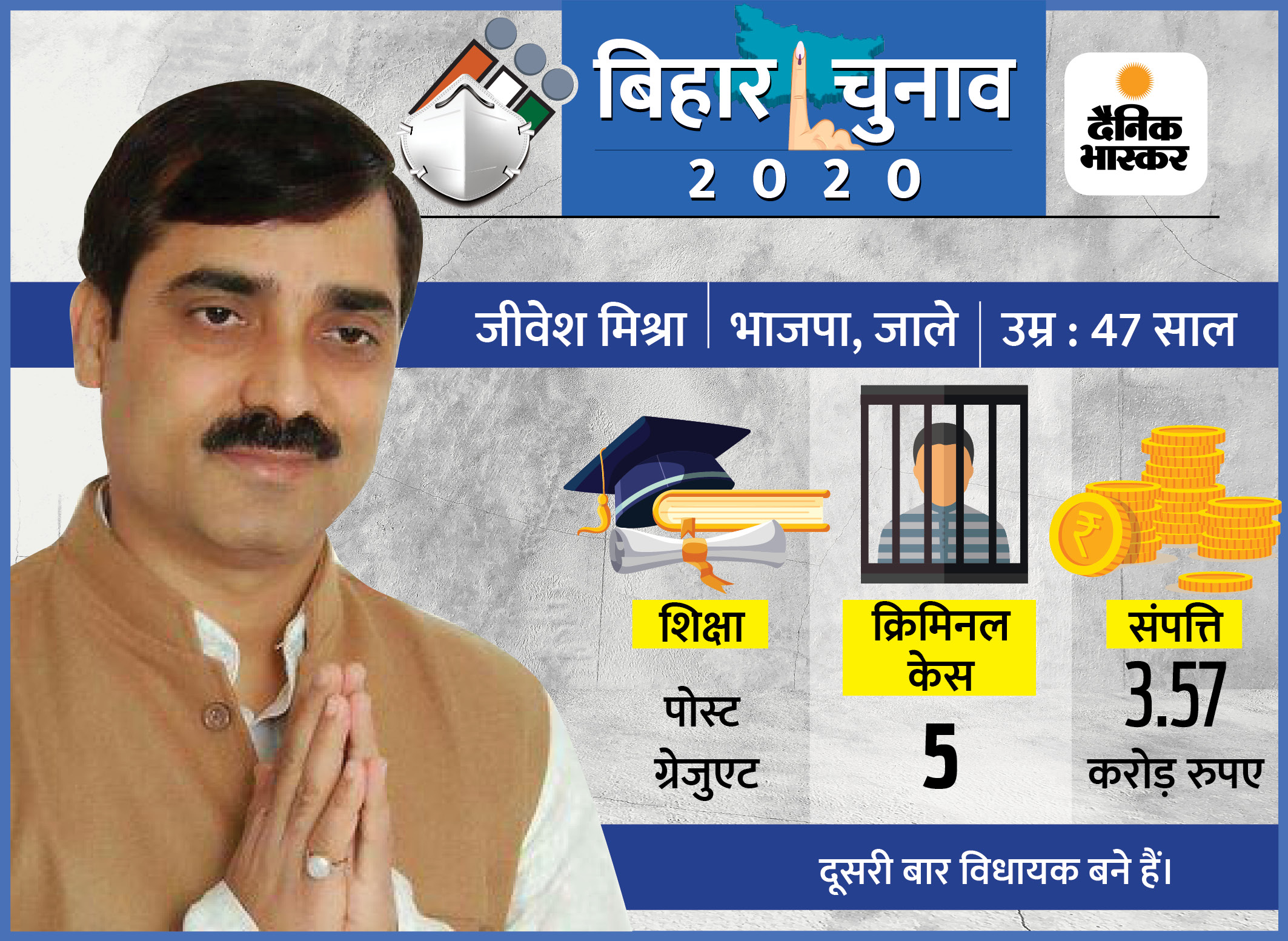 15. Ram Sundar Rai Started a political career with a by-election in 2009, but lost. Became MLA after joining BJP in 2010. Seven years ago Rai came into the limelight when the Naxalites demanded a levy (tax in a way) from him. 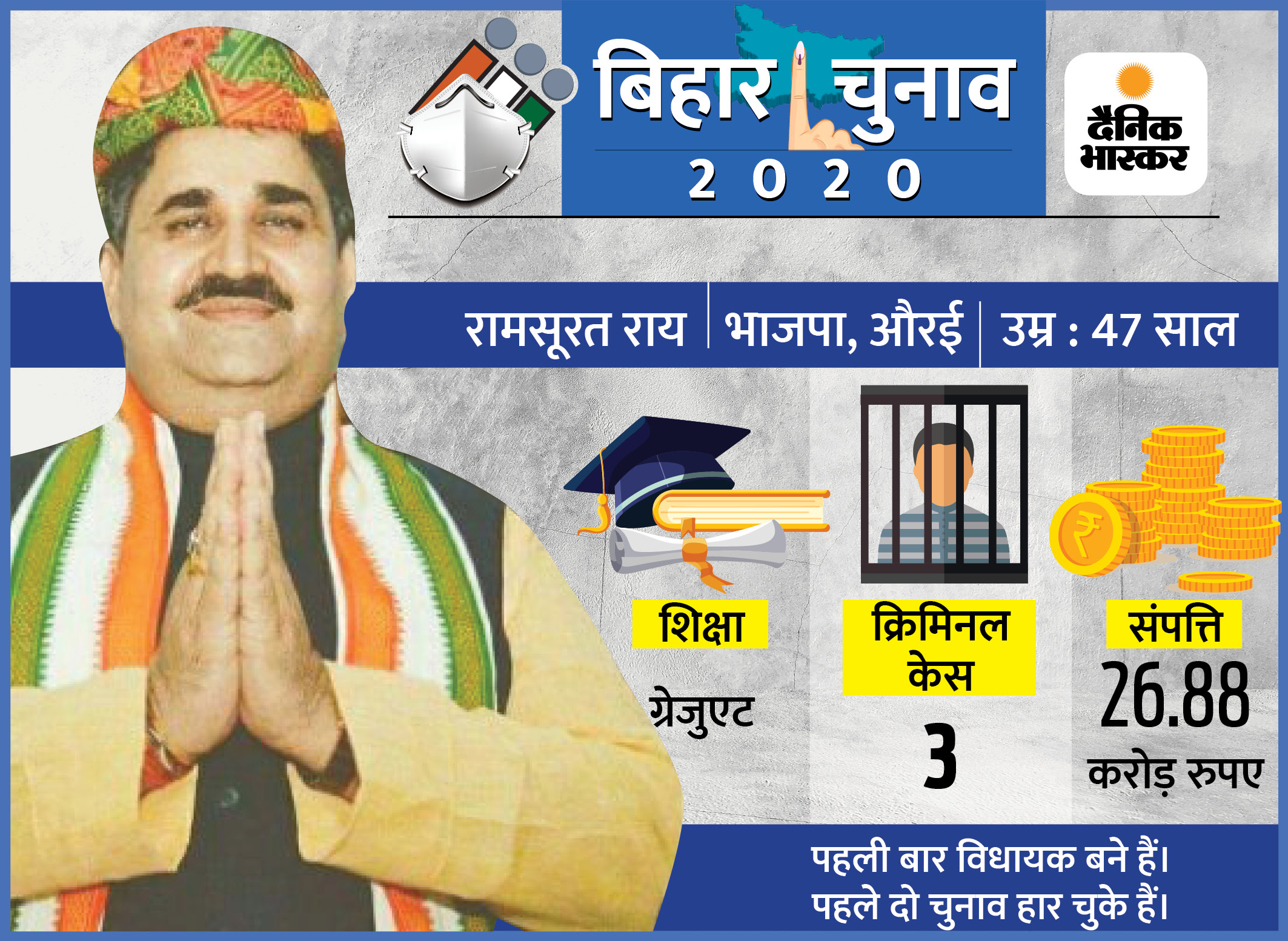