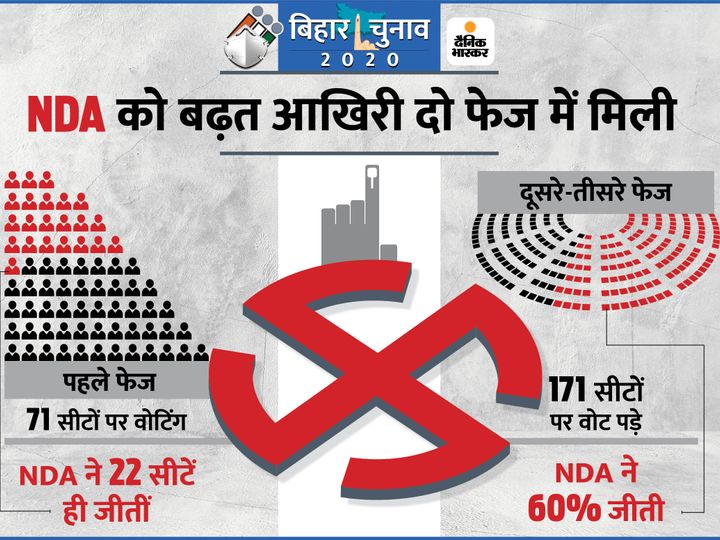 Bihar results have come. The NDA has won 125 seats and the Grand Alliance has won 110 seats. Others have 8 seats in their account. In the exit poll, the grand alliance was expected to form a government, but when the results came, the NDA was formed. Only in Bhaskar's exit poll did the NDA form the government, which proved to be correct. In this story, we will understand through 10 graphics that how did BJP become the largest party? Which of the 9 divisions of Bihar was ahead in which division? How was the situation in Muslim seats? Who won the reserve seat?

Elections were held in three phases, BJP got the maximum lead in the third phase

After 15 years, elections were held in three phases for 243 seats of Bihar. The Grand Alliance was ahead only in the first phase. NDA was ahead in both the remaining phases. In the first phase, the grand alliance took the lead and in the second and third phase the NDA took the lead. The BJP won 62 seats in the last two phases. 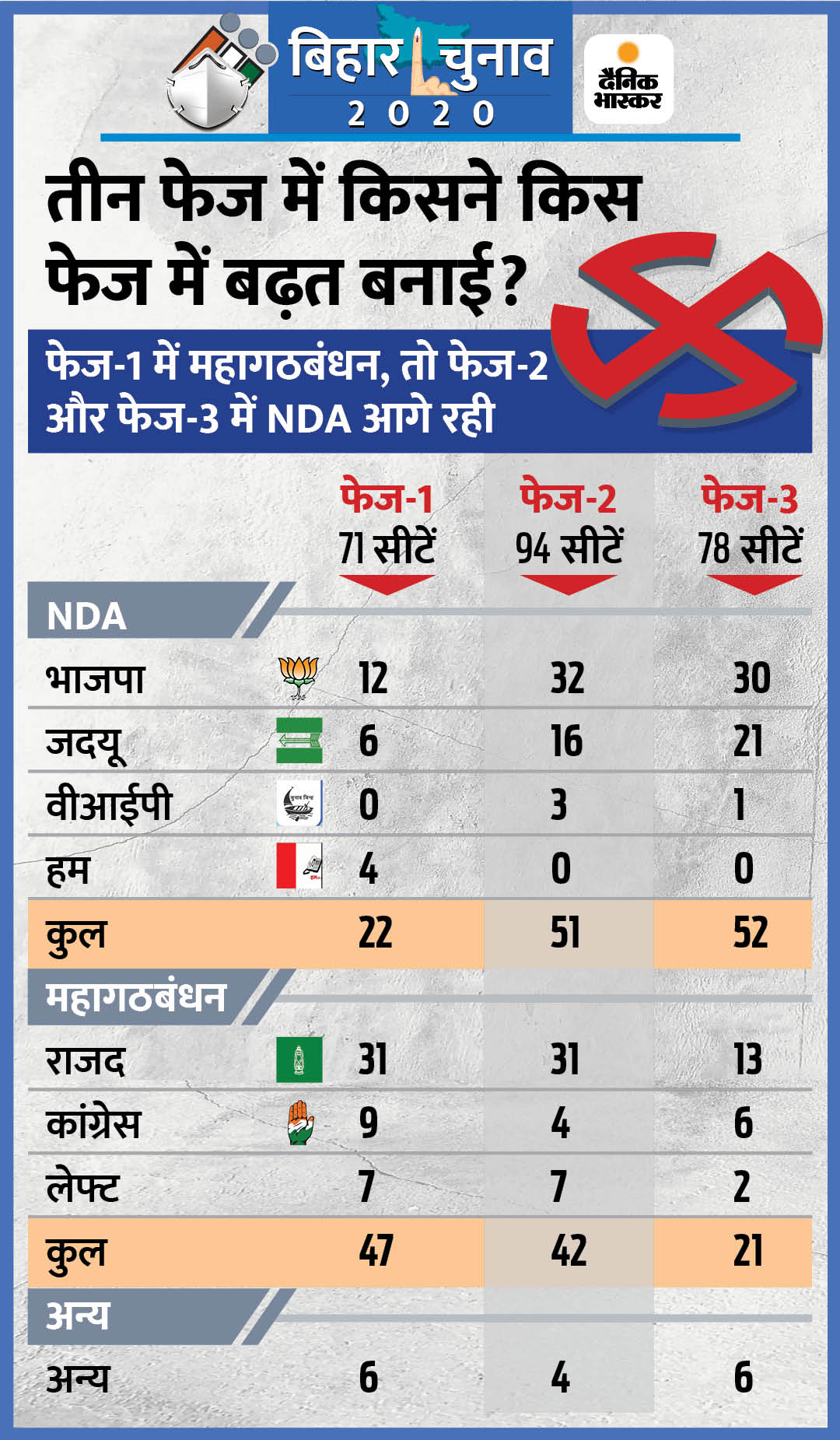 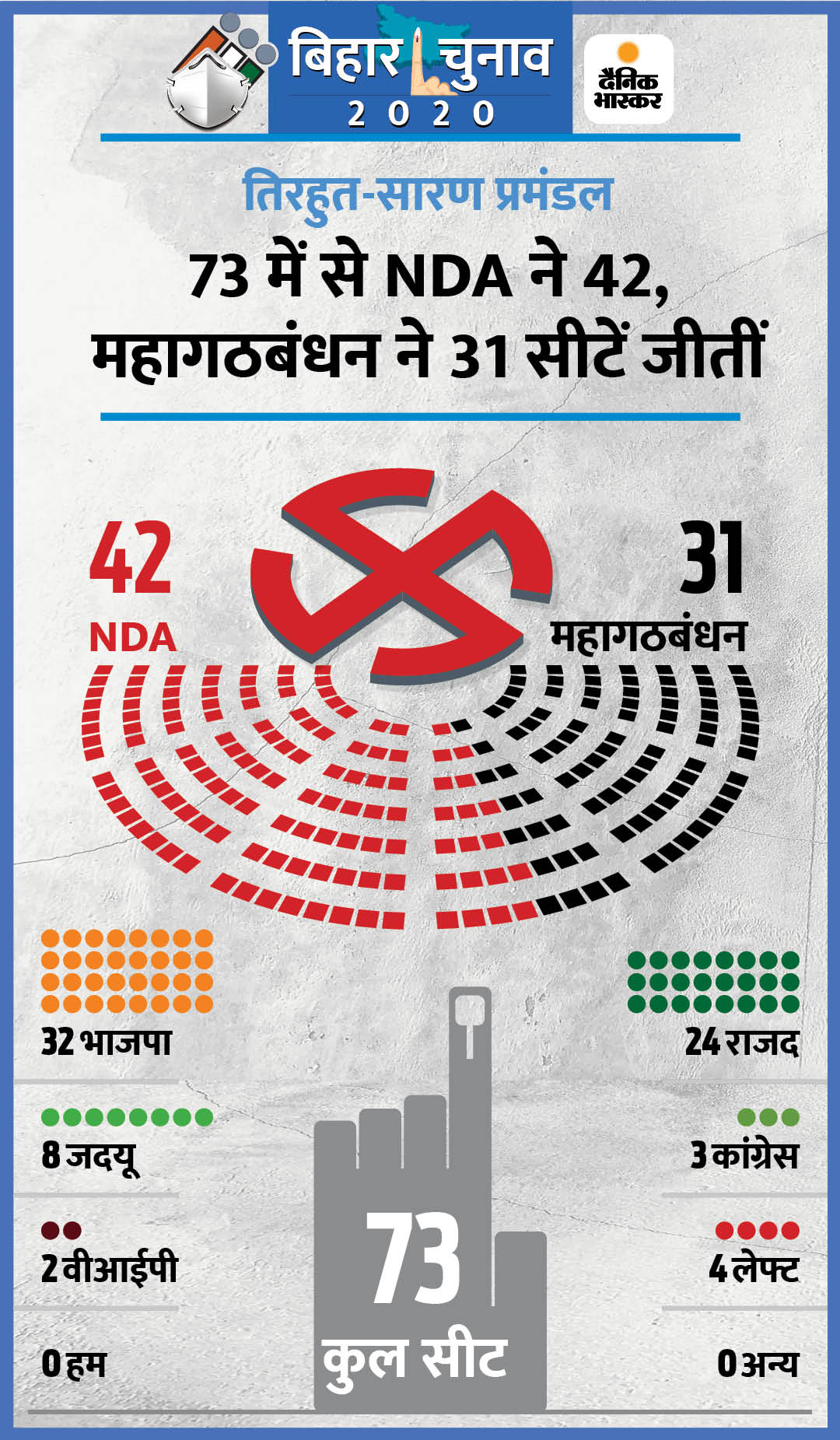 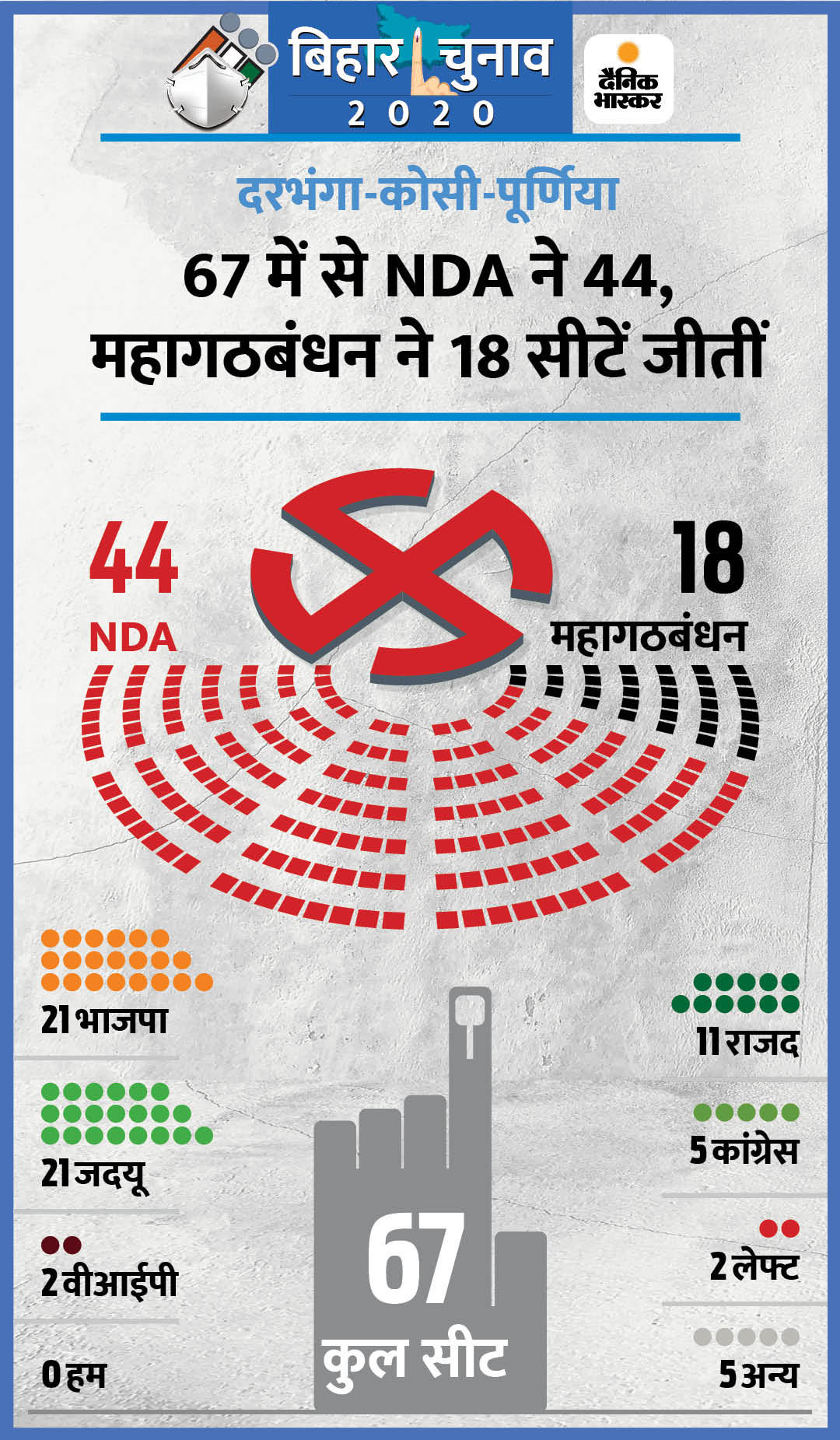 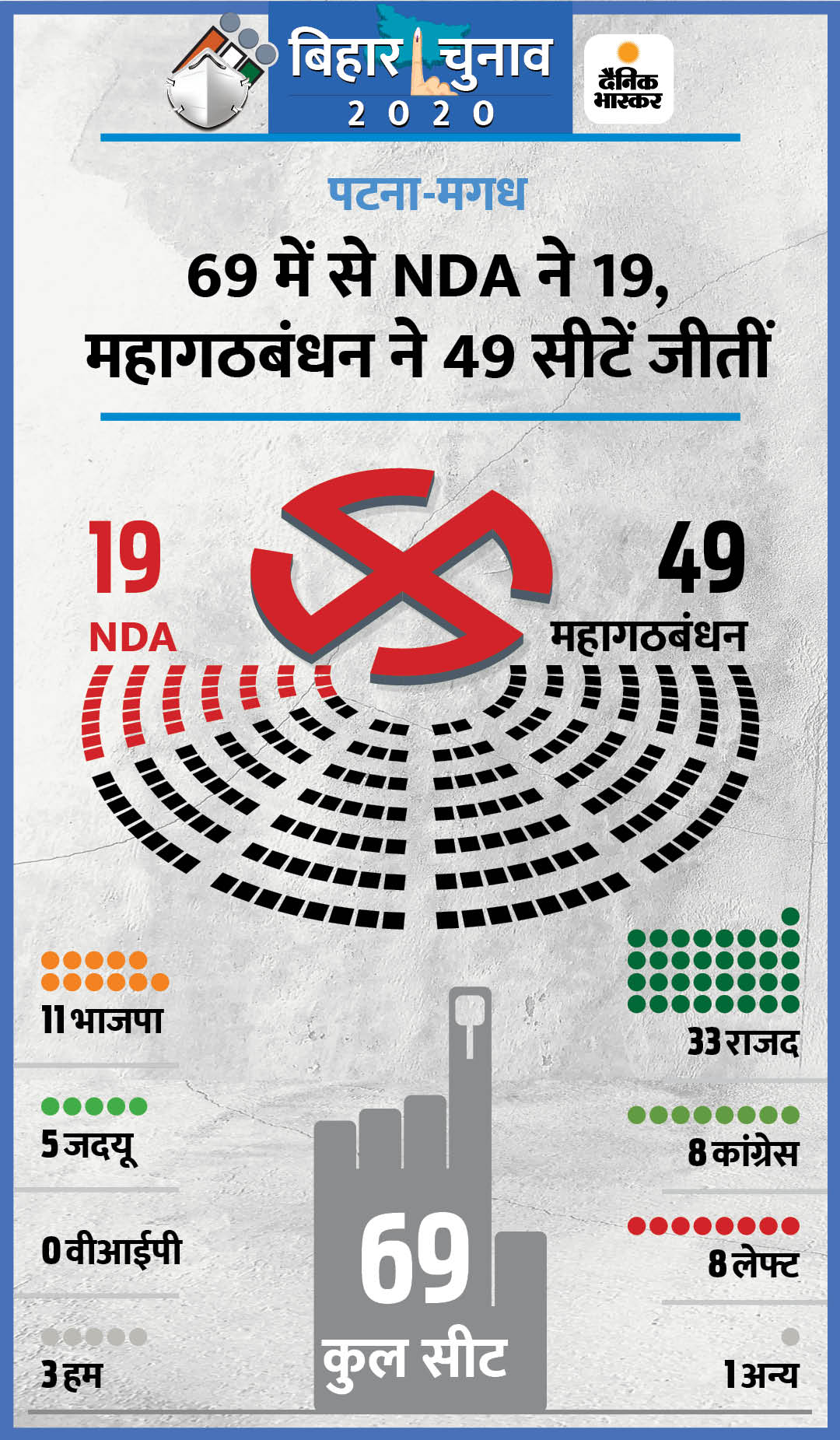 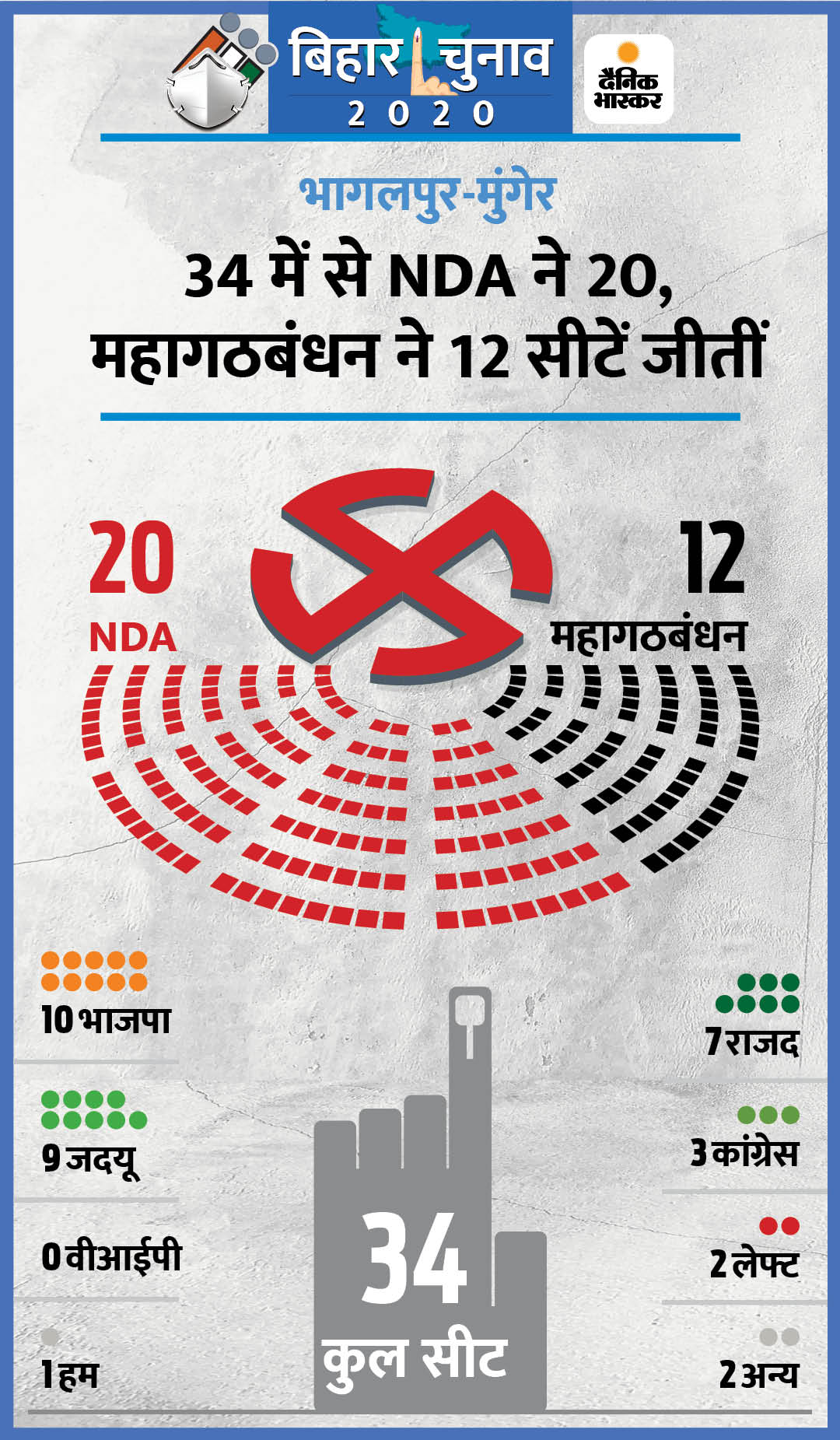 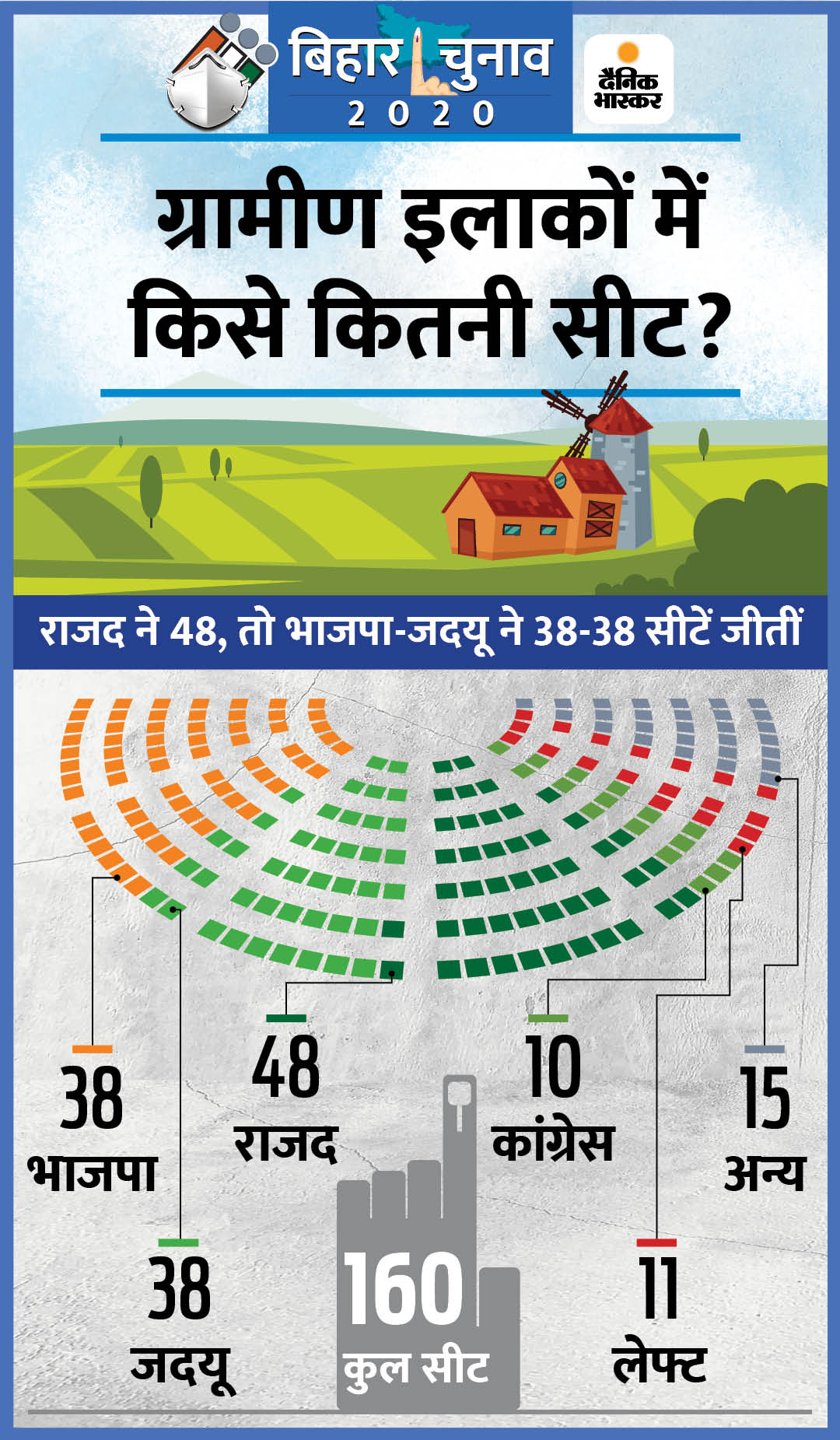 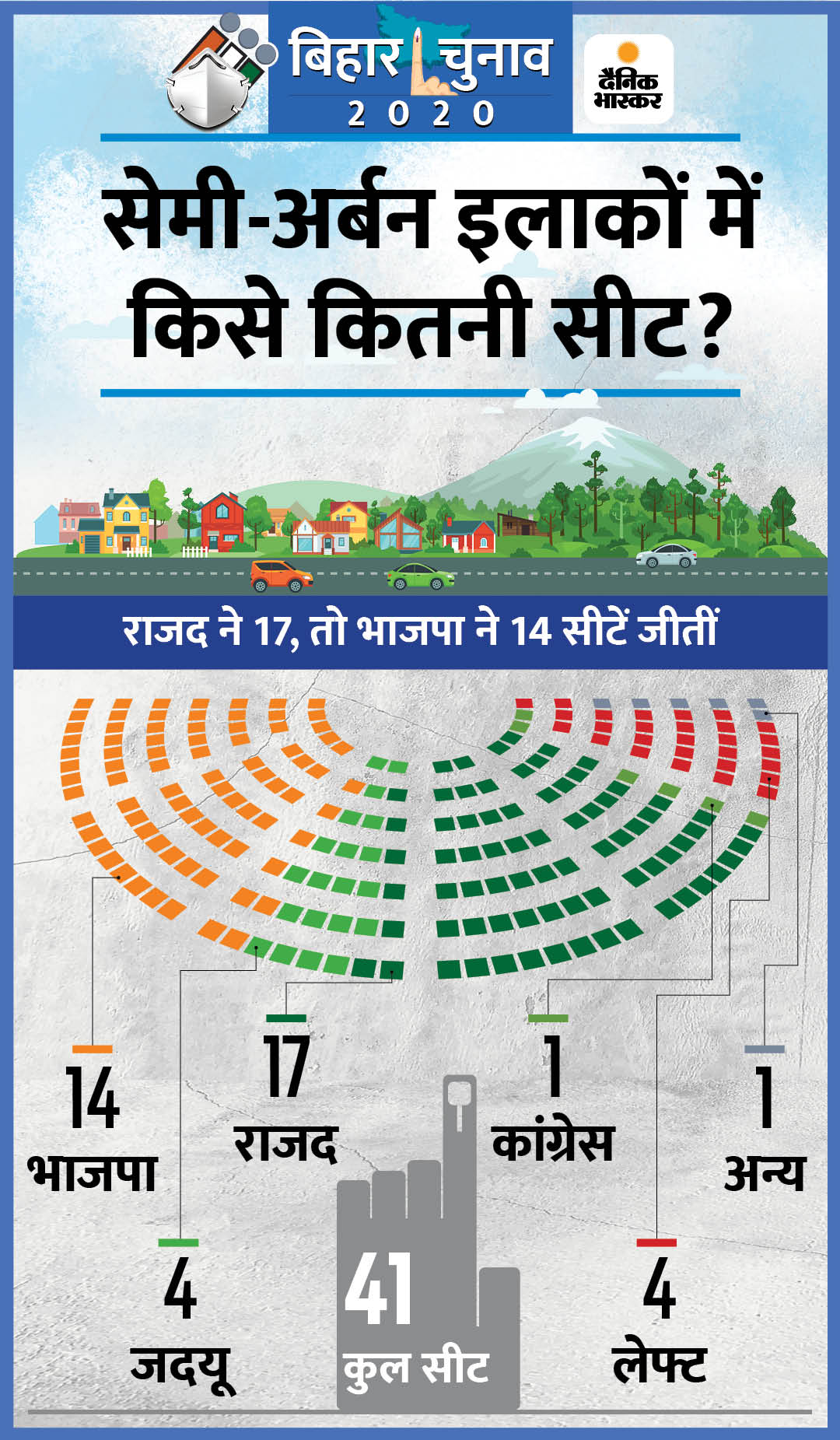 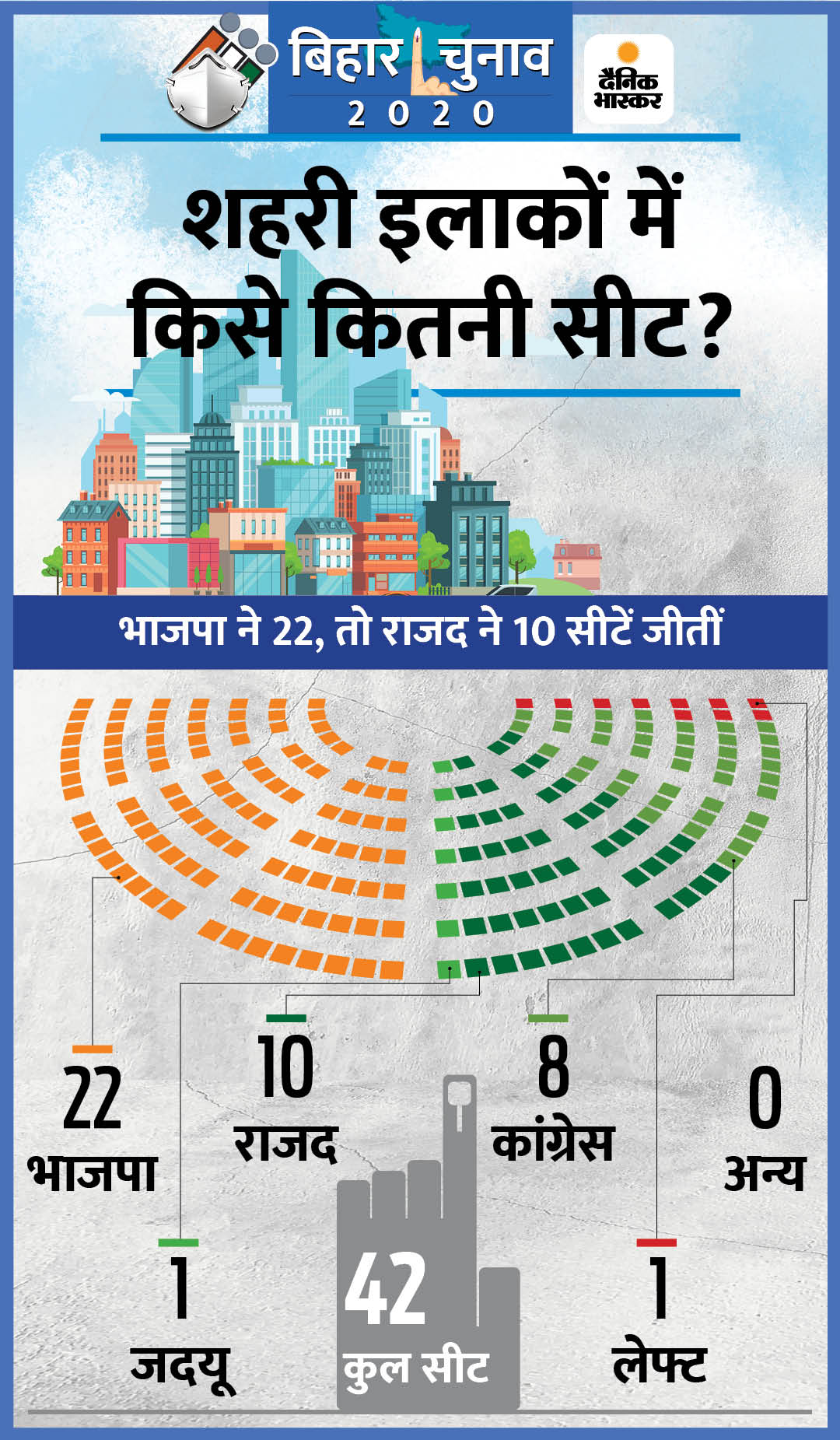 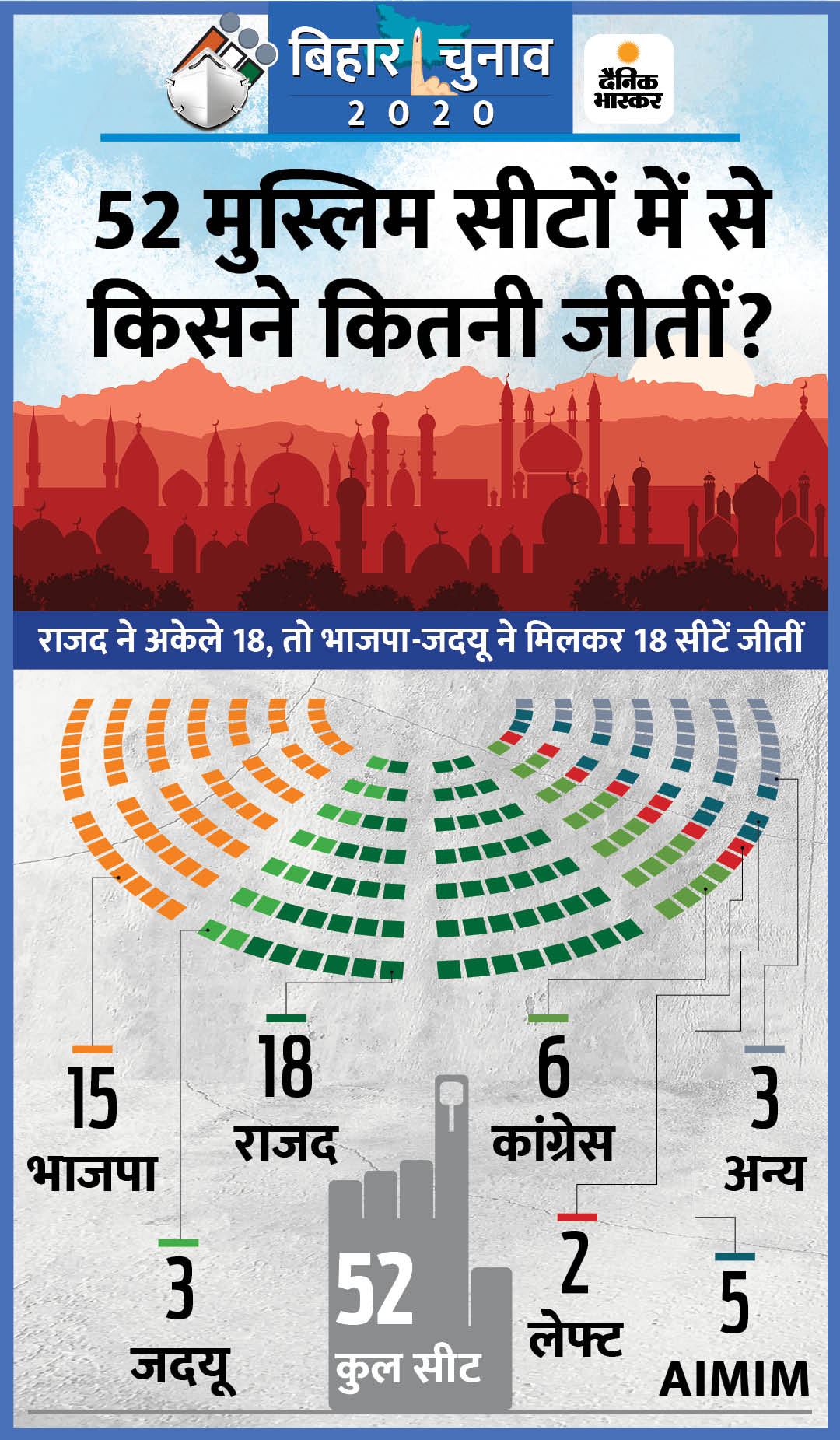 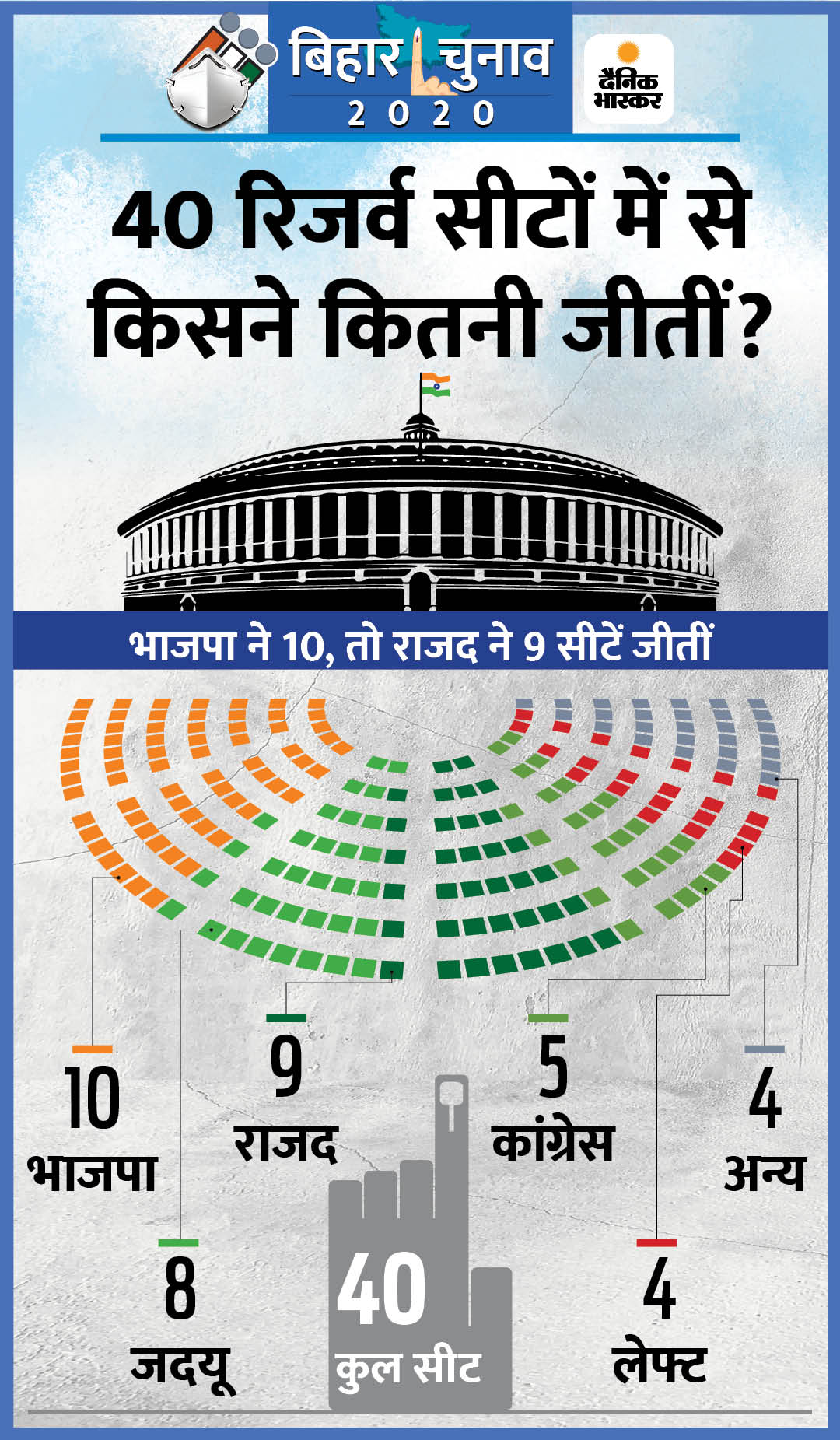